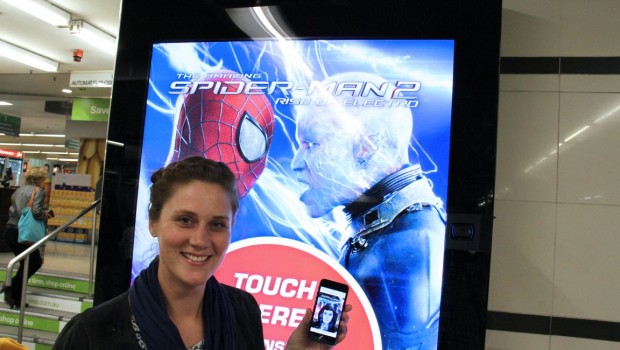 No-one releases Home Entertainment quite like this.  To bring to life the 3D, Blu-ray and DVD release of The Amazing Spiderman 2: Rise of Electro, Universal Sony Pictures Home Entertainment, Slingshot and Adshel have developed a unique ‘Electro-fy digital experience’ located in Sydney’s bustling Town Hall Station. As the first digital takeover of its kind, the ‘Electro-fy experience’ invites consumers to become the face of the Spiderman 2 villain. 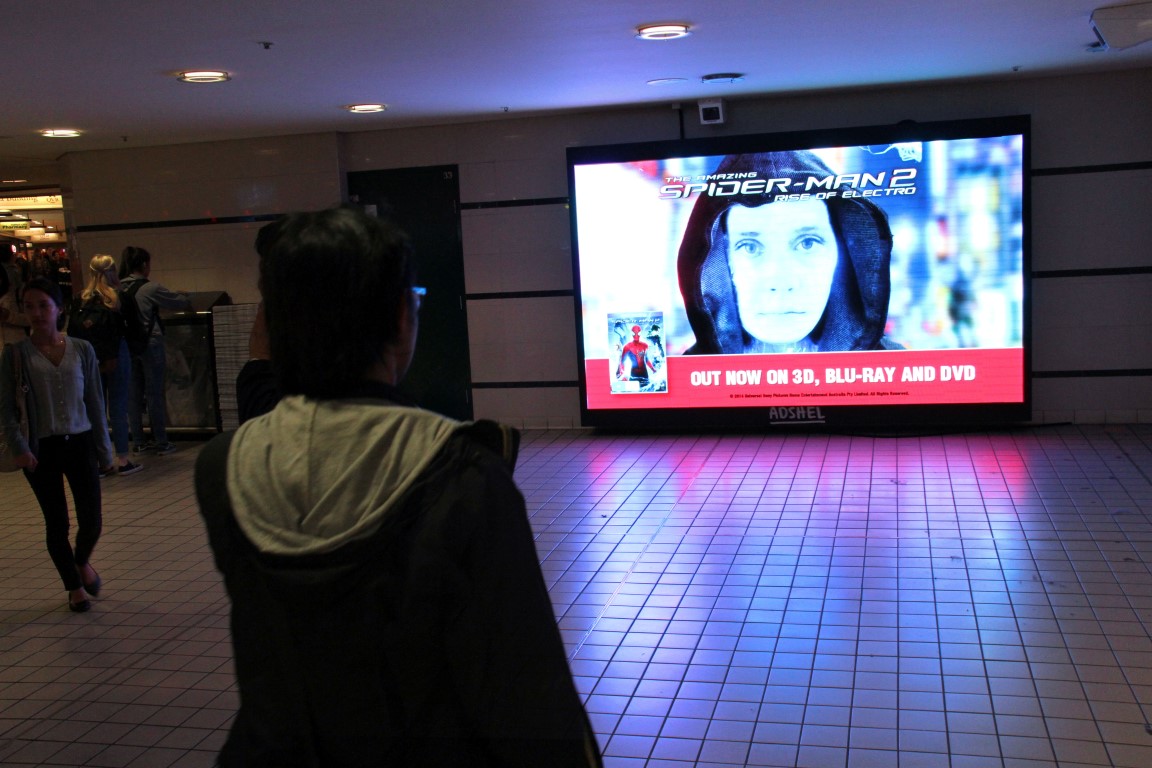 Adshel’s ‘Electro-fy interface’ gives members of the public visiting Town Hall Station the opportunity to immerse themselves into the fabric of The Amazing Spiderman 2: Rise of Electro, by morphing their image into Jamie Fox’s villainous character from the film.

This innovation is the first large scale app of its kind in Australia. The technology scans an image using sophisticated image recognition software, isolates the target image from a busy background and then morphs the image into Electro. The output image is then stored on a server which is then beamed across the Adshel Digital Rails Network, encouraging social sharing. The effect is similar to that of the iconic scene in The Amazing Spiderman 2: Rise of Electro where Jamie Fox’s character is beamed onto all the screens in Times Square, New York.