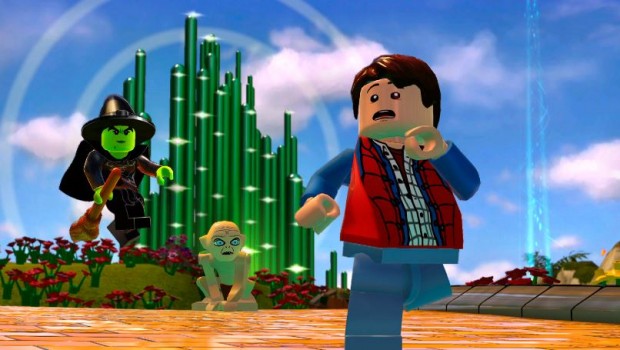 Unexpected Worlds Collide and All Boundaries Are Broken in LEGO Dimensions

Warner Bros. Interactive Entertainment today released the story trailer for LEGO Dimensions, the upcoming entertainment experience that merges physical LEGO brick building with interactive console gameplay. The game features an original story that combines characters and worlds from 14 of the most popular entertainment brands including DC Comics, The Lord of the Rings, The LEGO Movie, The Wizard of Oz, LEGO Ninjago, Back to the Future, Scooby-Doo, LEGO Chima, Doctor Who, Jurassic World, Ghostbusters, The Simpsons, Portal and Midway Arcade.

In the game, there is an ancient planet at the center of the LEGO Multiverse inhabited by an evil mastermind, Lord Vortech. It is said that he who controls the Foundational Elements that this planet is built upon, controls all of the Multiverse. Lord Vortech has vowed to be that ruler, summoning characters from a variety of LEGO worlds to help him find these building bricks of LEGO civilization. Some have agreed, others have rebelled, and only the combined powers of the greatest LEGO heroes can stop him.

When a mysterious and powerful vortex suddenly appears in various LEGO worlds, different characters from DC Comics, The Lord of the Rings and The LEGO Movie are swept away. To save their friends, LEGO Batman, LEGO Gandalf and LEGO Wyldstyle journey to locations beyond their wildest imaginations, and they soon realize that Lord Vortech is summoning villains from across different LEGO worlds to help him gain control. As his power grows, worlds mix, unexpected characters meet and all boundaries are broken. Our heroes must travel through space and time to rescue their friends before the vortexes destroy all of LEGO humanity.