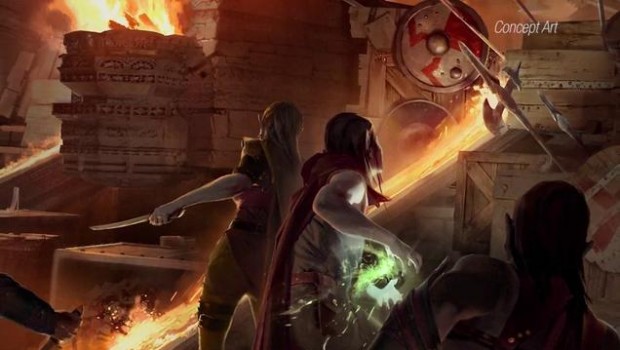 Here’s the latest Underworld Ascendant video from OtherSide Entertainment, which has been released today.

With Underworld Ascendant, our aim is to take sandbox play to a whole new level. To offer players greater freedom of choice, and more open-ended ways to come up with their own clever solutions to challenges. Making this all happen is the Improvisation Engine, which provides an array of sophisticated technologies for unleashing player creativity.”

“In Underworld Ascendant, instead of the designers scripting a set solution path for a player, the Improvisation Engine puts the problem solving in the player’s hands.

“Our designers lay out an encounter; setting up the monsters, traps, the physical layout, and the like. Then the world simulation is turned on. A set of fairly complex interactions and dynamics take place of their own accord. The player comes into this dynamic mix, and can permeate this situation in whole range of ways, some of which the designers may have never imagined.”