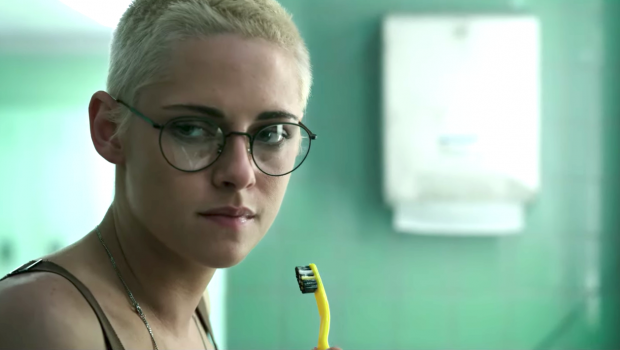 Summary: On an underwater drilling rig in the Mariana Trench things go wrong and the handful of survivors try to make their way to safety, not knowing an ancient evil has been unleashed and is out for their blood.

Not Ellen Ripley vs. Not Aliens

On an underwater drilling rig in the Mariana Trench things go wrong and the handful of survivors try to make their way to safety, not knowing an ancient evil has been unleashed and is out for their blood.

An odd-duck of a film this, it was filmed over three years ago and then one of the stars got caught up in #MeToo allegations so they shelved it. Seems like they just snuck it out in the Oscars season to bury it as there is a lot of the bigger movies around.

Seems to have been inspired by a lot of different sources from HP Lovecraft, Aliens, the Abyss and even video games such as XCOM: Terror from the Deep. Some things look like they may have been meant to be in a more interesting movie such as the opening titles that reminded me of the Monarch secret files at the start of Godzilla (2014) and certain plot points that are introduced and then discarded for no reason at all. “Is it real, is it not?” is not something you just toss around like nothing and not do anything with it.

Kristen Stewart plays the “Not Ellen Ripley” role and gets to run around in her underwear and tank top. I did cheer much too loudly when she punched the whiny character.

Not sure why an underwater platform would have so much concrete in it given the logistics of getting that much weight 11km down, but a lot of things in this film do not make that much sense.

Vincent Cassel as the Captain is a pretty solid role, one that Jean Reno would have played back in the day I am sure. Holy shit! He was in La Haine?

It’s OK I suppose, but there is no need to rush to see this. Wait until it comes out on streaming or DVD.