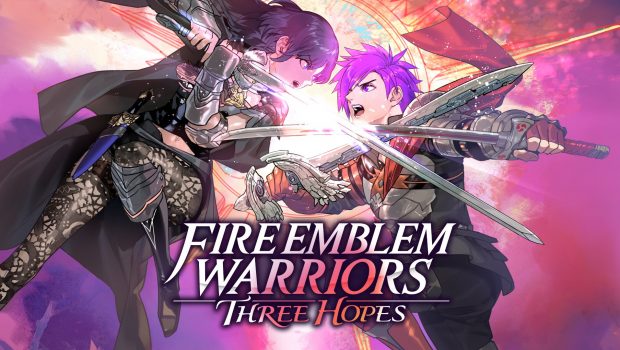 Fire Emblem Warriors: Three Hopes, the latest game in the Warriors series, is out now for Nintendo Switch, featuring a different story set in the familiar universe of Fire Emblem: Three Houses.

In this new tale, the future rulers of the three nations that govern Fódlan cross paths with Shez – a mercenary on a mission and the protagonist of Fire Emblem Warriors: Three Hopes. Shez is on a quest for answers after suffering a brutal defeat at the hands of the mysterious Ashen Demon. Players will guide them through this yet unseen story and its diverging paths.

They can put their tactical abilities to the test by giving orders to allies in real time, while hacking and slashing through hordes of enemies. Some strategical elements from Fire Emblem: Three Houses are also making a comeback.

Edelgard, Dimitri and Claude, leaders of the Officers Academy’s three mighty houses, are back as well, along with their members brimming with personality. Before heading into the fray, it is possible to explore the encampment and interact with allies during training, tasty meals and conversations. By strengthening their bonds, allies will share personal stories and unlock new abilities that could turn the tide of battle.

Players can start their adventure with a demo for Fire Emblem Warriors: Three Hopes, now available in Nintendo eShop. They will be able to carry over their progress after purchasing the full game.

Fire Emblem Warriors: Three Hopes is out now on Nintendo Switch. Players can discover a different story set in the familiar universe of Fire Emblem: Three Houses, put their tactical abilities to test, and forge meaningful relationships with their allies while guiding a mercenary who was meant to fade from the pages of history to their ultimate destiny.