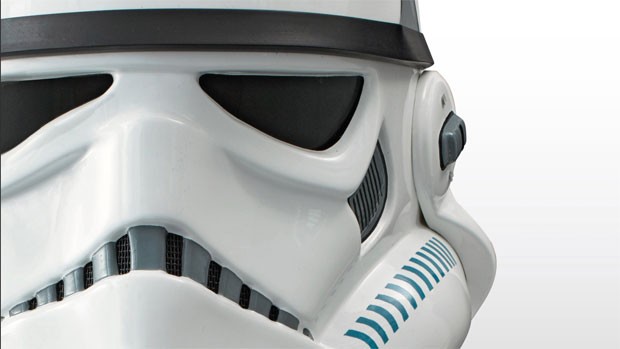 This beautifully presented book from DK is for now, the ultimate guide to Star Wars that takes readers into this amazing science fiction universe created by George Lucas. With a foreword written by Anthony Daniels who played C3PO from the films, an etiquette and protocol droid who definitely added some humour into the franchise but with the book, Anthony gives the reader a great insight into the franchise from a personal perspective.

The book is also written by Ryder Windham, Adam Bray, Daniel Wallace and Tricia Barr who not only create an easy to read title but they are definitely quite knowledgeable about Star Wars which really shows. The book even comes with a hardcover slipcase to keep your Star Wars tome well protected… it’s almost like a family heirloom with the main cover featuring the duel between Luke Skywalker and Darth Vader. 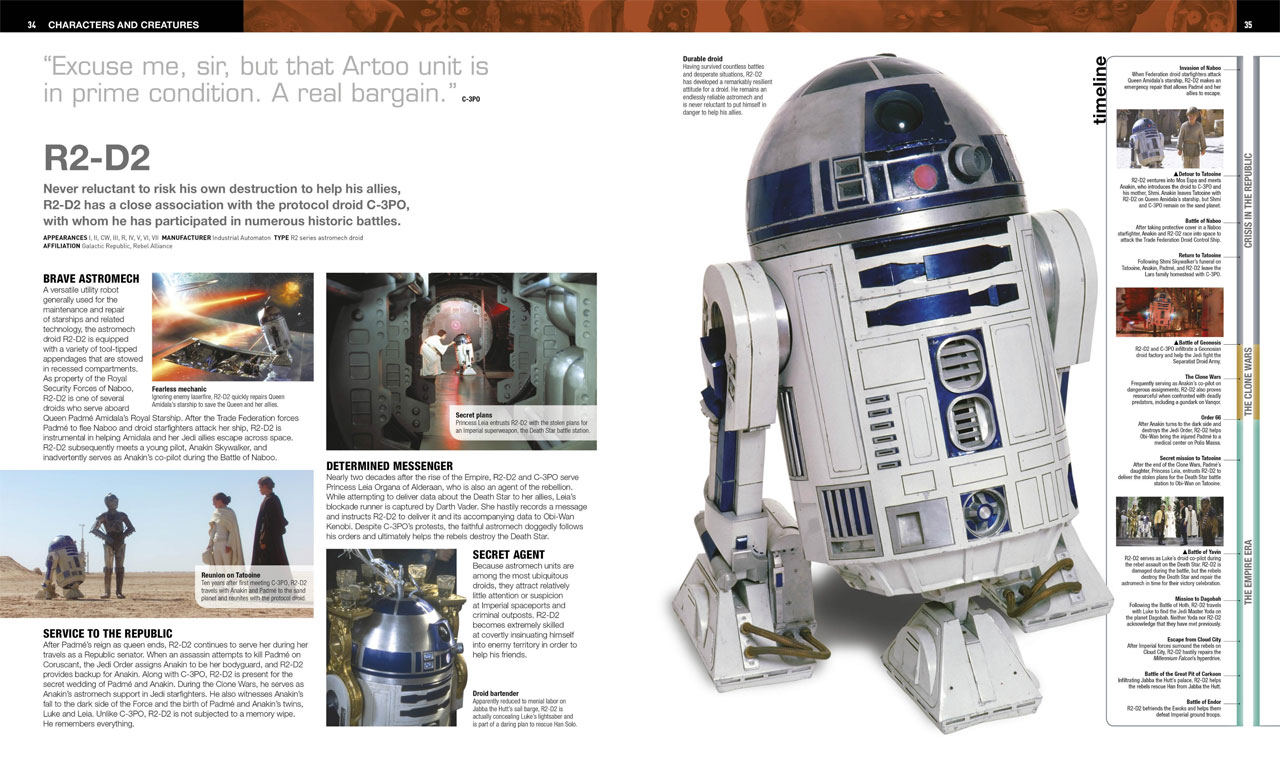 So at its “Jedi” heart, the Ultimate Star Wars Book goes into great detail about the characters, creatures, locations, technology and vehicles from this universe. This includes all current six films and the animated series that include The Clone Wars and the Rebels.

For the central characters such as Han Solo, R2-D2 or Emperor Palpatine (aka Sheev Palpatine) for example, there is considerable more information, however what I like about this book is that the writers also focus on some of the smaller characters which not only brought back fond memories but gives the reader a great insight into the Star Wars galaxy. Some of the highlights for me were reading about the Millennium Falcon, a section on lightsabres and of course the Jedi Council which were decimated in Episode III.

To complement the amazing information presented in this book, there’s a whole wealth of high quality pictures to accompany the text that includes photos, paintings and drawings of these timeless characters. Best of all, this “encyclopaedia” is the perfect refresher for the upcoming film, Star Wars The Force Awakens and definitely helps you link all the characters, locations and vast history of this franchise. The only drawback of this compendium is that don’t expect to find any secrets of the new movie which of course is totally understandable. Hopefully DK can do an additional compendium to support The Force Awakens. 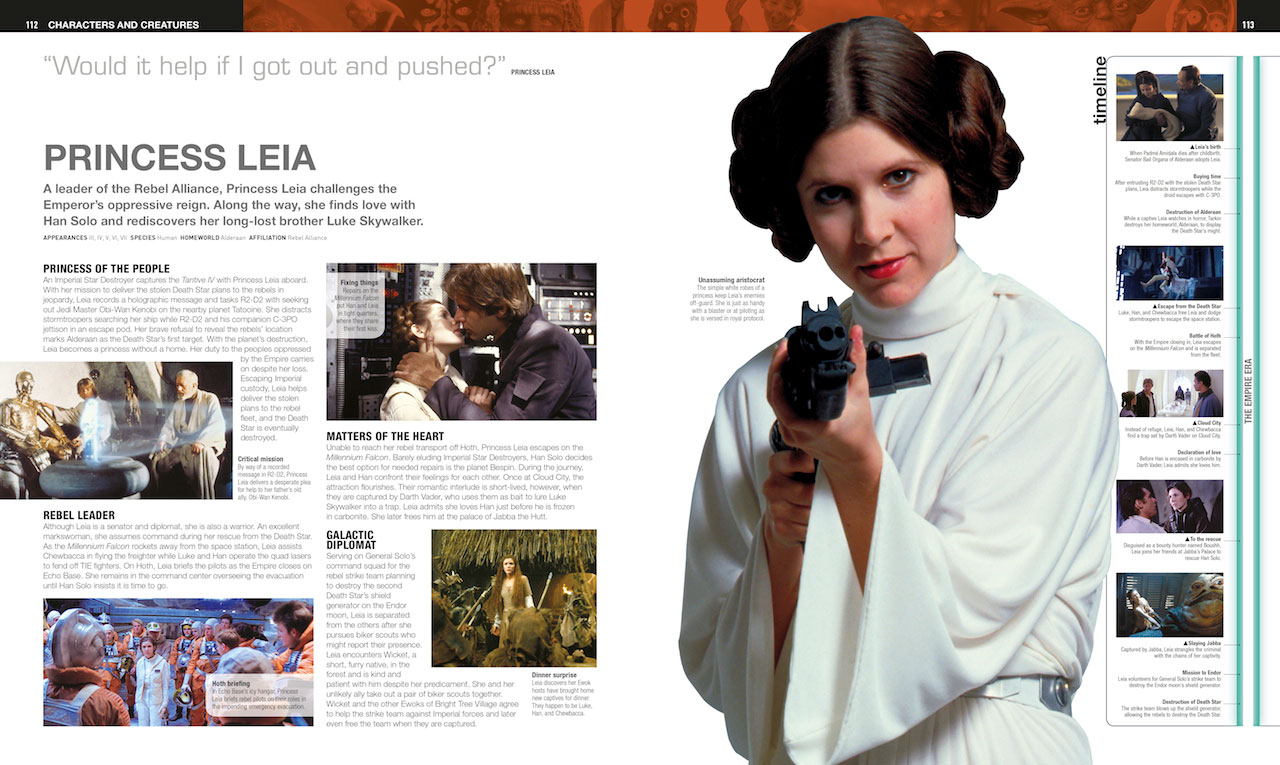 For those wanting to know about the vehicles in the Star Wars universe, this book boasts some detailed information about these creations such as the deadly Death Star that destroyed Alderaan to speederbikes that ruled the forests of Endor to even the Jawa sandcrawler that scoured the planet of Tattooine for junk. Add in the various locations from this universe and its technology and this book really serves as a great historical account from this fictitious universe and its timeline.

Given that I was a huge fan of the films, I loved the fact that this book took me into the extended universe which includes the cartoons and as a result, has made purchase the DVD’s to find out more. Another cool part of the book is that it informs the reader of the first appearance of the character or the vehicle which provides an excellent link. 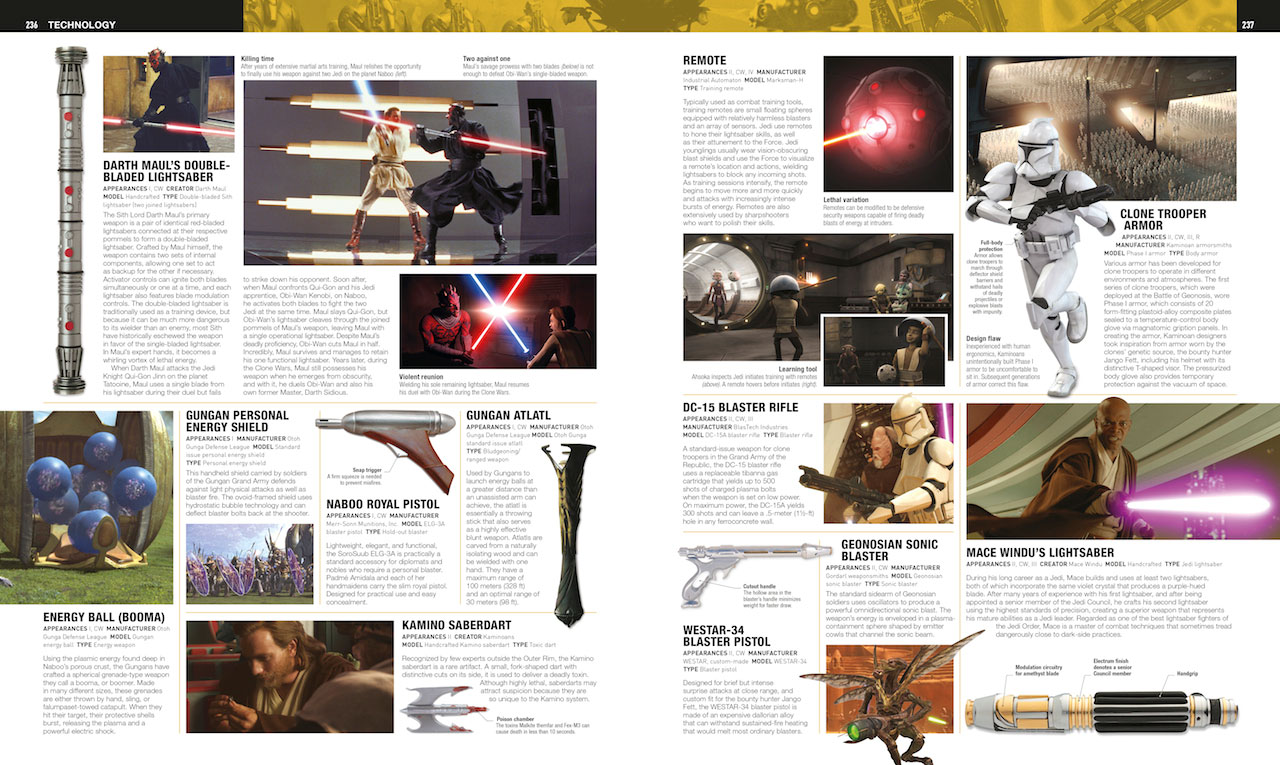 If you’re a Star Wars fan then this book is a must have that is not only well written but contains some beautiful images to accompany the detailed text. Given the high quality production from DK, I really cannot fault this book and with only months to go before the new film is released, the Ultimate Star Wars book is the perfect title to keep you informed, entertained and to help (not that it’s needed) with the hype of The Force Awakens. The 320 page hardcover book also boasts some fun “Behind the Scenes” snippets which give you some additional and fun information… of course, the two-page spread of Vader’s Revelation really resonated with the child inside me that had me grinning from ear to ear. 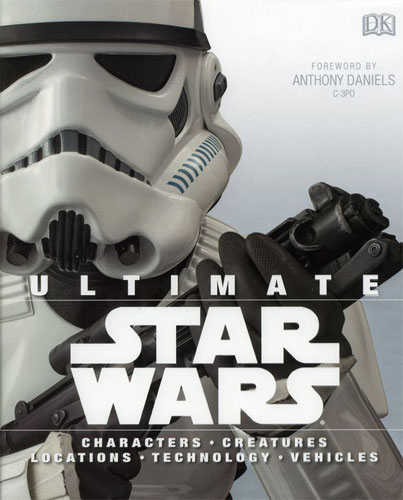 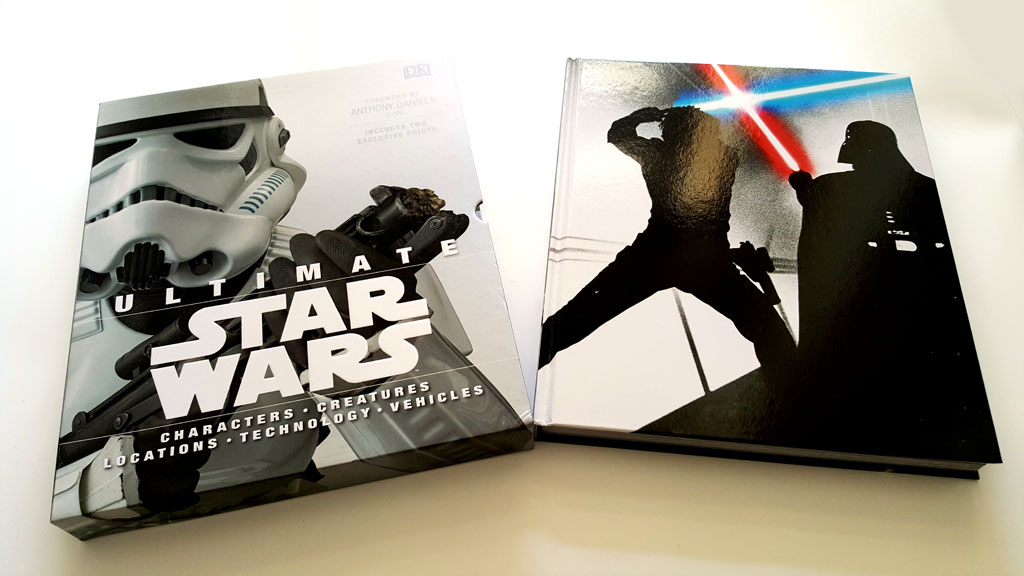 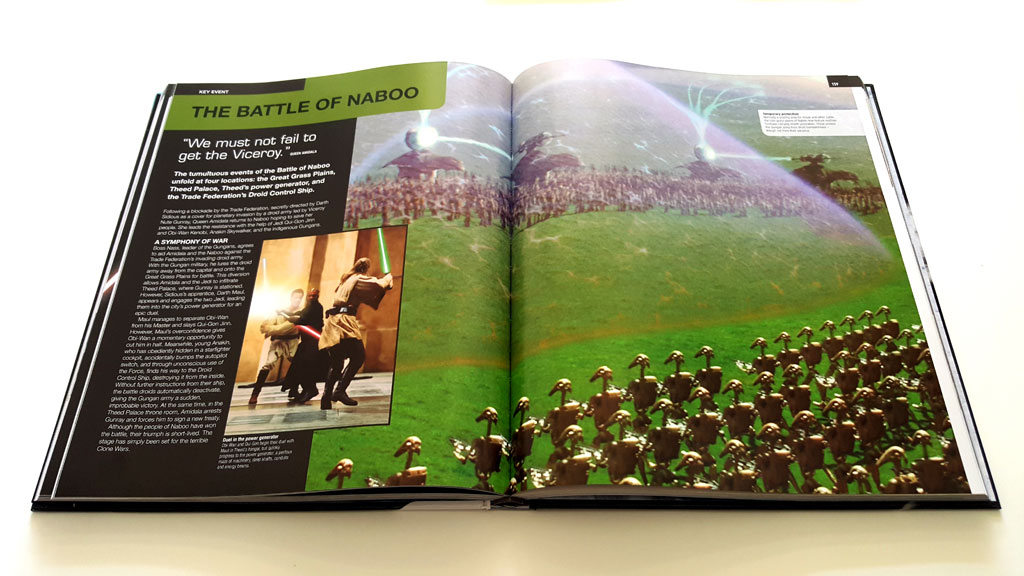 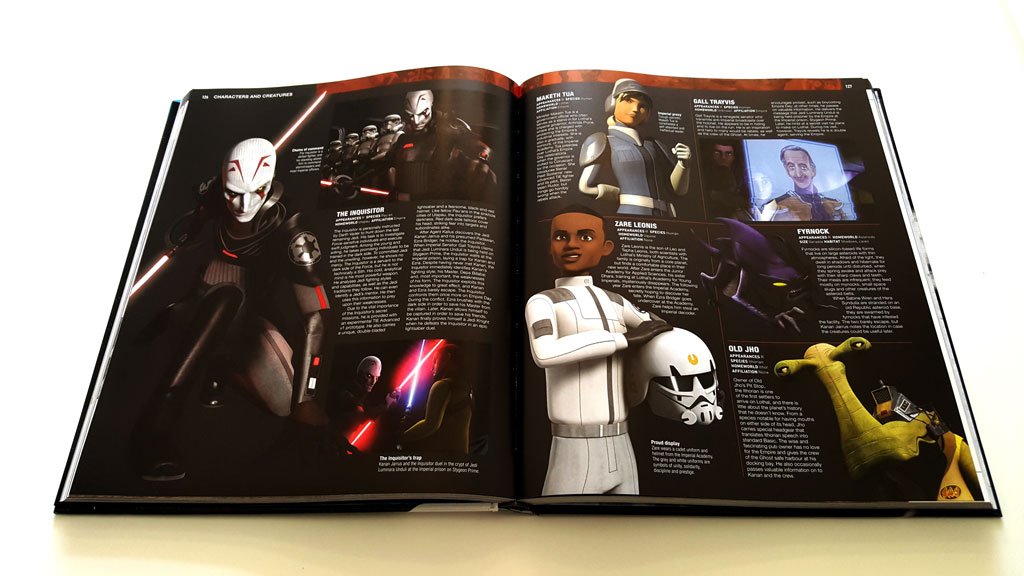 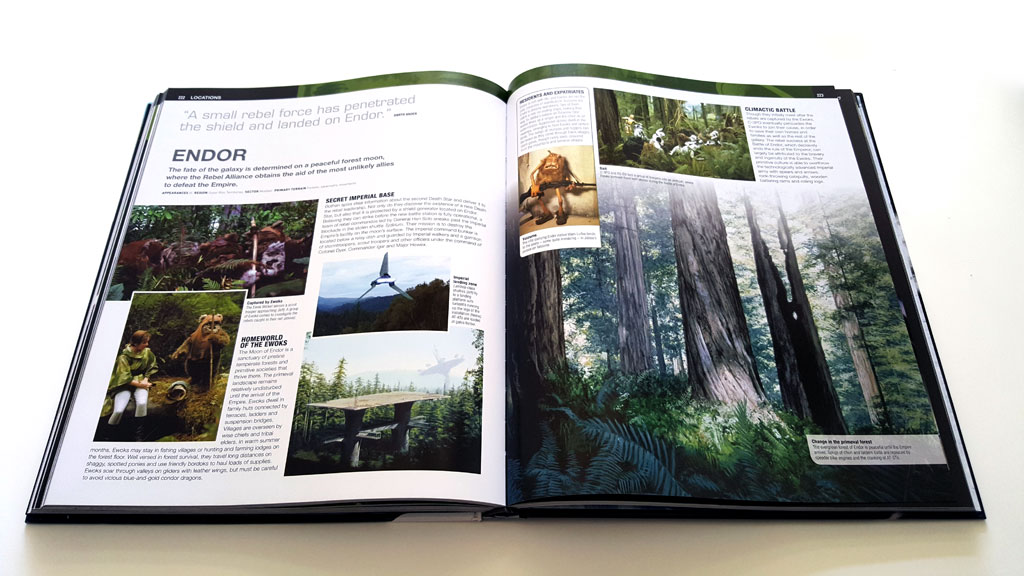