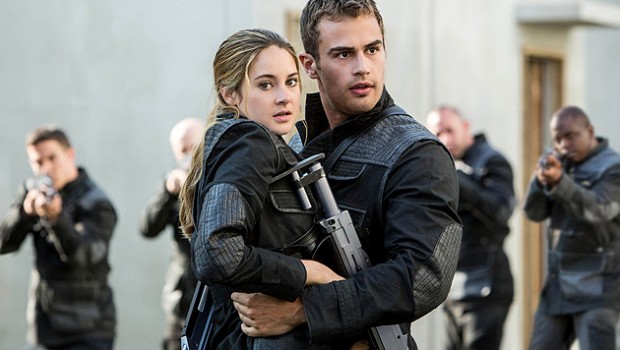 Saturday 15th August is a HUGE day for Australian fans of The Divergent Series, as eOne hosts the sequel to their groundbreaking 2014 Divergent live event, inviting movie fans to join the #InsurgentSleepover on Twitter.

To celebrate the home entertainment release of Insurgent, available for digital download from 29 July and on 3D, Blu-Ray and DVD from 12 August, eOne are encouraging fans from all around Australia to simultaneously press play on their copies of Insurgent on Saturday 15th August from 8.00pm AEST, tagging their posts and tweets with the hashtag #InsurgentSleepover to join the fun of live tweeting, trivia, special guest appearances, #SleepoverSelfie competitions and giveaways, with prizes up from grabs such as Westfield vouchers and lots of official Insurgent merchandise.

2014’s #DivergentSleepover event was one of the biggest ever live tweet movie events of its kind to date in Australia; the event scored two organic trending topics and the hashtag trended independently throughout the event on Twitter AU.

In 2015, eOne are taking it to the next level; the event is being supported by numerous physical and digital retailers, Twitter Australia and will have involvement from Australian superstar Keiynan Lonsdale (who plays Uriah) https://twitter.com/keiynanlonsdale. eOne will also be hosting a VIP screening in Sydney simultaneous to the live event, and inviting social media influencers, vloggers, YA book tweeters, as well as prize winners from the AU fandom. Attendees will be treated to an extra-special experience not to be forgotten!