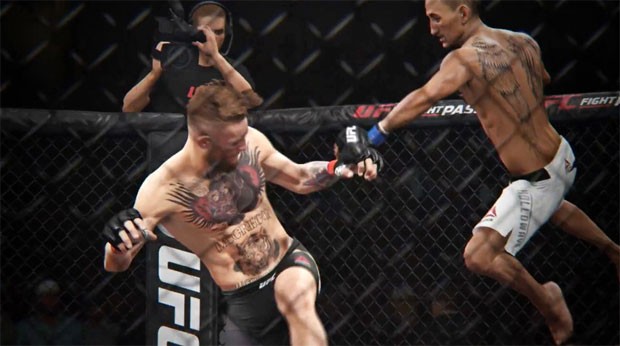 EA SPORTS UFC 2 FREE TRIAL AVAILABLE NOW ON XBOX ONE AND PLAYSTATION 4 IN CELEBRATION OF UFC 200: CORMIER vs. JONES 2

July 6, 2016 – If you haven’t stepped into the Octagon® in EA SPORTS™ UFC® 2 yet, now’s your chance to experience the thrill of finishing the fight! Starting today until July 11, EA SPORTS UFC 2 is free* to try for up to five hours on Xbox One and PlayStation®4 – all in celebration of UFC® 200: CORMIER VS. JONES 2 and the 5th annual UFC International Fight Week™. The five-hour free trial allows fans to experience all aspects of EA SPORTS UFC 2, including more than 250 UFC fighters, UFC Ultimate Team, Knockout Mode, and other popular modes. To learn more about the trial and get started for free now, visit easports.com/ufc.

During the 5th annual UFC International Fight Week™, EA SPORTS UFC 2 will host the finals and crown its first-ever World Champion during Live Event Competition: UFC® 200**. After more than 495,000 fights involving 43,000 fans, from 25 different countries, the competition is down to four finalists to battle it out live on Friday, July 8 at the UFC Fan Expo® in Las Vegas.

Where: Twitch: www.twitch.tv/easportsufc and UFC.com

Also in celebration of UFC® 200: CORMIER VS. JONES 2, select retailers are providing limited time offers of up to 50% off EA SPORTS UFC 2. For more details, visit the EA SPORTS UFC website, here.

To purchase tickets to UFC Fan Expo at the Las Vegas Convention Center and watch the finals, please visit UFCTICKETS.