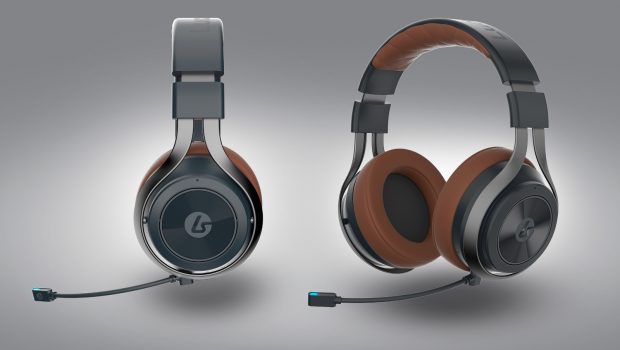 First announced at the E3 Electronic Expo 2016, the LS40 is the first headset in the range to deliver surround sound audio, the feature most requested since LucidSound began shipping their debut headset, early in 2016.

Powered by state-of-the-art DTS Headphone:X audio technology, LucidSound’s audio engineers have worked closely with the team based at DTS to accurately tune the 50mm Neodymium drivers, resulting in highly detailed positional audio, specially crafted for gaming. When playing with DTS Headphone:X technology, gamers are rewarded with an entirely new level of audio immersion. Able to pinpoint every enemy footstep, approaching threat, and track teammates in battle – even from behind – provides an enormous advantage resulting in a more thrilling gaming experience and notably improving the performance of the player. With surround sound, unrivalled on a dedicated gaming headset, the LS40 dramatically enhances competitive online gaming.

console or host device. In addition, the LS40 features two distinct surround-sound modes and three enhanced stereo modes, catering to all forms of media. Each mode is announced to the gamer via a voice prompt allowing for easy mode selection.

The LucidSound signature control scheme returns with enhanced features allowing gamers to individually alter game and chat volume simply by rotating the ear-cup. The LS40 allows easy adjustment of controls with no need to search for buttons or ungainly rockers or switches. All-new smartphone control provides full support for cell phones allowing gamers to take a call, hang up, and control audio playback using the discrete button fashioned into the centre of the earcup.

Designed for sustained gaming sessions the integrated rechargeable battery provides up to 15 hours of uninterrupted use and a new selectable on/off mic-monitoring system allows players to hear their own voice through their headset. “It’s been less than a year since the inception of our first headset and we continue to strive to bring new levels of excitement and innovation to gamers,” said Chris Von Huben, CEO of LucidSound. “Our single biggest request from gamers is for the introduction of a surround sound headset and we’re confident that the highly anticipated LS40 will set a new benchmark for premium gaming audio, proving well worth the wait. Our core belief in uncompromised audio quality and genuine innovation continues to drive our development program and we look forward to continued growth.”

The LS40 Wireless Surround Universal Gaming Headset is compatible with a wide range of gaming devices including the PlayStation®4, Xbox One, PlayStation®3, PC/MAC, mobile phones, and smart devices.