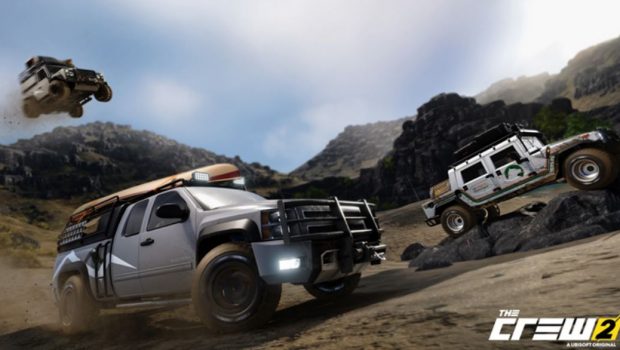 Today, Ubisoft announced that The Crew® 2 Season 4 Episode 2: The Contractor, the latest update brought to Ubisoft’s open-world motorsports game, will be available tomorrow on Xbox Series X|S, Xbox One, PlayStation®5, PlayStation®4, as well as Windows PC through the Ubisoft Store and the Epic Games Store. Players can also subscribe to Ubisoft+ on PC.

After travelling through America’s most iconic cities to complete missions for Marco’s Cab, Diamond Limousine and Rocket Co., Season 4 Episode 2: The Contractor will allow players to explore the wildest spots of the United States by making deliveries for two brand-new companies: Intrepid Outdoor, specialized in the delivery of camping equipment, and US Wildlife Watchers, a charity dedicated to the protection of animals and their reintroduction to nature.

Season 4 Episode 2: The Contractor will be accompanied by a brand-new Motorpass. It will offer 50 tiers of new exclusive rewards, both free and premium, including vehicles such as the Koenigsegg Gemera Outclassed Edition (Hypercar), the Land Rover Defender V8 Works Intrepid Outdoors (Rally Raid), the Hummer H1 Alpha US Wildlife Watchers (Rally Raid) and a brand-new creation by the Ubisoft Ivory Tower team, the Creators Hunter 51 (Rally Raid).

Apart from the Motorpass, Season 4 Episode 2: The Contractor will continue its free monthly vehicle drops, letting players enjoy and drive new vehicles including the Chevrolet Silverado Intrepid Outdoors (Rally Raid) or the Ariel Atom (Street Race), both available on January 19. Additional vehicles will be available over the course of the Episode alongside new vanity items, including new animated rooftops, as well as smokes, tires, underglows and window tints.

The LIVE Summit experience also continues during this Episode with a new batch of weekly iterations. During LIVE Summits, there is only one objective: getting as high up the leaderboard as possible. Each week, the best players will be rewarded with exclusive items and vehicles based on their ranking. In addition, no less than 3 fully-modded LIVE Summits will be playable during this Episode, including one of the most ambitious events released to date.