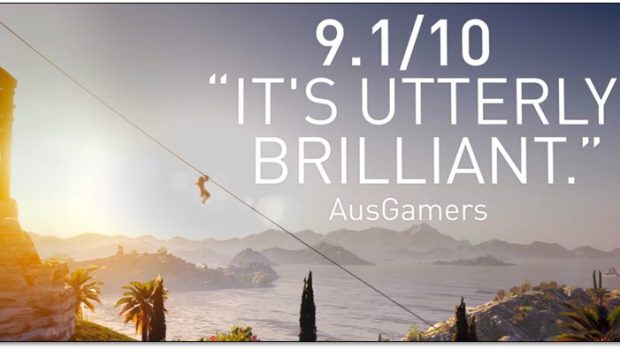 “We are incredibly proud of what the team accomplished with Assassin’s Creed Odyssey, and humbled by the amazing reception from critics and players. Based on the quality of the game and the very encouraging reactions from players, we expect Odyssey to be one of the top performing Assassin’s Creed games of all-time,” said Geoffroy Sardin, Senior Vice President of Sales and Marketing. “Launch is just the start of this epic journey. We have robust content plans for Assassin’s Creed Odyssey that will keep players engaged and exploring the game’s beautiful and compelling world for a long time to come.”

Developed by Ubisoft Quebec in association with eight other Ubisoft studios, Assassin’s Creed Odyssey takes players on a heroic voyage through Ancient Greece amidst one of the deadliest conflicts in history, the Peloponnesian War. In a first for the franchise, players choose their hero, either Alexios or Kassandra, outcast Spartan mercenaries who will explore a beautiful living, systemic open world, where they will uncover the truth about their mysterious pasts and become legendary Greek heroes. The launch of Assassin’s Creed Odyssey is just the beginning; the live roadmap plan is the biggest and most ambitious in the franchise, deepening storytelling through its episodic structure. Season Pass owners will access two major storylines, Legacy of the First Blade and The Fate of Atlantis, with three episodes each and all players will receive the free story missions, The Lost Tales of Greece, along with recurring in-game events and access to Discovery Tour.