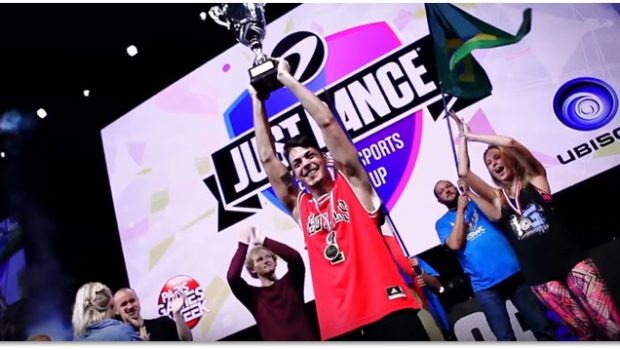 Ubisoft® and the ESWC (eSports World Convention), the pioneering and leading international eSports event, have announced the third annual Just Dance® World Cup. The competition is open to all Just Dance players worldwide and will kick off with the release of Just Dance® 2017 on October 27 when it comes to all motion-control gaming platforms, including Wii U™, Wii™, Xbox One, Xbox 360, PlayStation®4 computer entertainment system, PlayStation®3 computer entertainment system and Windows PC*.

Since its inception, the Just Dance World Cup has proven to be a huge success. As the first casual video game to enter the ESWC line up, Just Dance paved the path for diverse game genres and casual gamers to enter the eSports space. Last year’s Just Dance World Cup gathered thousands of players and dancers all over the world, with more than 3,500 dancers participating and 100,000 live spectators.

The four-month qualification period for this year’s competition will start with a live event at the Brasil Game Show 2016 on September 3 and will run via in-person events and online competition until January 8, 2017. From the Qualifiers, 17 players will be flown to Paris for the Finals that will take place February 17–19, 2017. They will face off against each other plus 2014 and 2015 Just Dance World Cup champion Diegho San, who will be back to defend his title.

There are two ways to qualify:

During one of the three live events where qualifications will be opened to all residents of the country hosting the competition. One player will qualify from each event at the game shows below:

In Just Dance 2017 on the World Dance Floor, the online multiplayer mode of Just Dance 2017, from November 6 to January 8, 2017. The 13 top-scoring players, with one finalist per country, will be selected. All Just Dance 2017 players will have 10 chances to place at the top of their country’s leaderboards.

To get the latest news on the Just Dance World Cup and the list of countries eligible to participate, please visit justdanceworldcup.com.