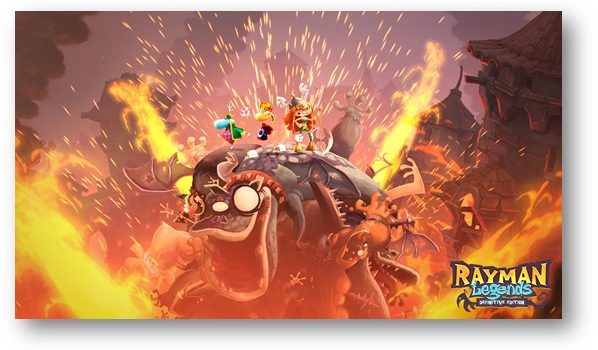 Nintendo’s history has included the Rayman brand since the franchise’s beginning, with such titles as Rayman® Advance for Game Boy Advance, Rayman® 2 The Great Escape for Nintendo 64 and Rayman Raving Rabbids® for the launch of Wii™. As the series’ first entry on Nintendo Switch, Rayman Legends Definitive Edition will give a new dimension to Kung Foot, the beloved soccer mini-game set in the Rayman universe.

Exclusive to the Nintendo Switch, Kung Foot will offer a Solo Mode versus AI and a new Tournament Mode for pitting up to 8 teams against each other. With the Nintendo Switch’s unique mobility features, Kung Foot players can compete anywhere, anytime. Rayman® Legends Definitive Edition will also support wireless local coop with 2 consoles or multiplayer using 2 Joy-Con™ controllers.

In addition to the Kung Foot competition, players can once again join Rayman, Globox, Barbara and the Teensies as they travel through the mythical Glade of Dreams and experience this much-loved platforming game in a new way. The gang will run, jump, and smack their way through different worlds to save the day and discover the secrets of each legendary painting.