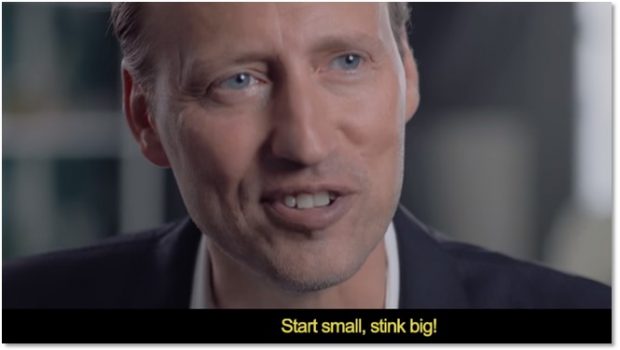 UBISOFT® UNVEILS THE NOSULUS RIFT® EXPERIENCE FOR SOUTH PARK™: THE FRACTURED BUT WHOLE™

SYDNEY, AUSTRALIA – August 18, 2016 – Ubisoft has announced the Nosulus Rift, a unique experience exclusively compatible with South Park: The Fractured But Whole. This device, only available during conventions and not for sale, takes virtual reality to a whole new level by allowing players to enjoy South Park: The Fractured But Whole in the most immersive way possible. A new perception through a sense that has never been tickled in gaming before: the sense of smell. To smell what exactly? Farts, obviously.

As in South Park™: The Stick Of Truth™, farts will be again the most powerful weapon players will be able to handle in its direct sequel, South Park: The Fractured But Whole. Through a specifically produced technology, the Nosulus Rift odour virtual reality mask will deliver the right smell each time the player makes use of his nefarious powers.

Developed by Productman, the Buzzman entity dedicated to the creation of products or services, with the assistance of various experts, including the famous French perfume specialist Isabelle Ferrand, the Nosulus Rift is a fully functional mask using sensors activated through inaudible soundwaves within the in-game fart sound. Each time the sensors are activated, they trigger the odour’s puff. Meticulously and without mercy.

“We are very happy that the first Productman realization has been done along with Ubisoft by creating a product that opens new possibilities for virtual reality” said Georges Mohammed-Chérif, Buzzman and Productman CEO.

“When working on a franchise such as South Park™, finding new, irreverent and original ideas to showcase the game to the players is key” stated Guillaume Carmona, VP Marketing at Ubisoft EMEA. “With the creation of the Nosulus Rift along with Productman, we had the possibility to push the boundaries of traditional communication campaigns, creating a device purely out of the ordinary, to say the least”.

Enriching the South Park: The Fractured But Whole player’s experience in a new way, the Nosulus Rift will be world premiered at Gamescom, from August 17 to 21, 2016. Fans can come visit our booth for a chance to experience it. The Nosulus Rift will also be available in a selection of events prior to the game’s launch. South Park: The Fractured But Whole will be available on December 6th, 2016 as a digital download and at retailers on Xbox One, PlayStation® 4 computer entertainment system and Windows PC.

For more information on the Nosulus Rift, please visit: nosulusrift.ubisoft.com

More information on South Park is available at: southpark.ubisoft.com