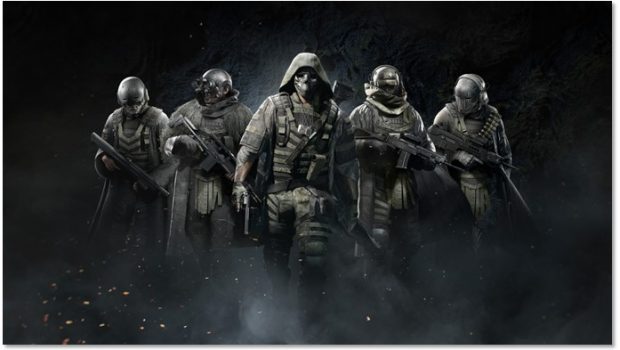 Today, Ubisoft® announced details around the upcoming Asia-Pacific League for Tom Clancy’s Rainbow Six® Esports, featuring two regional divisions, the North Division and the South Division, each of them following its own competitive structure.

For this first 2020 Season, the teams competing in the North Division are:

Starting June 23rd, the Asia-Pacific North Division matches will be broadcast in English, on Tuesdays and Thursdays, starting at 10am UTC, on the Rainbow Six Esports channels on Twitch and Youtube.

With the 2020 Season, Ubisoft will take a first major step in revamping the viewing experience of its esports leagues and will inaugurate a brand-new and cutting-edge broadcast studio for the Asia-Pacific North Division matches, broadcast in English, as well as the European League and European Challenger League. While the matches will be taking place online for the pro teams, the crew of talents will gather in France, in the Greater Paris area, to cast from this new studio. To name a few additions viewers can expect:

As the health and well-being of our talents, staff and partners is our first priority, the new studio will not be ready for the first playdays of the Asia-Pacific League. When the first matches of the North Division begin on June 23rd, viewers will see a light version of the studio. This will be a temporary solution and as soon as the situation permits, the fully-fledged studio will take over. More information will be shared soon.

At the end of each stage, the top four teams in the Asia-Pacific Playoffs will claim a spot for the upcoming Six Major.

Ubisoft is also unveiling a revamped path-to-pro, fuelled by the national tournaments across the Asia-Pacific region. At the end of a season, teams winning Nationals in the North Division countries will have the possibility to compete in a Promotion/Relegation system for a chance to enter the following season of the North Division league. In the South Division, the Oceanic and South Asia Nationals will fuel the South Division Playoffs, offering teams from those subregions a chance to compete in the Asia-Pacific League Playoffs to claim a spot for the Six Major.

The launch of the new Asia Pacific League alongside updates to the National tournaments across the region, as part of the new regionalised ecosystem of Rainbow Six Esports worldwide, represent the biggest evolution for the competitive Rainbow Six Siege landscape in its four-year history. All Asia-Pacific programs forge a multi-tiered esports scene, allowing players from all levels and horizons to compete.

For extensive details on the Asia-Pacific League North and South Divisions and the broadcast studio, please visit: rainbow6.com/APACLeagueReveal

To keep up with the Rainbow Six Asia-Pacific action, follow us at https://twitter.com/R6esportsAPAC