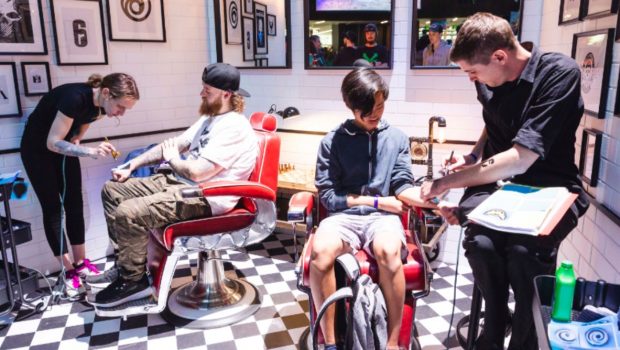 Today, Ubisoft announced its plans for PAX Australia 2019 including a presence in the Exhibit Hall as well as dedicatedUbisoft Store.

Ubisoft will also be handing out gaming posters at the Ubisoft Booth in exchange for a gold coin donation with all proceeds going towards Feel the Magic,  an Australian not for profit organisation whose purpose is to create a world where children who are experiencing grief are supported to reach their full potential.

At the Ubisoft Booth, located at stand #1820, players will get hands on with some of the biggest titles for Christmas and beyond with hands-on opportunities and theatre presentations for the following games:

Tom Clancy’s Ghost Recon® Breakpoint: Play the military shooter that puts you in the boots of the Ghosts, an Elite US Special Operations Unit. Face your toughest enemies ever, the Wolves, led by a lethal ex-US military unit gone rouge who are ready to use the most effective killing machines to take you down.

Watch Dogs: Legion: Experience the Best Action-Adventure game at E3 2019 with a hands-off theatre presentation. Set in near future London, build your resistance, fight back and give the city back the people. Learn about the ‘Play as Anyone’ feature where you can recruit and play as any Londoner with a special skillset and distinctive personality.

Brawlhalla: Get hands-on with the epic free-to-play platform fighting game that has reached more than 25 million players worldwide. Brawlhalla will be playable at the Ubisoft Booth and the Console Freeplay area.

Also on the Ubisoft Booth will be the Ubisoft Temporary Tattoo Parlour. Choose from over 50 tattoo designs from your favourite Ubisoft games.

The Ubisoft Store (stand #1840) will return at PAX Australia, offering a selection of merchandise from Ubisoft’s most popular titles including Assassin’s Creed, Rainbow Six, Ghost Recon Breakpoint, Watch Dogs and more. The Ubisoft Store will also be part of the Pinny Arcade program and have exclusive Rainbow 6 pins available with purchases over $40 AUD.