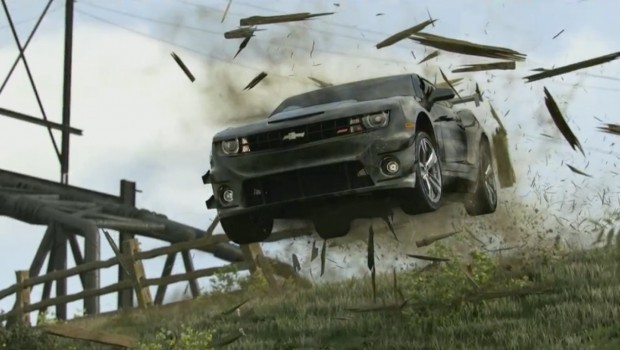 UBISOFT® SETS LAUNCH OF THE CREW FOR NOVEMBER 11

The Crew is a revolutionary action-driving MMO that takes gamers on a wild ride throughout a massive open world recreation of the United States, brimming with exciting challenges and populated by other real players.

During the Ubisoft press conference at E3, Creative Director Julian Gerighty put focus on the dynamic community of players eagerly anticipating the game. He revealed that they will have the opportunity to take part in the late stages of the game’s development starting July 23. A limited number of players will be able to join the development team to play in a closed beta version of The Crew and provide feedback on their experience. Further details on the upcoming beta stages will be communicated at a later date.

Recently some players have had a chance to play The Crew at selected gaming centers in Copenhagen, Dubai, New York, Los Angeles, Paris, Montreal and Sao Paulo. Players were invited to form their crews in order to take part in the Explore and Customise contest. They experienced and praised the huge scope of the game and the RPG mechanics behind the customisation of the cars.

Players also had the opportunity to participate in “Route 909”, an online competition among the gaming centers based on PvP crew versus crew. The best crews around the world will compete in the final Crew battle to be live streamed on The Crew’s official Twitch channel (thecrewgame) from Ubisoft headquarters in Paris on June 10th and 11th.

For more information on The Crew, please visit www.thecrewgame.com.