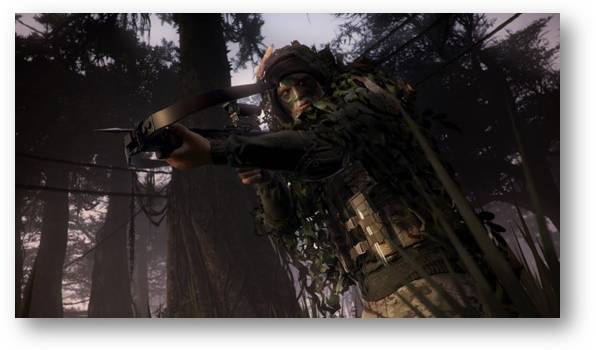 Sydney, AUSTRALIA — December 11, 2017 – Ubisoft® has announced that Jungle Storm, the second major free update for Ghost Recon Wildlands Ghost War PvP, will release on all available platforms on December 14. Jungle Storm will bring a wealth a new PvP content to the game, including:

–          Two new classes available in all PvP modes. These include the Pathfinder, a stealthy Ghost equipped with a deadly crossbow and unmarkable by drones, as well as another new class which will be revealed for the launch of the update on December 14.

–          Ranked play, which will allow players and their squad to compete against others to reach the highest ranks.

In addition, Jungle Storm will introduce extra new maps for the Elimination and Uplink modes, as well new weapons and gameplay updates for both PvP and PvE modes. Those eager to learn about the new class and more can tune into the Ghost Recon Wildlands livestream on December 14, from 4am AEDT.

Ghost Recon Wildlands Ghost War allows players to live the ultimate co-op experience in 4-versus-4 modes. Featuring a growing roster of classes, maps and modes, Ghost War focuses on teamwork, strategy and tensed tactical engagements.  Keeping in line with the goal of its development schedule, Ghost War will continue to grow over the following months with the release of several free content updates including new classes, new modes and maps, as well as gameplay balancing adjustments. All new modes, new maps and gameplay updates will always be free and available simultaneously to all players. Season Pass and Ghost War Pass owners will immediately unlock all new classes with an exclusive seven-day early access, while other players will be able to unlock them with Prestige credits earned through progression or to purchase them on the in-game store. For more information about Tom Clancy’s Ghost Recon Wildlands, please visit ghostrecon.com, follow us on twitter.com/ghostrecon or facebook.com/ghostrecon and join the conversation by using #GhostRecon.