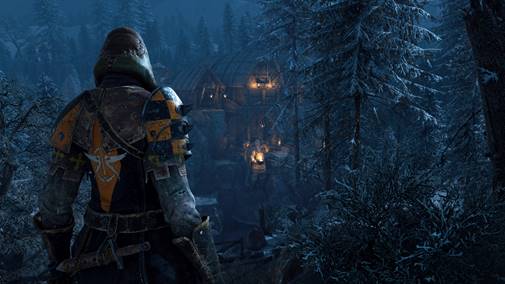 SYDNEY — February 7, 2017 — Today, Ubisoft released ‘In the Battle’, a CGI video that transports viewers directly to the ground floor of a clash on the battlefield. This motion-captured, 360-degree video experience introduces viewers to the world of For Honor as Knights, Samurais and Vikings embark in perpetual conflict.

In the midst of a foggy plain, an everlasting war continues as the 3 great Factions are locked in battle. Each of them strives to rebuild their nations as they take to the frontlines in fierce close-range combat to bring glory back to their people. The 360-degree “In the Battle” experience is viewable here on YouTube and here on Facebook.

Players looking to experience the thrill of ruthless melee-combat firsthand can now pre-load the For Honor open beta on current-gen consoles and PC. Available from February 10 to February 13, 2017, this beta will include the new Elimination mode, a best of five rounds four-versus-four match with no respawns. Elimination joins three additional modes playable in the open beta including Dominion, Brawl and Duel, and nine playable Heroes. At launch, For Honor will feature twelve playable characters, five different multiplayer modes and a Story mode.

On February 8, 2017, at 9:00 am AEST, Ubisoft and Twitch, the world’s leading social video platform and community for gamers, will call forth the fiercest warriors to participate in War of the Factions Live – a livestreamed event that will showcase the new Elimination Mode and help decide which Faction reigns supreme. Players looking to get a head start in the battlefield can sign up for Twitch Prime to receive 10-day Champions Status, available at launch on February 14, 2017, which comes with XP boosts that can be shared among friends along with more XP from crafting, more loot at the end of each match, and a special emblem they can use to customize their warrior. For more information and to sign up for Twitch Prime, visit: https://twitch.amazon.com/prime

For more information about For Honor, please follow us on Facebook at facebook.com/ForHonorGame and on Twitter at twitter.com/ForHonorGame. To learn more about other Ubisoft games, please visit ubiblog.com.