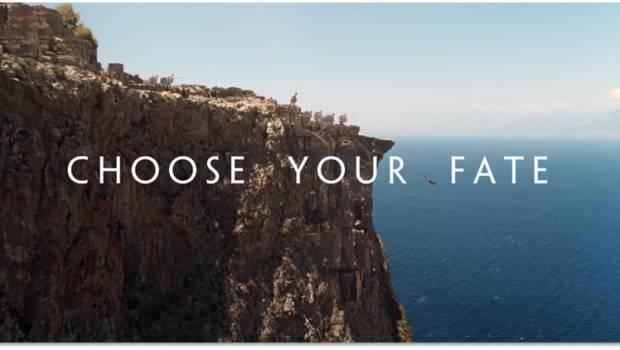 Assassin’s Creed® Odyssey continually confronts players with story-altering choices, letting them pick what to say, who to trust, and what to do through a rich world that constantly evolves around them. Each choice they make has consequences. In this new live-action trailer, Alexios, descendant of the legendary Spartan general Leonidas, will have to make choices, if he wants to survive the violence, conspiracies and power struggles that are in full force 431 years BC.

The launch film of Assassin’s Creed Odyssey is an homage to Trainspotting and its famous opening scene which takes apart the consumer society and the pressure it puts on the choices of individuals. The words of Irvine Welsh and the iconic “Lust for Life” song by Iggy Pop lose none of their impact as they are transposed to the heart of Ancient Greece. On the contrary, they create a spectacular and explosive contrast, while remaining as relevant as always.

Assassin’s Creed Odyssey will be released worldwide on October 5, 2018. Gold, Collectors and Ultimate Editions owners will have access to the game three days early, starting October 2.