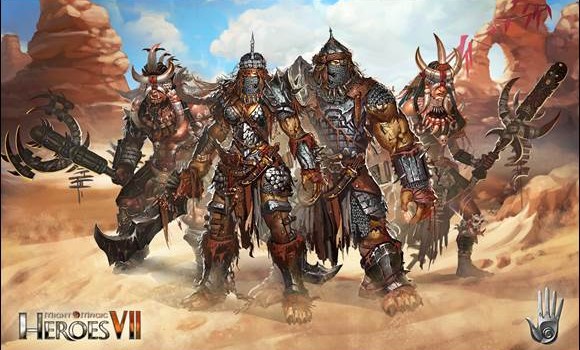 Sydney, Australia — April 24, 2015 — Today, Ubisoft announced details for the Might & Magic Heroes VII editions, which are now available for pre-order. All players who pre-order the game will receive guaranteed access to the Closed Beta, which will begin on May 25th 2015, as well as exclusive in-game portraits and exclusive artefacts at release.

The Collector’s edition available at retail has been curated by the community thanks to the Shadow Council initiative, which allows fans to share their passion and enrich the game formula with their own contributions. The community voted for content such as the posing of the Ivan Figurine, as well as other in-game content such as two out of the six factions available in the final game.

Detailed information for the editions available for pre-order are below:

The Standard Edition which includes the full Might & Magic Heroes VII game experience.

This Edition is available from the Uplay Shop and EB Games.

This Edition is available from the Uplay Shop.

Might & Magic® Heroes® VII is developed by Limbic Entertainment, a team of devoted Might & Magic fans, and promises to be the best of the series, respecting its long-standing tradition and introducing new innovative features. Combining a deep fantasy universe with a complete strategic experience, a rich RPG progression and a strong story narrative, Might & Magic® Heroes® VII offers players a detailed world to explore and conquer a complex economic system and legendary creatures to face in epic battles.