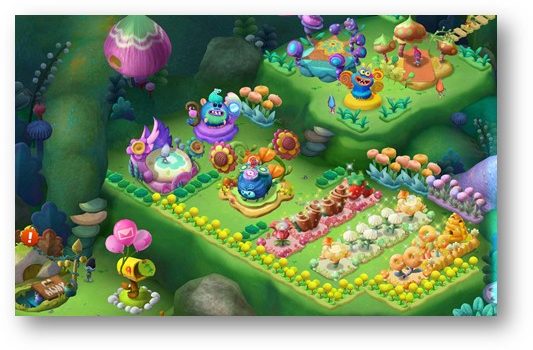 Ubisoft, has announced that the extraordinary world of DreamWorks Animation’s Trolls is coming to life in an all new mobile game, TROLLS: CRAZY PARTY FOREST!  Based on DreamWorks’ Trolls, the upcoming animated feature film transporting audiences into a fresh and irreverent broad comedy filled with music, heart, and hair-raising adventures, TROLLS: CRAZY PARTY FOREST! is a free-to-play game where players can build their own Troll village and interact with their favorite characters including Poppy, Branch, and their friends from the movie. The new game, developed by Ubisoft’s mobile team, is now available for iPhone, iPad, iPod Touch and Android devices worldwide.

“Our team has been incredibly enthused to work with DreamWorks Animation on such an entertaining property,” says Jean-Michel Detoc, Executive Director at Ubisoft Mobile Games. “We wanted to create a gaming experience that would immerse audiences into a colorful vibrant world where Troll happiness keeps the village alive, and feels entirely authentic to the IP. Each aspect of the game has been designed for players to enjoy Trollastic elements from crazy hair, amazing Troll talents, and many possibilities to host unique themed-parties!”

The new game can be downloaded for FREE on the Apple App Store and Google Play Store.