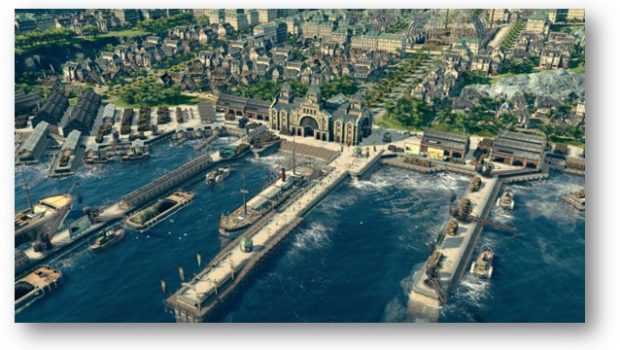 UBISOFT CELEBRATES THE 20th ANNIVERSARY OF THE ANNO FRANCHISE

SYDNEY, Australia — December 18, 2018 — Today, Ubisoft announced that Anno 1602: Creation of a New World will be available for free starting today, December 18 to December 22 on Windows PC. To celebrate the 20th anniversary of the famous City-Building video game series, players will be able to discover or rediscover this flagship episode where they will be able to create a realistic and vivid world entirely based on their imagination. In addition, Ubisoft announced that the registration for the Closed Beta of Anno 1800 is now open, registered players will be able to play the game from January 31 to February 4 on Windows PC.

For the 20th Anniversary of the Anno franchise players can play Anno 1602: Creation of a New World, originally released in 1998, for free. The game is set in the Early Modern period of history and invites players to discover an island world, to colonise and expand it and to trade with other islands – along with protecting it against potential enemies. First of a long series of a successful city-building video games, Anno 1602 was a genre pioneer 20 years ago. Starting today, players can download the game on their Uplay account for free until December 22.

To register for the Closed Beta click here: https://www.anno-union.com/register/

For more than a year, Anno 1800 has invited players to take part in the creation and the development of the game by giving feedback through the Anno Union. So far, more than 100 blogs have been published, 10,000 comments posted and 4 community contests organised. This collaboration between players and the studio enables the development team to shape the game and add requested community features.

Anno 1800 will be released worldwide on February 26, 2019 on Windows PC. Players who pre-order Anno 1800 will receive the Imperial Pack containing extra content for the game. Digital Deluxe and Pioneers Editions owners will have access to exclusive content including the Anarchist character**

To download Anno 1602 for free during the offer period, please visit: https://register.ubisoft.com/anno-1602-giveaway

**Final content and release dates subject to change. Some features may not be available at launch. Content may be available for purchase and/or as giveaway(s) separately at Ubisoft’s sole discretion at any time.