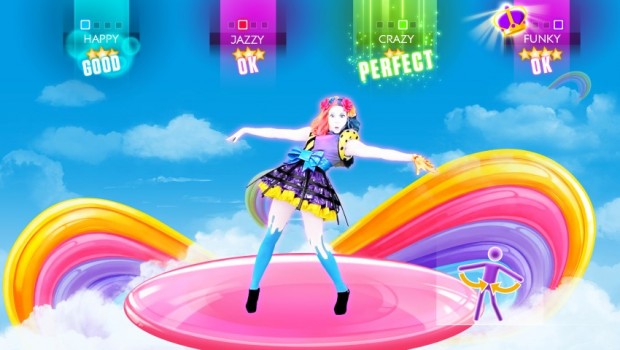 The winner of the Australian Just Dance Championship will be flown to Paris to compete in the Just Dance Electronic Sports World Cup at Paris Games Week from October 30th to November 1st, 2014.

The Australian Just Dance Championship will be conducted over 2 stages as outlined below:

3 qualification competitions will take place in Australia with the top 2 “Just Dancers” from each state qualifying to compete in the Australian Final to be held at EB EXPO on October 5th, 2014(details outlined below in STAGE 2).  The qualification dance offs will be held on the following dates at the following locations:

Those wishing to participate in the competition must pre-register at the following link: http://bit.ly/JustDanceWCAU

Pre-registration is recommended to ensure entry to the qualification process.

2 qualifiers from each state will each get 1 return flight to Sydney and 1 nights’ accommodation to compete at the Australian Final @ EB EXPO.

Qualifying finalists will take part in the Australian Final to be held on October 5th, 2014 at the EB EXPO where the winner will be selected to participate at the ESWC World Final.  The winner will win a return economy flight to Paris, access to Paris Games Week, $500 spending money and 5 nights’ accommodation.

“We are extremely excited to have Australia chosen to host a local Just Dance ESWC qualification event.  The opportunity to send a Just Dance player from Australia to compete on a global scale is something we had to be a part of and we are really glad that we get to do this for our local Just Dance community” said Matthew Tang, Australian Digital Sales and Marketing Manager.

With 50 million Just Dance games sold worldwide since the debut of the franchise in 2009, Just Dance has become a pop-cultural phenomenon played by 100 million of fans all over the world. At the Electronic Entertainment Expo (E3) on June 9, 2014, Ubisoft revealed the development of Just Dance 2015 and Just Dance Now.

For the Terms and Conditions of the Australian Just Dance Championships, please visit: http://bit.ly/JustDanceWCAUTerms

For the latest information on the Just Dance World Cup by ESWC, please visit: www.justdanceworldcup.com and www.eswc.com.

More information on Just Dance is available at www.justdancegame.com. Follow us at Twitter.com/JustDanceGame.