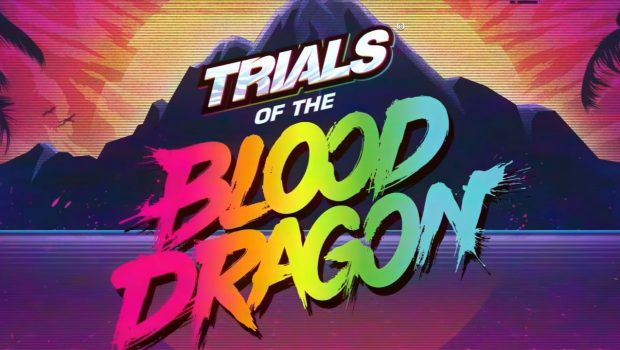 Ubisoft® Announces Trials® of the Blood Dragon Is Available Today

SYDNEY – June 14, 2016 – Today, during its E3 press conference, Ubisoft announced that Trials of the Blood Dragon, the follow-up to the successful Trials series, is now available for download worldwide on Xbox One, PlayStation®4 computer entertainment system and Windows PC. Trials of the Blood Dragon is an explosive single player experience with a wicked combination of the Trials series’ renowned, competitive, physics-based gameplay and unique, neon-drenched Blood Dragon attitude.

Trials of the Blood Dragon expands the notorious motocross platforming gameplay of Trials into a full narrative-driven adventure. Players will journey through 30 missions spanning seven different worlds, from Vietnam War 4 to Space and even Hell.

Traversing through these unique worlds, players will be using a range of gravity-defying vehicles, weapons and tools from bikes to jetpacks; plasma rifle and CD launcher; and a grappling hook to get over and through anything they need to. With Trials of the Blood Dragon, there are also narrative-driven objectives supported by a colorful cast of characters along the journey.

Additionally, players will be able to race against each other on asynchronous multiplayer leader-boards for the extra competitive edge. Completing the experience is the game’s soundtrack, composed by Power Glove that players can unlock over the course of the game.

For more information on Trials of the Blood Dragon, please visit www.trialsoftheblooddragon.com or follow Trials of The Blood Dragon on Twitter.com/ #TrialsGames or Facebook/trials.official.