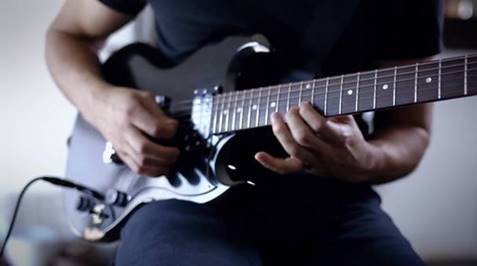 Ubisoft® has announced that Rocksmith® 2014 Edition – Remastered will now feature all-new acoustic instrument support, allowing acoustic players to join the four million people who have learned to play guitar and bass through the award-winning Rocksmith® method, the fastest way to learn guitar.*

The free update comes with three new modes including Microphone Mode, Disconnected Mode and Endless Replay Mode in Guitarcade. With Microphone Mode, players can go acoustic. They will be able to plug in a dedicated USB microphone to a console or computer that will detect the notes played on an acoustic instrument. By placing the microphone near their acoustic guitar or bass, players will be able to take full advantage of Rocksmith without plugging in their instrument.

Disconnected Mode enables players to learn songs without plugging in an input device. With this mode, note detection is deactivated and players can read the notes on the screen for more casual practice sessions. Now with Endless Replay Mode, players are able to immediately restart their session in Guitarcade rather than starting back at the game menu after each round.

“We’ve been looking for a way to bring Rocksmith to aspiring acoustic players for a long time, so we’re thrilled to unveil today’s updates,” said Nao Higo, executive producer, Ubisoft San Francisco. “This year our song catalog grew to more than 900 tracks, and we added new features for all players with the free remastered upgrade.  Now, millions of acoustic guitarists can enjoy Rocksmith too. We’re focused on providing our players with the best guitar learning experience possible and will continue looking for ways to grow and support our community.”

Along with these new modes, players can now edit their song lists from the Learn a Song menu, as well as the Nonstop Play menu. There is also the added ability to choose other arrangements in Score Attack and the ability to replay the Welcome to Rocksmith introductory lesson, as well as an updated Calibration sequence for greater accuracy. The new update will be distributed as a free patch for users on all platforms.

For more information about Rocksmith 2014 Edition – Remastered, please visit rocksmith.com. For the latest on all of Ubisoft’s games, please visit ubiblog.com.