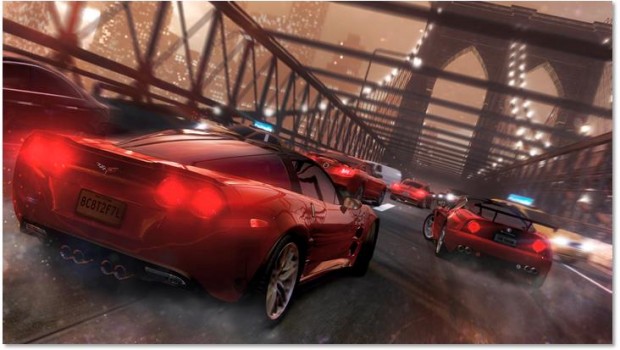 SYDNEY, AUSTRALIA – November 21, 2014 – Ubisoft has announced that The Crew™ Open Beta will take place from November 25th to November 27th on the Xbox One video game and entertainment system from Microsoft and PlayStation®4 computer entertainment system. In the Open Beta, players will get one last chance to drive the roads of the United States ahead of the worldwide launch on December 2nd.

Since July 2014, more than one million players have driven the endless roads of the United States in The Crew closed betas, allowing the development team to gather invaluable feedback. Now for the first time, The Crew will be accessible to everyone on PlayStation®4 and the Xbox One system.

The Open Beta will allow players to explore the entire United States and complete challenges in two of the five regions available in the game, the Midwest and East Coast. The Crew offers a truly enormous living, breathing open world with varied and detailed environments, full of activities to explore seamlessly either alone or with friends.

The PvP lobbies in the Midwest and East Coast regions will also be accessible for players who want to prove their competitive skills. For those who like to customize and fine turn their ride, two of the five spec classes, Street and Dirt, will also be available to players.

The Open Beta will be accessible to all Xbox Live and PlayStation® Network members; however some online features will require an Xbox Live Gold or PlayStation Plus membership.

The 2014 Game Critics Awards Best Racing Game of E3[i], The Crew is a revolutionary action-driving MMO that takes gamers on a wild ride throughout a massive open world recreation of the United States, filled with exciting challenges and populated by other real players. The Crew will be available on December 2nd for Xbox One, PlayStation®4, Xbox 360 and PC.