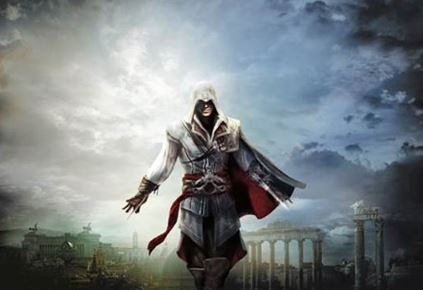 Sydney, Australia — September 14, 2016 — Today, Ubisoft® announced that Assassin’s Creed® The Ezio Collection will be available on November 17 for PlayStation®4 computer entertainment system and Xbox One. Fans of the series and new players alike can relive the adventures of legendary Assassin, Ezio Auditore da Firenze, as the franchise’s most celebrated games come to current generation consoles.

Assassin’s Creed has become one of the most popular video game franchises of all time, with more than 100 million copies sold to date. The series’ compelling, innovative gameplay, rich narrative and detailed, historically-accurate open world environments have spawned a passionate and global fan following. As players’ interest in Assassin’s Creed has grown, Ubisoft has expanded into Assassin’s Creed-themed books, comics, and short films, and is now set to release a major motion picture from January 1, 2017 in Australia.

The Assassin’s Creed series tells the tale of the centuries-old battle between Assassins and Templars through rich storylines and captivating characters. Assassin’s Creed is an action-adventure series set in fully realised open worlds throughout notable times in history such as the Third Crusade, the Golden Age of Pirates and the Industrial Revolution. Using the infamous hidden blade and other tools and weapons specific to the time period, players will fight for the greater good from the rooftops in Italy to the shores of Cuba through the core tenets the series is known for: combat, stealth, navigation and parkour.

In addition to the single-player content, Assassin’s Creed: The Ezio Collection includes the complete Assassin’s Creed Lineage and Assassin’s Creed Embers short films, giving a clearer glimpse into the background of the dashing yet dangerous Ezio Auditore da Firenze, from beginning to end.

Additionally, Ubisoft announced the release of the Assassin’s Creed: The Ezio Collection Collector’s Case. Exclusive to Uplay Shop the Collector’s Case brings back souvenirs from the Auditore Family crypt. Along with the game, players will discover a set of exclusive lithographies, the game’s official soundtrack, featuring a selection of 40 tracks from the three games and an exclusive Black Edition collectible bust of Ezio Auditore.