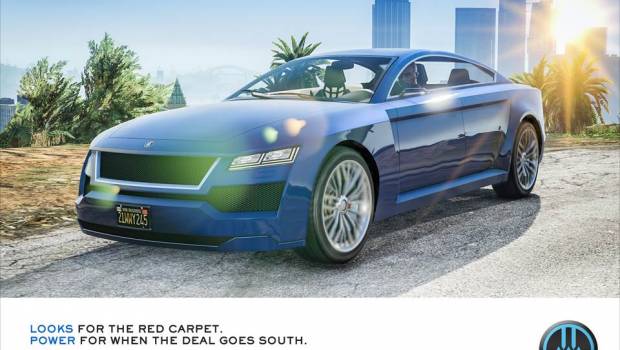 As a well-rounded criminal, your line of work demands a certain amount of flexibility. You need a vehicle that can blend inconspicuously into a line of executive luxury cars, but not look amiss when it arrives on the red carpet. It needs to look respectable dropping you off at court, threatening picking you up from Bolingbroke, and when the deal goes south, it’s gotta have enough horsepower to hightail your way back to HQ. Something with more power, more presence, more room for an optional forward-facing machine gun mount. Pick up the Ubermacht Revolter at Legendary Motorsport today.

And for those more at home on the ground than in the air, take to the track and earn Double GTA$ & RP in all Rockstar-created Stunt and Land Races for the same period.

Pack a meaner punch on the battlefield by taking advantage of some deadly upgrades in your MOC or Avenger’s Weapon Workshop. Now through January 29th, elevate your arsenal with the following discounts:

Warstock Cache & Carry is also offering 25% off two heavily-armored favorites: deal some damage from the comfort of the Benefactor Turreted Limo, or take to the water in the HVY APC (Buy It Now & Trade Price) – an amphibious tank with room for the whole family.

Navigate an obstacle filled death-tube in this week’s Premium Race or speed past the scenic coastal views of Blaine County in this weeks’ Time Trial, both available through January 29th: