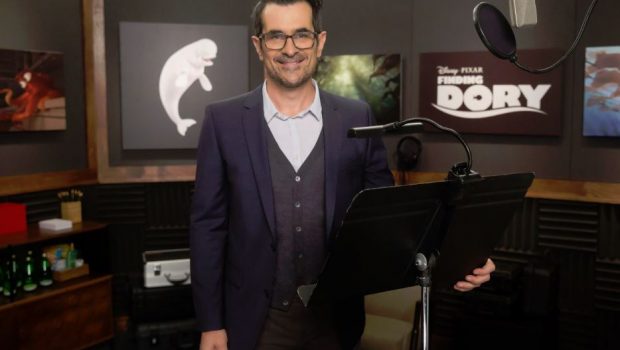 TY BURRELL TO VISIT AUSTRALIA TO SUPPORT RELEASE OF DISNEY.PIXAR’S

US actor and comedian Ty Burrell will visit Sydney next month to promote the release of Disney.Pixar’s new animated film, “Finding Dory”, in cinemas on June 16.

Burrell will attend the Australian premiere of “Finding Dory” on Wednesday 15th June, as part of a two-day press tour.

In this sequel to the much loved 2003 film “Finding Nemo”, Burrell voices a beluga whale called Bailey, who is convinced that his echolocation skills are on the fritz.

On dry land, Burrell is best known as the ‘cool dad’ Phil Dunphy in the US sitcom Modern Family, with a number of TV and film credits to his name, including leading roles in “Muppets Most Wanted” and “Mr Peabody & Sherman”.

Disney.Pixar’s “Finding Dory” welcomes back to the big screen everyone’s favorite forgetful blue tang Dory, who is living happily in the reef with Nemo and Marlin. When Dory suddenly remembers that she has a family out there who may be looking for her, she recruits Marlin and Nemo for a life-changing adventure across the ocean.