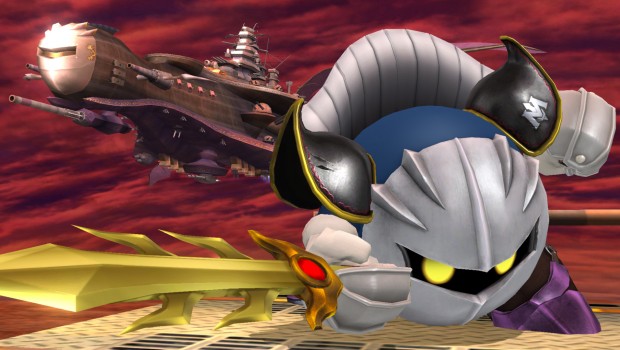 14th August 2014 – To celebrate the legacy of many popular fighters on the Super Smash Bros. roster in the lead up to the launch of Super Smash Bros. for Nintendo 3DSon 4th October, Nintendo announces today that over the span of two weeks in August there will be Nintendo eShop discounts of up to 50% on more than 25 downloadable retail and Virtual Console titles on Nintendo 3DS and 2DS as well as Wii U.

Super Smash Bros. for Nintendo 3DS is the first portable entry in the renowned series and lets up to four players battle each other locally or online using some of gaming’s most iconic characters. Compete with veteran characters from the series such as Mario, Link, Samus, Sonic, Pikachu and – just revealed today – Meta Knight, along with new challengers like Mega Man, Little Mac, PAC-MAN and Palutena; while for the first time players can also compete using their own Mii characters. Also brand new to the series is the ability to customise different aspects of your fighter, when playing locally or online with registered friends in a variety of multiplayer modes.

Smash and crash through Smash Run, a new mode exclusive to the Nintendo 3DS version that gives up to four players five minutes to explore a huge battlefield, taking down enemies from almost every major Nintendo franchise and multiple third-party partners. Defeated enemies leave behind power-ups and players who collect the most have advantages when – once time runs out – the final battle for the champion begins. It’s also possible to hone your skills in activities such as the new Target Blast, where you attack a bomb to charge it up then launch it at a range of targets to cause a chain reaction for a high score.

Fight against friends and family locally or online, or battle random challengers all over the world online in “For Fun” or “For Glory” modes. It’s a genuine, massive Super Smash Bros. experience that’s available to play on the go, anytime, anywhere. It’s also the perfect way to get to grips with the huge roster of fighters and their special moves, who will all return for Super Smash Bros. for Wii U when that game launches in summer 2014.

Super Smash Bros. for Nintendo 3DS will launch in Australia and New Zealand on 4th October 2014 – dig into the legacy of its colourful cast of fighters with two weeks of sales on over 25 games for Nintendo 3DS and 2DS as well as Wii U on Nintendo eShop.