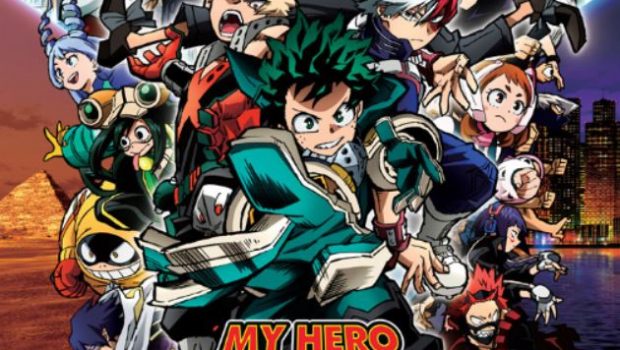 TWO HOURS TO SAVE THE WORLD!

FUNIMATION TO RELEASE “MY HERO ACADEMIA: WORLD HEROES’ MISSION” IN THEATERS THIS OCTOBER

Third Film in the Globally Popular My Hero Academia Franchise Arrives in Theaters in North America and the UK on October 29, Australia and New Zealand on October 28 and Coming Soon in Latin America and Scandinavia

Heroes unite to save the world! Funimation, the market leader in anime serving fans worldwide, is bringing the next exciting cinematic installment of the popular anime My Hero Academia to theaters this fall. 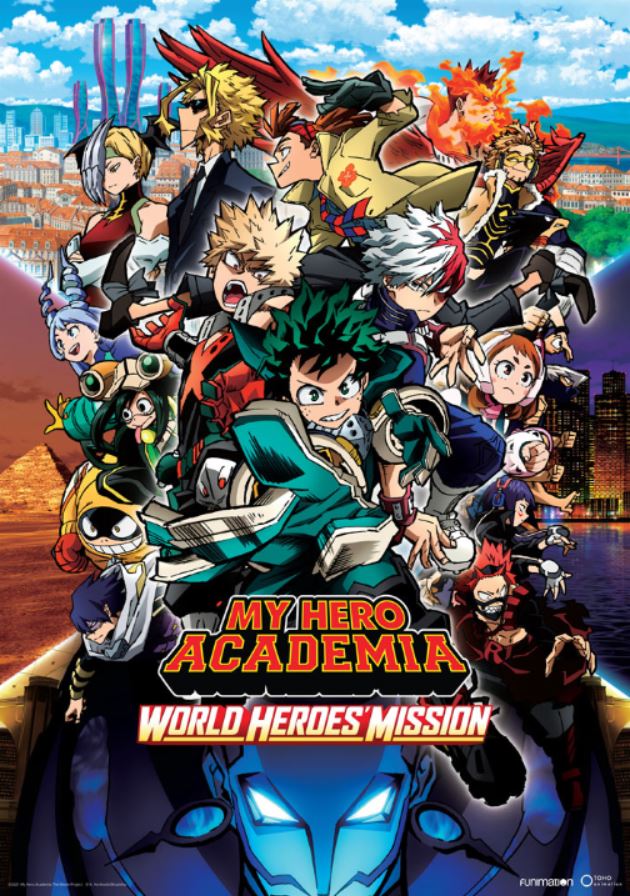 My Hero Academia: World Heroes’ Mission, from Toho Co Ltd., continues the journey of the young heroes-in-training as they try to save the world in a thrilling, edge-of-your-seat addition to this global phenomenon franchise. The film, shown in both English subtitles and dub, arrives in more than 1,500 theaters in the United States and Canada on October 29 (with tickets on sale October 1); in the United Kingdom and Ireland (October 29); and in Australia and New Zealand (October 28). The film will be coming soon to Latin America (in Spanish and Portuguese) and to Scandinavia by Funimation Global Group’s Wakanim in Finland, Sweden, Norway, Denmark and Iceland, all with subtitles in English as well as in each country’s corresponding language (except Iceland).

In My Hero Academia: World Heroes’ Mission, U.A. High School students Izuku Midoriya, Shoto Todoroki, and Katsuki Bakugo face the greatest crisis in My Hero Academia history, with only two hours to save the world! During their internship with the number one Pro Hero Endeavor Agency, Deku and his new friend Rody find themselves wanted nationwide for a crime they didn’t commit. Can Deku and his friends stop Humarise’s global plans of eliminating all Quirks?

The film is directed by Kenji Nagasaki. My Hero Academia: World Heroes’ Mission is not yet rated and has an approximate running time of 104 minutes.

“Funimation brought My Hero Academia to U.S. audiences and has championed the anime through all five television seasons on Funimation, three movie releases, merchandise and the rise of an incredible community of fans,” said Colin Decker, CEO for the Funimation Global Group. “We’re proud to team up with Toho and the production committee to deliver another outstanding adventure for Deku, Bakugo and the characters from the My Hero Academia universe that fans have come to love.”

My Hero Academia has captivated audiences beyond the core anime and Japanese entertainment fans through unique storytelling around the global superhero phenomenon. The series has introduced a number of diverse characters who each have their own special “Quirk” (a special superhuman ability that a person can have), allowing fans the opportunity to connect with their favorite characters on a personal level. My Hero Academia: World Heroes’ Mission serves as a standalone film that will continue bringing superhero action and adventure to a wide range of audiences to enjoy.