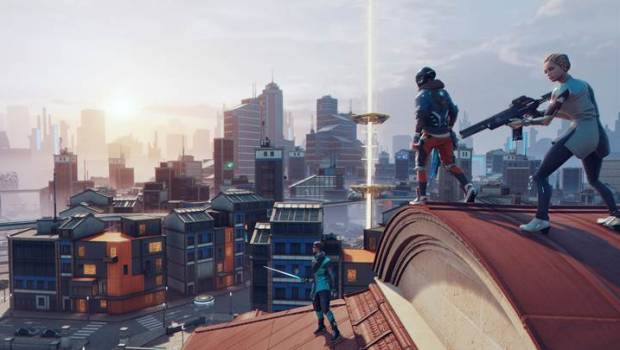 Four teams from each region, comprised of Twitch creators, will compete in a 3-hour point race, and the top-ranking team from each region will advance to the Finals where they will participate in a separate, 1-hour kill race to determine final placement. The prize pool is up to $50,000 USD with extra bonus prizes.

Viewers of the competition will be given the opportunity to influence their favorite streamers’ gameplay by taking part in pop-up voting events that instantly impact the battlefield via Hyper Scape’s Crowncast extension, a unique feature that Twitch offers exclusively.

Twitch Rivals is a series of competitive events designed from the ground up for Twitch streamers and viewers, which is held in different regions globally at twitch.tv/twitchrivals. The ANZ Showdown will feature four teams captained by Loserfruit, SpudHunter, Slushpuppy and Berticuss and will begin at 8:30pm AEST / 10:30pm NZST. Full team list and participants are below:

Hyper Scape is an urban, fast-paced, free-to-play battle royale game developed by Ubisoft Montreal. Set in the virtual city of Neo-Arcadia, up to 100 players face each other to become champion of the Hyper Scape. Bringing a fresh take on the battle royale genre, Hyper Scape introduces innovative gameplay mechanics such as Hacks, the Fusion, the Decay, the Showdown and many others.