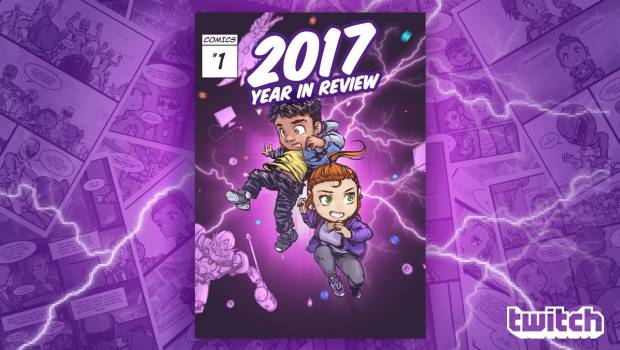 Twitch has released its 2017 Retrospective today, which might be the first ever brand retrospective in comic book form.

You can view it here: www.twitch.tv/year/2017/ and read the official message from Twith below

When we set out to design our 2017 Retrospective in January (to reflect the entire past year), we knew we wanted to do something unique to reflect our brand and community. Last year we created a video game for our Retrospective which tied in nicely with our gaming community. This year we created a digital comic since the format celebrates the creative side of Twitch, while taking an innovative approach to illustrating various milestones and events that can’t be captured just by numbers. We are already off to a solid start in 2018 with a couple of the viewership milestones already surpassed!

Also, here are the 10 games of 2017 in Australia based on minutes watched:

Also, here are the 10 games of 2017 in New Zealand based on minutes watched: