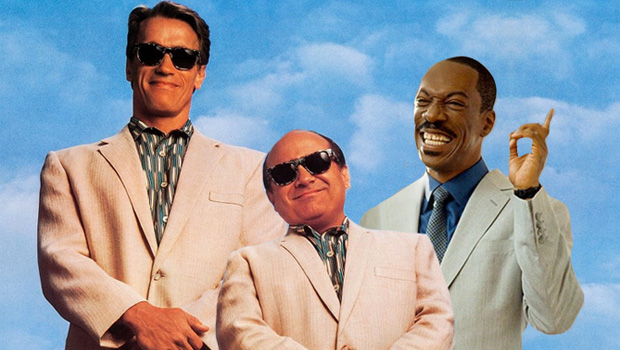 Arnold Schwarzenegger is hoping that the long awaited sequel to the 1988 film Twins will start shooting in fall that will also star Danny DeVito and Eddie Murphy.

Check out Arnold’s quote below…

The ones that talked about it were Danny DeVito and me. But the funny thing is that no one believed in it. The studio didn’t believe in it, [director] Ivan [Reitman] didn’t believe in it, no one believed in it. Then all of a sudden, two years ago, there was a changeover in leadership at Universal, and they started believing in it. Then Ivan looked at it again and he started believing in it.

Danny and I always ran around with the idea of Triplets, and that Eddie Murphy should be the triplet, because he is so different than we are — as much as Danny was different from me. When you saw Danny and I together, and you said that only the mother could tell us apart, people laughed. You didn’t really have to say much else. The same is also true with the idea of having Eddie Murphy be a part of the new picture. It’s called Triplets, and people go, wait a minute, how did this black guy get into the picture here? The way it’s explained in the movie is really funny — what happened with that experiment, and how many people’s sperm were used, and the things we didn’t know and only find out about when our mother passes away.

So Danny and Eddie Murphy and I — we believed in it 100%. And then Ivan believed in it 100%. So they’re writing it, and now everyone is enthusiastic about it. It will probably be done in the next month or two, and then hopefully we shoot it by this fall. It’s really exciting. 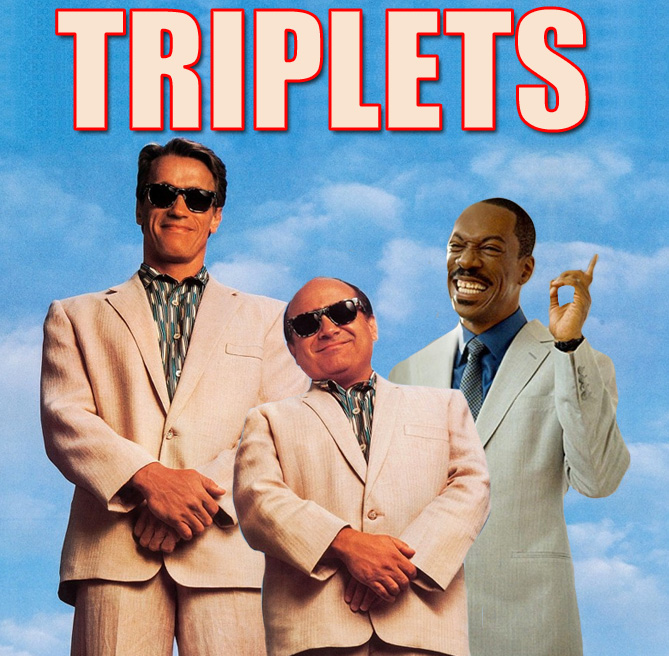