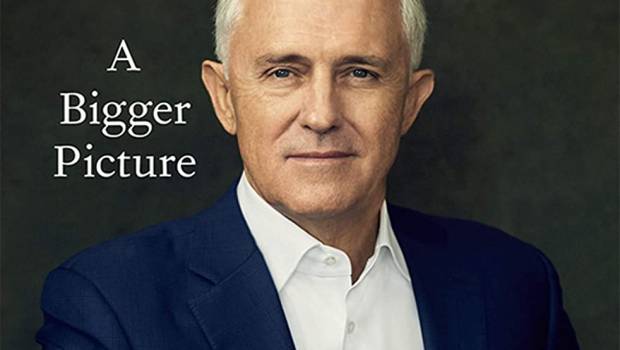 On Saturday, 18 April, evening Hardie Grant was made aware that a pirated copy of Malcolm Turnbull’s highly anticipated autobiography, A Bigger Picture, was being circulated to government employees.

Hardie Grant CEO Sandy Grant said, ‘What drew this to our attention was the distribution of the pirated edition from an address from within the PMO, sent to people who reported the illegal edition.’

The electronic version of the book had been shared multiple times, with one email claiming that a top aide in the Morrison government had sent it to “millions” of others.

Within hours of being alerted to the distribution of the illegal version of the book to government staffers and at least one Liberal MP, Hardie Grant’s ’s law firm, HWL Ebsworth, sent a cease and desist notice to a staff member in the Prime Minister’s Office.

Australian Publishers Association (APA) Michael Gordon-Smith Chief Executive said, ‘Everyone in government, and especially anyone with a leadership role, has an obligation not just to observe the law but to uphold it. As the resignation of Don Harwin from the NSW cabinet shows, this is a time when governments should not tolerate behaviour that risks any suggestion that laws do not apply equally to us all.’

This illegal distribution of the ebook signifies a massive breach of intellectual property right, a problem that effects many bestselling books throughout the industry.

‘Piracy is a problem for bestselling books and our lawyers have taken immediate action to make it clear we intend to take action against the person seemingly distributing A Bigger Picture widely and illegally, as a well as any site sharing the file’, said Sandy Grant.

Michael Gordon-Smith added, ‘The business of publishing depends on the law of copyright. It establishes the property rights that allow authors and publishers to sell their products and get paid for their work.’

Like many other industries, the publishing industry is fighting to survive in the current covid-19 climate. Australia has always had strong independent book market, which is currently being tested. Small local bookstores have been forced to adapt, offering new online, telephone and home delivery service to survive, whilst others have had to close their doors.

‘Illegal copying erodes the viability of publishing businesses and the livelihood of authors even at the best of times. It does more damage at a time when publishers are suffering massive reductions in revenue, reducing working hours and laying off staff; authors are unable to attend book tours; and writers festivals have closed,’ continued Michael Gordon-Smith.

In support of the many the small businesses effected by copyright infringement Robbie Egan, President of The Australian Booksellers Association said, ‘The Australian Booksellers Association condemns the piracy of books. Copyright provides protection for the work authors do and breaches of author copyright undermine their income. The illegal distribution of books like Malcolm Turnbull’s A Bigger Picture damages all authors as best-selling books support publishers and booksellers to produce and sell the work of a wide array of lesser known writers. Just as we would not tolerate someone from the PMO walking into one of our members bookstores, taking books without paying, and handing them out in the street, we condemn the piracy of ebooks.’

The ebook version of A Bigger Picture is due to be released on the book’s official publication day, Monday 20 April 2020.