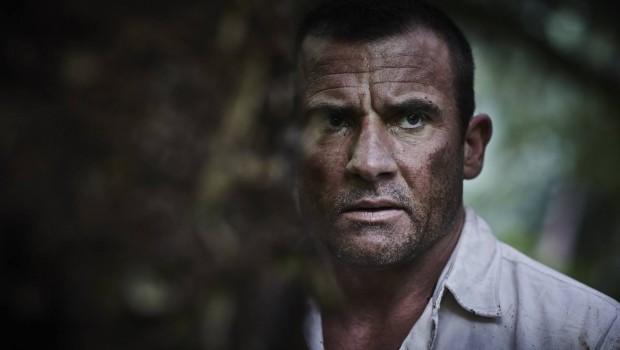 Based loosely on the 1982 Australian exploitation film of the same name, Hewitt’s Turkey Shoot is set in the near future, where Neo Korea and the President of Australasia exist. Looks like many countries in the Pacific region have joined forces. And rightly so, as World War Africa brings the world’s socio-economic climate into turmoil. Set against this backdrop, we have a (yes – I’m going to say it) Hunger Games-style reality TV show called ‘Turkey Shoot’, where criminal contestants called Turkeys must “play for pardon” and defeat an array of weapon-wielders called Shooters. Our protagonist, Rick Tyler (Dominic Purcell – Lincoln Burrows from Prison Break), is a criminal ex-Navy SEAL who’s been named as the latest Turkey.

BARITONE VOICE-OVER: What atrocious crimes has Tyler committed to get him to this point? Will he bypass your favourite Shooters with his keen survival skills and military training? There will be blood! There will be deaths! Stay tuned for TV’s biggest, baddest game show of the year! 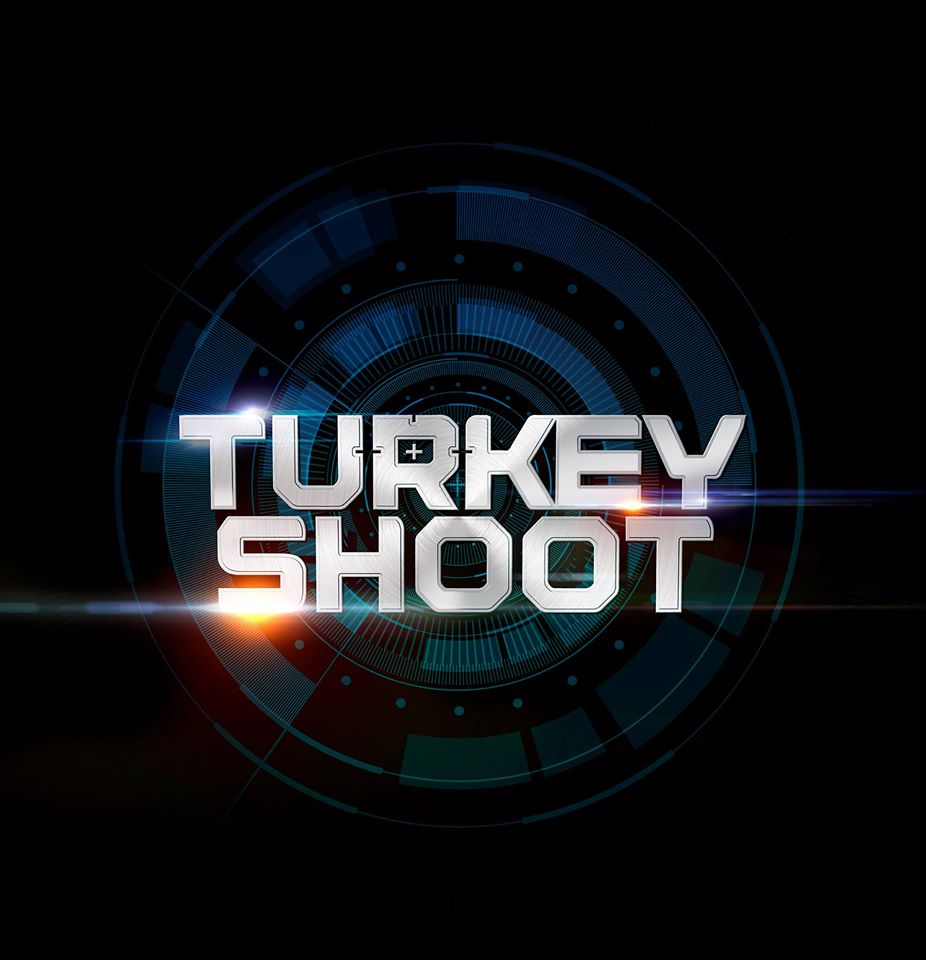 As enticing as the synopsis sounds, in actuality, Hewitt’s remake never really hits the mark. The film’s screenplay is riddled with clichéd dialogue (e.g. “That’s for me to know and for you to find out”) and logical flaws. On Level One of his game, Tyler notices a tripwire and is careful not to trigger it with his feet. That’s cool and all, but how did he spot this in the first place? He goes straight from A to D, without ever enacting the steps in between. Furthermore, it seems like Tyler has a magical knack for constantly locating the TV audience’s favourite Shooter, Ramrod (Robert Taylor), whether the latter is hiding amongst greenery or on the rooftop of distant buildings. Did Tyler’s naval training endow him with some god-like omniscient view of his surroundings? It just doesn’t make sense.

Moreover, Dominic Purcell isn’t Australia’s greatest actor and that sure is a hindrance. In one scene, he uses a knife to flick out a bullet from his calf muscle like it’s nothing. No flinchin’, no gruntin’ – nada. If it was an intentional joke, it was poorly delivered. With Rick Tyler’s blatant invincibility flaunted onscreen, why should viewers feel any sympathy for him? It’s not like he’s going to be critically injured or cheated in some unforeseeable plot twist – not with those two macho first names. 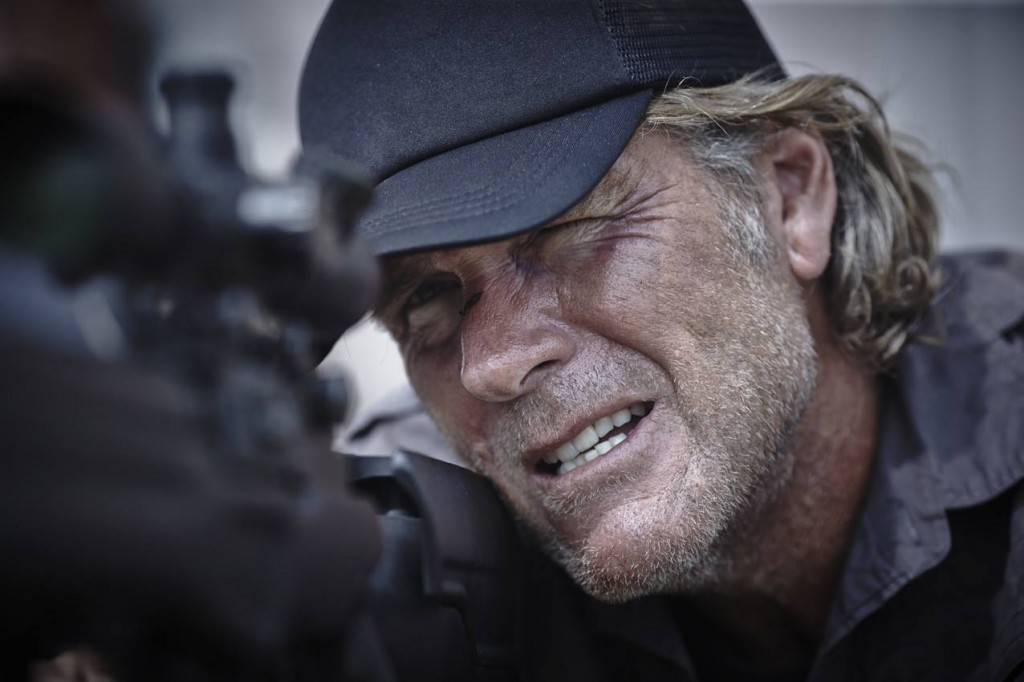 Luckily, there is an upside to all this. The opening credit sequence with its split-screen montage, incorporating archival footage of African warfare, was particularly effective. Also, most of the hand-to-hand fight scenes were conventionally well choreographed. It is an action movie after all.

The most engaging scenes were those involving the ‘Turkey Shoot’ program itself. The bright blue graphics and overbearing capitalised words accurately capture the bombast of reality television. There is also a strange love for the annoying super-caricaturised TV hosts Tom and Teena, with their ever-widening alligator smiles. And the catchphrases used in the show are realistic too – “When he’s in the game, get ready for the pain” and “Martial arts and ninja smarts”. It’s reality TV writing at its cheesiest and best. Caesar Flickerman would be proud. 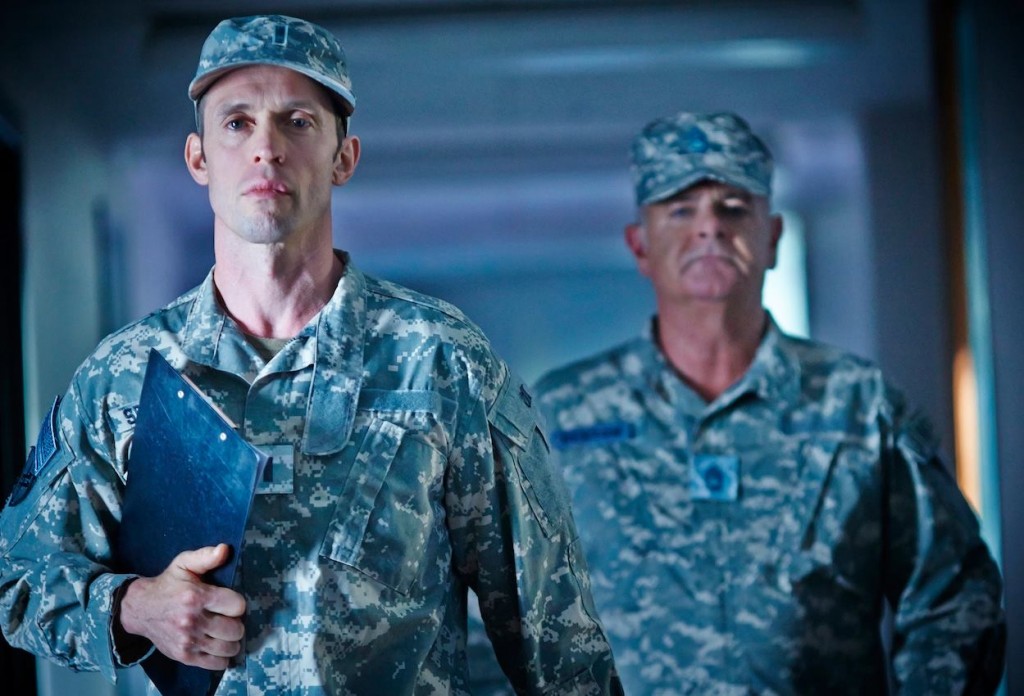 Despite the funding from Screen Queensland and, possibly, Samsung (there was a product placement there somewhere), Turkey Shoot remains a flick that could easily pass for an elaborate YouTube movie or film school assignment. Perhaps this was totally deliberate, with the campy elements being a nod to the low-budget sensibilities of exploitation cinema. But too many awkward questions are raised. Were the American accents meant to be that unconvincing? Is Turkey Shoot trying to be trashtastic on purpose? The creators seem unsure.

Considering the financial limits on this indie project, Hewitt and co. are commended for their efforts. Still, Turkey Shoot needed a more engaging hero who actually feels human emotions. If you’re a fan of the whole Expendables phenomenon or even worship Steven Seagal’s one-dimensional range of facial expressions then maybe – just maybe – you’d be into this sort of thing.

Summary: Turkey Shoot remains a flick that could easily pass for an elaborate YouTube movie or film school assignment.