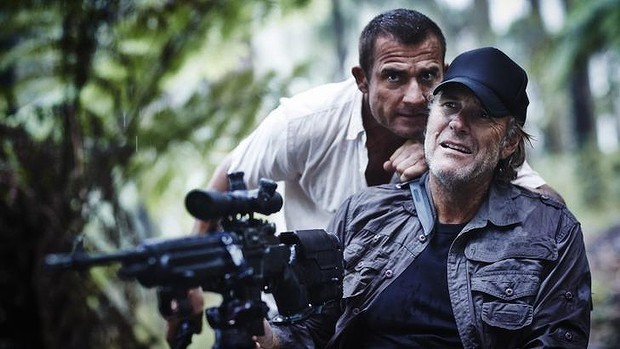 Remaking cult movies from decades past is always going to be a hard job to pull off and that’s exactly what director Jon Hewitt has taken on with Turkey Shoot, a remake of the 1982 fan favorite of the same name. The film follows disgraced Navy Seal Rick Tyler (Dominic Purcell) who finds himself in a Hunger Games type situation when the wolfishly intense Meredith Baxter (played brilliantly by Belinda McClory who also co-wrote the film) kidnaps him from prison. Baxter runs a show that pits criminals against in a literal life and death game. Picture Gladiators but with death and stuff. She calmly explains to Rick with a grin that’s about as real as a $4 note that she runs “the world’s most successful show on television” and that he is going to be the next contestant on (you guessed it) Turkey Shoot. If he wins the competition Rick gets his freedom, and if he doesn’t…well it’s not good news. What stands between this buffed up tough guy and freedom is a handful of assassins who all have a speciality in sending people to their makers. 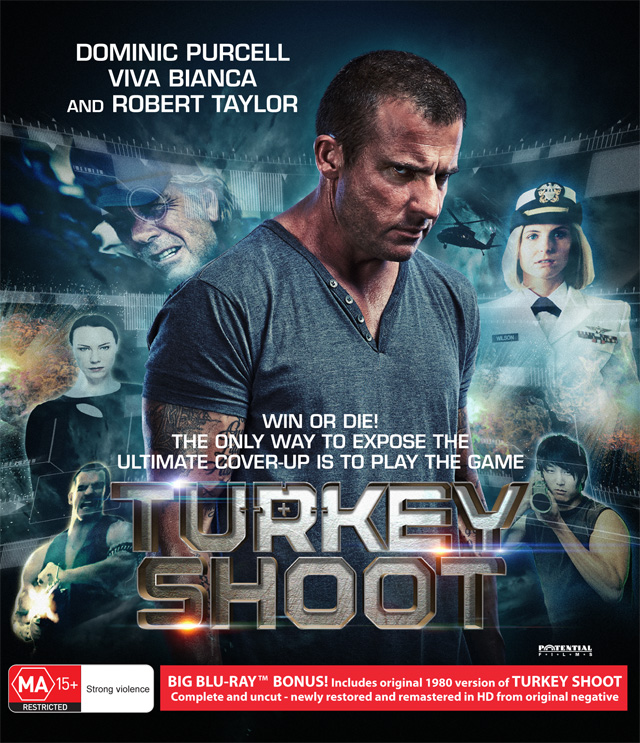 Here Rick enters a Call Of Duty like world where he is thrown into an environment with sandbox restrictions and video game styled villains. In order to pass each level Rick has to kill a host of dialogue free opponents and reach the level boss, who is good old American war vet Ramrod (Robert Taylor). The story’s location settings are ambitions with Australian bush and cities attempting to be masked as an exotic jungle or an American metropolis. It’s a little hard to believe we’re in a deadly foreign rainforest with our hero running amongst gumtrees, while it’s even harder to buy that the characters are in New York City with an Australiana like Caltex petrol station in the background.

As a way of avoiding an oversimplified action flick, writers John Hewitt and Belinda McClory create a backstory for the main character as a way of making the audience care about him. Rick Taylor is a lifeless character that is as basic as his name. He is quiet and brooding with a low amount of intrigue that keeps you mildly interested. With a mix of American accents that range from the convincing to the unintentionally hilarious, it seems like keeping the characters Australian may have been a better choice.

Turkey Shoot does its best with what it’s got though. For a low budget film about criminals killing each other, its gore factor is kept to a minimum as the most violent aspects are kept off camera. Though there is a brilliant scene where a dictator’s head is blown off in the most hilarious CGI death you’ll see in a while. The stunts seem to be mistakenly funny and the intended gags fall a little short. What could have been a film that sheds light on society’s blood lust and the media’s willingness to give it to them is instead a movie that’s as cheesy as Kevin McCallister’s pizza. There are attempts at creativity with the way the movie was filmed, with POV shots much like a first-person shooter videogame and footage from the all-seeing Big Brother security cameras capturing the action. When the combat is filmed with a shaky handheld camera it’s a questionable choice as it disorientates more than it enhances.

The myriads of killers who go up against Rick are just like the disposable characters in a video game. They are also as diverse but for the wrong reasons. There’s the Asian martial arts expert brilliantly named Armageddon whose only lines consist of kicking and punching. The same can be said about the skilful Kintay who is a saucy female assassin fitted with a samurai sword and a jumpsuit that doesn’t quite zip all the way up. Racial and gender stereotyping aside they do make for some badass characters that are underused. The duties of the main villain are left to Ramrod who is played to be a convincing war vet but doesn’t do much besides sit in a foldout chair and snipe people from a distance. It’s the hand-to-hand combat that saves this movie from being a total flop particularly with the real life hulk Haaken (Ian Roberts) who gives Dominic Purcell a run for his money with who has the thickest neck. The cast’s acting for the most part is okay with the standouts being Robert Taylor and Belinda McClory who own their roles nicely. 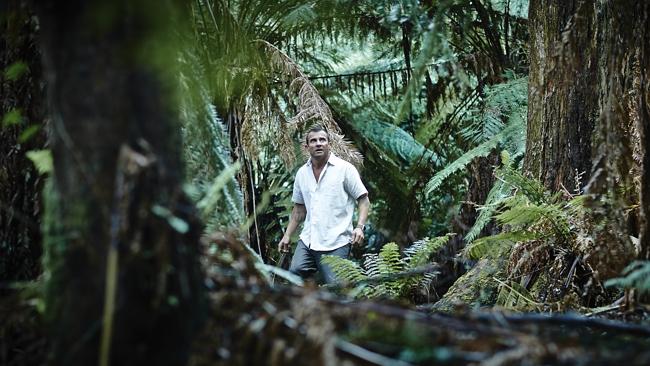 The best thing about this movie with its half warmed up plot and sometimes laughable stunts is how mindless it is. Turkey Shoot might be best enjoyed amongst friends as a series of drinking games. Take a shot every time Rick effortlessly kills somebody with his bare hands. Sip from your beer when an American accent becomes an Australian one for a second. Down your whole drink when you spot a Queensland license plate in “New York”. What might have been a hilariously violent and over the top film turns out to be a movie that tries too hard to be a Bourne instalment that leaves no lasting impression.

Summary: What might have been a hilariously violent and over the top film turns out to be a movie that tries too hard to be a Bourne instalment that leaves no lasting impression.