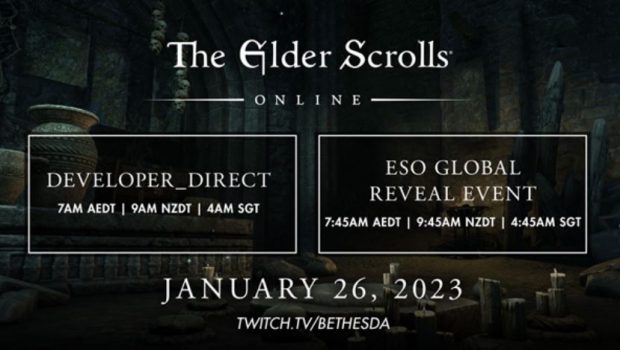 Starting at 7am AEDT, Xbox and Bethesda will present a Developer_Direct that includes ESO’s first major announcement of the year, providing an early look into the next big adventure for the game. Immediately following the Developer_Direct, ZeniMax Online Studios will also be hosting the 2023 ESO Global Reveal to share an in-depth look into the content coming this year on Twitch.tv/Bethesda.

Those who tune in for the 2023 ESO Global Reveal can claim the Ritual Casting emote as a free Twitch Drop if they linked their accounts before the Global Reveal starts.

It’s going to be a big year for The Elder Scrolls Online, so be sure to check out both livestreams via http://Twitch.tv/Bethesda starting on Thursday, January 26 from 7:00am AEDT!