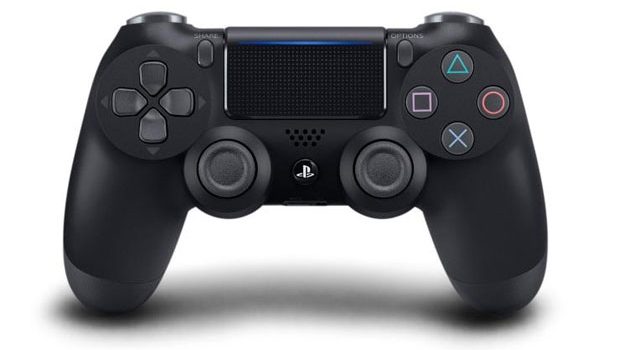 Entertainment powerhouses Twitch and Sony join forces for 30hr charity stream for Sony Foundation’s youth cancer initiative, You Can Over $40k of prizes to be snapped up including a limited edition 20th Anniversary PS4® console Deligracy, Loserfruit and Bajo kick off the stream at 9am on Saturday April 29 AEST, 2017

[Sydney Australia], April 27, 2017 – For the first time ever in Australia, Twitch has partnered with the charity arm of Sony group, Sony Foundation to host a 30-hour entertainment extravaganza live stream fundraiser for youth cancer program, You Can.

The marathon stream, commencing 29th April, will be hosted by some of Australia’s favourite Twitch streamers including Loserfruit, Bajo, Deligracy and JamesTurnerYT with special guest appearance from Sony Music artist and avid gamer Cyrus.

Five lucky and generous viewers will have the chance to secure a custom voice mail message from Nolan North, the voice behind the iconic Nathan Drake from the Uncharted series. The prize will be released in return for donations to You Can at various stages of the streaming event via the fundraising page, https://tiltify.com/causes/sony-foundation-australia/gaming4life-2017.

The global stream will also include exclusive content, developer interviews, rare merchandise, including over $40,000 worth of gaming hardware and accessories available in return for donations to You Can, including:

The gaming action and entertainment will unfold live on www.twitch.tv/6t4bites over 30 hours with teams of gamers competing to raise thousands of dollars to build youth cancer centres around Australia.

Horizon Zero Dawn, For Honor and Prey are just a selection of titles that will be played on PlayStation4 during Gaming4Life. The competition will heat up as viewers develop an alliance with their favourite team and show their support through donations to unlock exclusive content or compete in a variety of outrageous challenges.

Whilst clocking up the hours, the stream will not miss a beat, as Twitch streamers, hosts and Sony Music artists take part in gameplay, humorous challenges, cosplay, gaming trivia, Just Dance dance-offs, and live music performances from the Max Watts live music venue in Sydney.

Viewers can cheer the teams on and watch their favourite games while donating to a worthy cause. Donations can be made at https://tiltify.com/causes/sony-foundation-australia/gaming4life-2017

Since its inception, You Can has committed almost $5 million to building ‘You Can’ youth cancer centres in Australia for young patients aged 15 – 25. Too old for children’s hospitals yet too young for adult wards, these young patients are a ‘forgotten generation’ falling through the gaps in the medical system.  This year alone, over 1000 young patients will be diagnosed with cancer in Australia and these Centres will provide age-appropriate treatment and care alongside peers their own age, which has proven vital to improved survival rates.

Twitch streamer from The Netherlands, Kees Steenbergen, known as SevenS1ns on Twitch,has already raised over $5,000 for Sony Foundation via his Twitch community and will be travelling to Sydney to take part in the stream, hoping to lead his team to victory.

“I am extremely proud of my community for raising such a huge amount for You Can. They support and fight for each other every day. It will be an honor and a pleasure to represent the international Twitch community and contribute to this important cause when I arrive in Sydney. This will be my first time in Australia and I’m looking forward to meeting so many talented gamers. I urge every gamer out there to tune in, play along with us and raise some much needed money”.

Sony Foundation’s, General Manager, Emma Pechey says that the long-term aim of the You Can program is to establish youth cancer centres across Australia.

“Once you turn 16, the chances of surviving certain cancers are halved in Australia. Sony Foundation’s You Can campaign is committed to changing this, but we need the community’s help. Twitch streamers are a socially conscious community and with You Can being a youth related cause we hope that Gaming4Life will connect and engage the gaming community with our cause by providing entertainment like never before, thanks to the support of our family of Sony companies.”

Partner Associate, Australia and New Zealand at Twitch, said, “We are constantly moved by the passion of the Twitch community in making charity fundraising a staple on our platform. To date, over $65 million USD has been raised by our streamers for worthwhile causes, so we are optimistic about our viewers rallying around Sony Foundation Australia’s meaningful charity event.”

Tune in to watch Gaming4Life live from 9am AEST on the 29th April, 2017 on www.twitch.tv/6T4bites

For updates on all activity taking place during Gaming4Life and information on how to donate head towww.playstation.com/en-au/sign-in-and-connect/gaming4life/