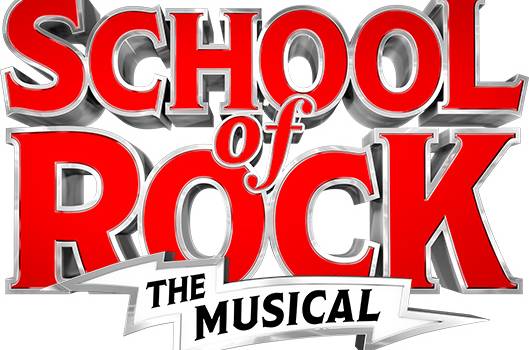 Tune your air guitar and raise your rock salute, Melbourne: SCHOOL OF ROCK is coming to Her Majesty’s Theatre from October 2018

Andrew Lloyd Webber’s Broadway and West End smash hit rock musical, School of Rock is coming to Her Majesty’s Theatre from October 2018, and the waitlist for tickets is now open at schoolofrockmusical.com.au

Since opening on Broadway to critical acclaim in 2015, School of Rock has been playing to packed houses and is now captivating audiences all across the US and in London’s West End. Melbourne – it’s your turn to revel in this ass-kicking musical.

Are you a girl who plays bass guitar, drums and/or cello? Are you a boy who plays guitar, piano, and/or drums?

Do you love to sing but don’t play an instrument?

WE WANT TO SEE YOU ROCK!

The search is on to find the best knee-sliding, fist-pumping kids in the country, with auditions commencing soon – budding rock stars can register via the website.

‘The children, who all play their instruments live, are simply phenomenal.’ Daily Mirror

School of Rock – The Musical follows dropout Dewey Finn, a failed rock star forced to earn some extra cash by posing as a teacher at a prestigious prep school. But Dewey isn’t going to teach his straight-laced students algebra or arithmetic, oh no. These kids are going to learn what it takes to become the most awesome rock ‘n’ roll band of all time.

Now he just needs to get his students to the Battle of the Bands, dodging strict teachers and pushy parents on the way to teaching these pint-sized prodigies what it means to truly rock.

With a new score from Andrew Lloyd Webber, lyrics by three-time Tony nominee Glenn Slater, book by Downton Abbey‘s Oscar winning Julian Fellowes, and all the original songs from the movie, School of Rock features an incredible cast of kids scorching riffs, pounding drums and rocking out live.

Andrew Lloyd Webber and Executive Producer, Madeleine Lloyd Webber are excited to be bringing the show to Australia and describe the musical’s creation. “As a family we sat down to watch the movie of School Of Rock and were immediately struck by how much it resonated with us all. We loved it for its sense of outrageous fun and the story that proves music can really change your life, whatever your age.

“We therefore realised we had the opportunity to share this with the world in the most exciting way of all – as a great new musical. We cannot wait to see the remarkably talented group of young actor musicians that we will uncover down under.”

Based on the hit movie, School of Rock – The Musical made its world premiere in December 2015 at Broadway’s Winter Garden Theatre, smashing box office records, garnering rave reviews, and earning four Tony nominations. The West End production opened in November 2016 at the New London Theatre, winning both the 2017 Oliver for Outstanding Achievement in Music and the 2017 WhatsOnStage Award for Best New Musical. An extensive US national tour was launched in September 2017.

Produced by Paramount Pictures, the 2003 film was directed by Richard Linklater and starred Jack Black in a career-defining performance and went on to gross more than $130 million worldwide.

★★★★★ “The most enjoyable few hours money can buy” The Daily Telegraph

★★★★ “A big hearted show. Loud and cheeky, a feel-good experience with a hint of anarchic wildness.” Evening Standard, UK

“A triumph for Andrew Lloyd Webber as the king of hit musicals.” Daily Mirror

On announcing the Australian premiere, the show’s producers said: “GWB Entertainment is thrilled to be working with Andrew Lloyd Webber’s Really Useful Group and S&Co to bring one of the greatest new feel-good musicals, that has been taking the West End and Broadway by storm, to Australia.  Get ready to rock in October, Melbourne!”

*Subject to availability.  $69.90 is restricted view seating on all performances.  An additional transaction fee of $6.60/order applies to all online bookings.