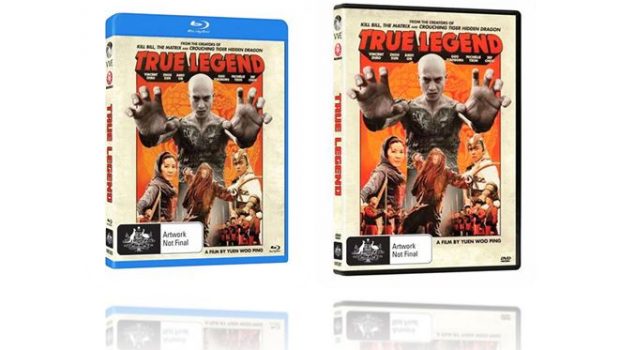 True Legend out on Blu-ray October

Via Vision Entertainment is pleased to announce it will release True Legend on Blu-ray and DVD. The martial-arts action spectacular from director Yuen Woo-ping will be out October 5.

A warrior retires from the battlefield to start his own martial arts school. But when his jealous adopted brother with links to the black arts, nearly beats him to death with his Five Venom Fists technique and kidnaps his son he soon descends into oblivion. With the help of his wife and former master he is encouraged back from the brink to train for one last showdown.

True Legend marks a return to Yuen’s roots after being the in-demand martial arts choreographer to the world’s best directors. He has served on The Matrix, Crouching Tiger, Hidden Dragon and the Kill Bill films. “The movie is wall-to-wall action,” writes Noel Murray for The AV Club. Mike Usinger calls it “fantastically over-the-top” in The Georgia Straight. Twitch Film describes it as “a film with superb action scenes.” The Village Voice raves, “Yuen delivers striking combat clarity without sacrificing the visceral editing and crazy digital effects of modern bloodbaths.”