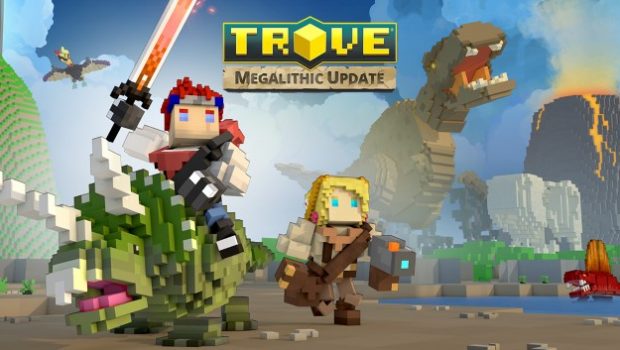 Trove Gets Colossal Console Update, Coming to PlayStation 4 and Xbox One on June 27

On June 27, Jurassic Era dwellers stampede their way into Trion Worlds’ epic block-building adventure Trove on PlayStation® 4 and Xbox One with the release of the game’s first major update on consoles. The Megalithic Update adds hours of new content with the Dino Tamer class, Jurassic Jungle biome, minigames, custom maps, and other features that expand the open world feel of Trove, which now has over 5 million players on consoles.

Players looking to craft, create, and battle their way through Trove will find the following new features in the Megalithic Update:

The latest trailer showing off content in the Megalithic Update can be viewed on YouTube here. New assets can be downloaded here.

For additional details on the Trove Megalithic Update, check out the official Trove blog.

Trove is available now as a free download from the PlayStation Store and the Microsoft Store.