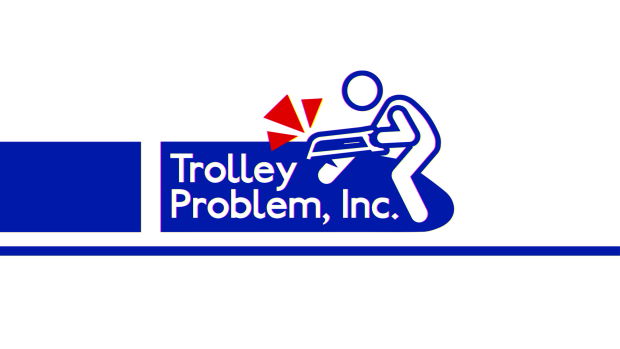 Summary: Tackle some (in)famous philosophical problems in this choose your own ethics game.

Anyone who watched The Good Place or took a philosophy course (for me it was specifically a class on contemporary moral problems) will know the Trolley Problem. Now that basic concept has been turned into a game. The eponymous thought experiment starts the game, then some variations of that scenario and we are then taken into some other challenging philosophical quandaries as we progress in our apparent career development. 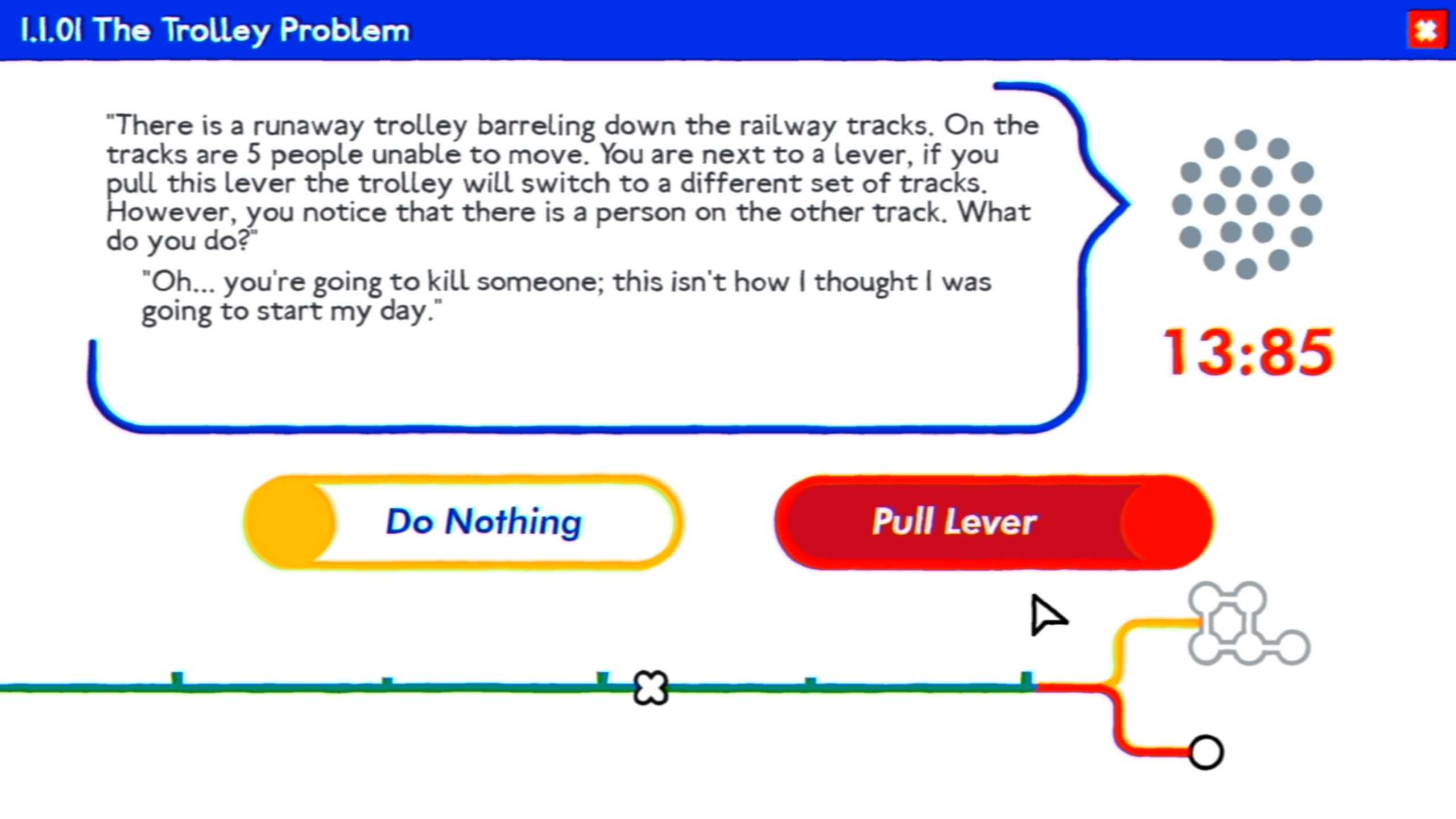 Funnily enough I actually thought that making a game of philosophical questions could be quite fun… little did I know, someone else had not only thought that, but put talent into actually making it happen. As a graduate of philosophy this game does gain bonus points in part for nostalgia and in part because I think these sorts of things can be interesting to consider. For those unfamiliar with the Trolley Problem, it essentially asks you to imagine that you are on a trolley (or in Australia it would be a Tram). Ahead the track splits in two… currently the trolley is set to go down a path in which five people are stuck and if it continues on that path, all five of those people will die. On the other track is one person and you have a lever in the trolley that will switch your path to the track with one person. The question is… do you pull the lever and send the trolley down the track with one person, killing them, or do you leave it to continue on it’s current path and kill the five people? 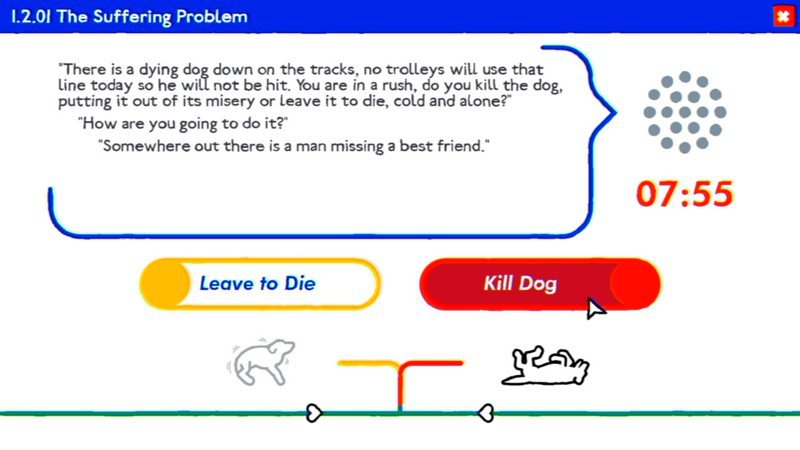 Putting these questions in the setting of a job interview/performance review is quite clever and the voice over is perfect at taking you through the scenarios and then adding little notes as the timer ticks down to finally lock in your choice for each question. These additional elements in philosophy class tend to come up after everyone has offered their choice for the basic set up… the added elements essentially explore whether there are other circumstances that might change the choice. It’s not a particularly complicated game or particularly long… but if you have an interest in thought experiments or comparing your responses to other players (or the developer) then it can be quite a lot of fun and again that narrator really adds a great level of engagement (try clicking to move forward while she’s still reading out the text). Visually it’s kept pretty basic but it doesn’t really need any more depth… I mean I’d be curious to see what change it might make to choices if this was made into a VR experience, putting you more directly in the role of the protagonist, but that’s just a curiosity more than anything. Actually I should say, there are some nice options in the visual settings that allow you to give it a more quirky look or just make it easier on your eyes. 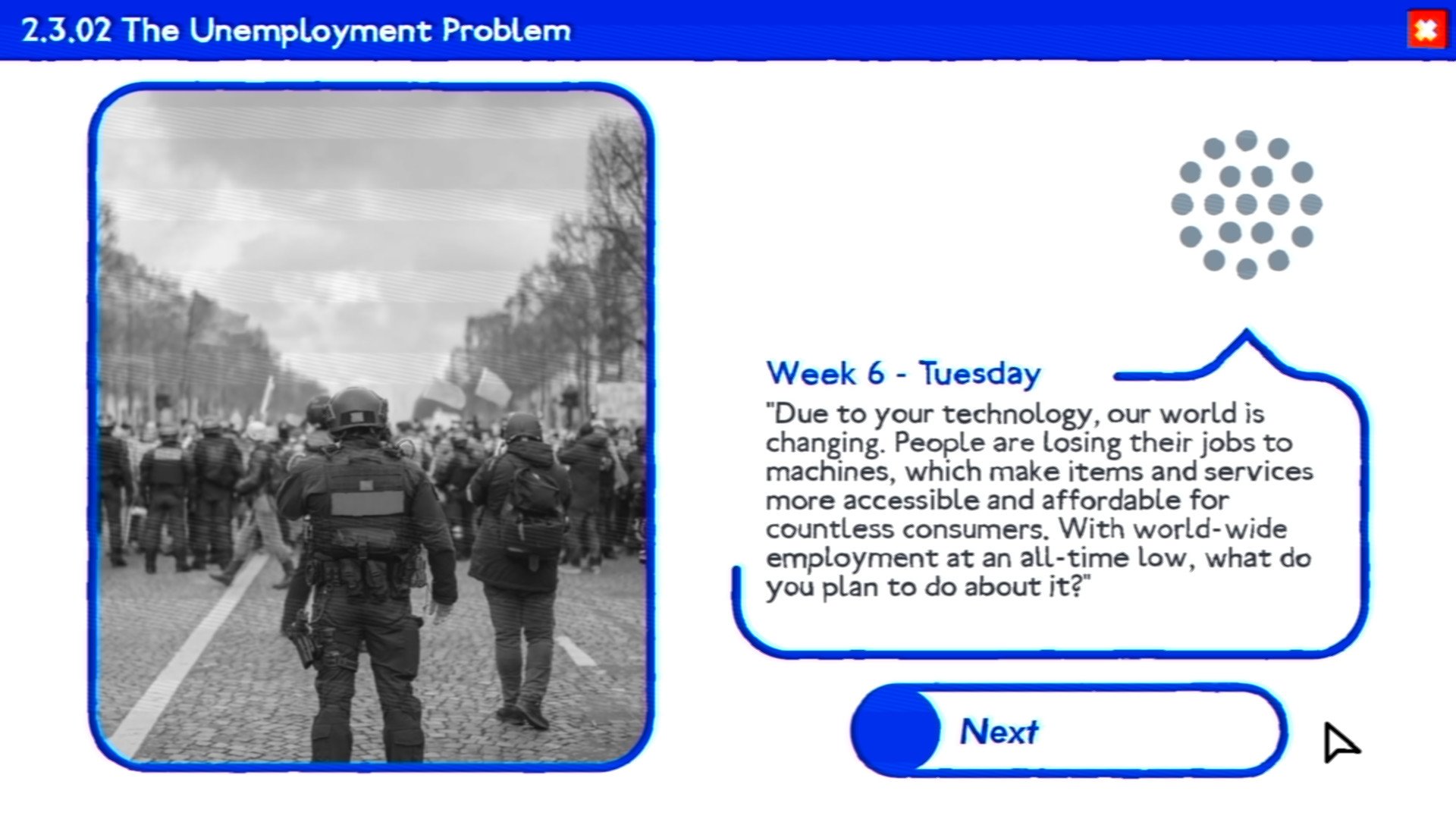 There’s not really much more to say… each question will present you with a new scenario to see how you tackle a difficult situation and at the end of each question you are given a tally of your responses. Playing all the way through won’t take long, as mentioned, I think I got through the whole thing in a bit under two hours. But it’s worth playing through at least once more to choose all the opposite answers and to see how that changes responses from the narrator. I’d be curious to see if DLC might be released with other philosophical problems. 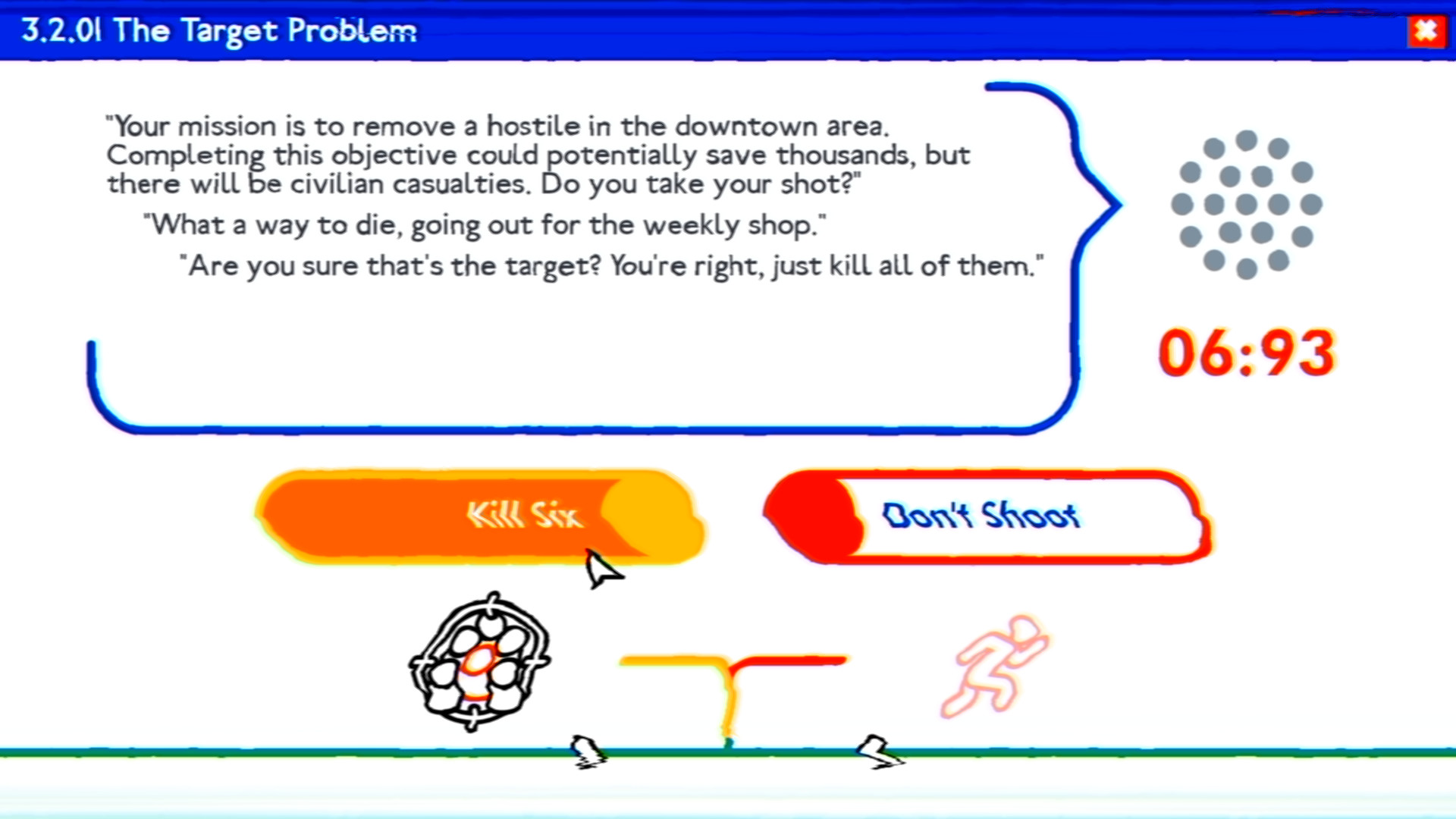 Should you buy it? Well if you like the idea of challenging your ethics with hypothetical scenarios then absolutely. If you are or were a philosophy student you may well get a sense of nostalgia and for me that is arguably enough of a reason to grab it. It’s a decent price for what it is, if you aren’t sure, maybe wait for a sale… but really for a chance to play something a bit more intellectual for a change I think it’s a great buy!