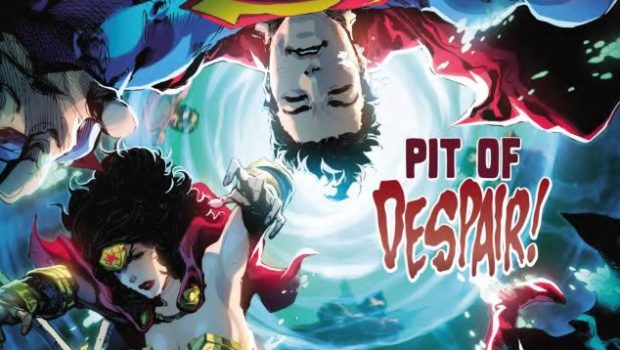 As Circe casts her dark spells within the Transantarctic Mountains, she easily dispatches the assassins of Ra’s al Ghul as she prepares her final sacrifice in order to reclaim her lost soul. Although she has captured Superman, Wonder Woman, Deadman and Zatanna, a wounded John Constantine still attempts to talk his way out of this nightmare and just when she commences the destruction of these heroes, there is an attack from the skies.

Leading the charge is Red Hood and the ‘Outlaws’ which include Artemis, Bizarro and the world’s greatest detective the Batman who managed to free them from Circe’s demonic control by ‘killing’ them. As Batman gets the upper hand on Circe by working his ‘mind tricks’ on this immortal, this allows Superman and Wonder Woman to get free from her influence but the dark mistress has another trick up her sleeve.

In essence she creates a Mech made from demons with her at the helm. However as our heroes team-up to defeat her, Ra’s al Ghul back stabs his former ally and pushes her into the portal where she was hoping to sacrifice the heroes. However these are heroes as Wonder Woman with the team holding her magic lasso help rescue Circe from an eternity worth then death as the trinity ensure that no one dies today.

Trinity #15 was an interesting issue, however it failed to reach the heights of the previous issues and it seemed a little rushed. More so, characters such as Deadman or Zatanna really took a backseat here (even the trinity themselves) and the dialogue for the most part was a little cliched.

Nonetheless, a different look at the trinity and where they sit in the DCU with some unexpected cameos thanks to writer Rob Williams but regrettably this story arc was a little too lengthy. Complementing the story was the dynamic art of V Ken Marion who helped bring this story to life and was almost worth the admission price alone.

The Dark Destiny series had its highs and lows, however the final issue failed to deliver an epic conclusion but thankfully it was still an enjoyable yet forgettable read… a good popcorn read! 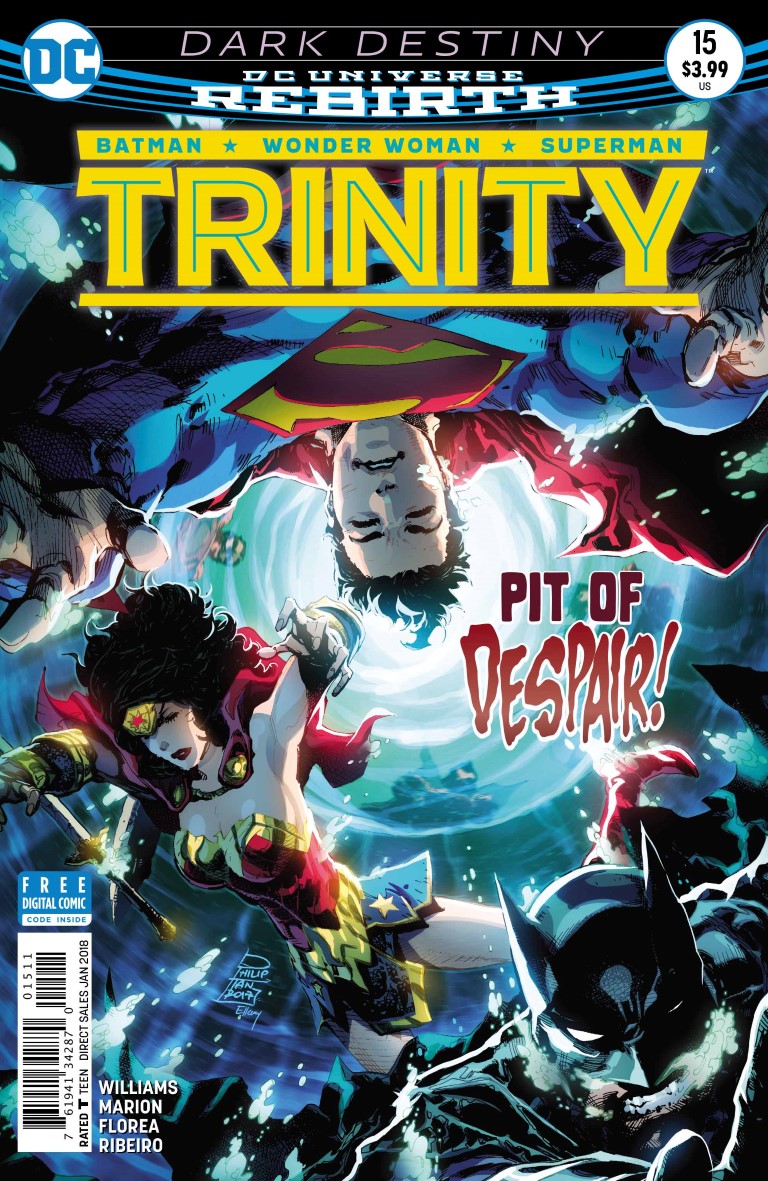 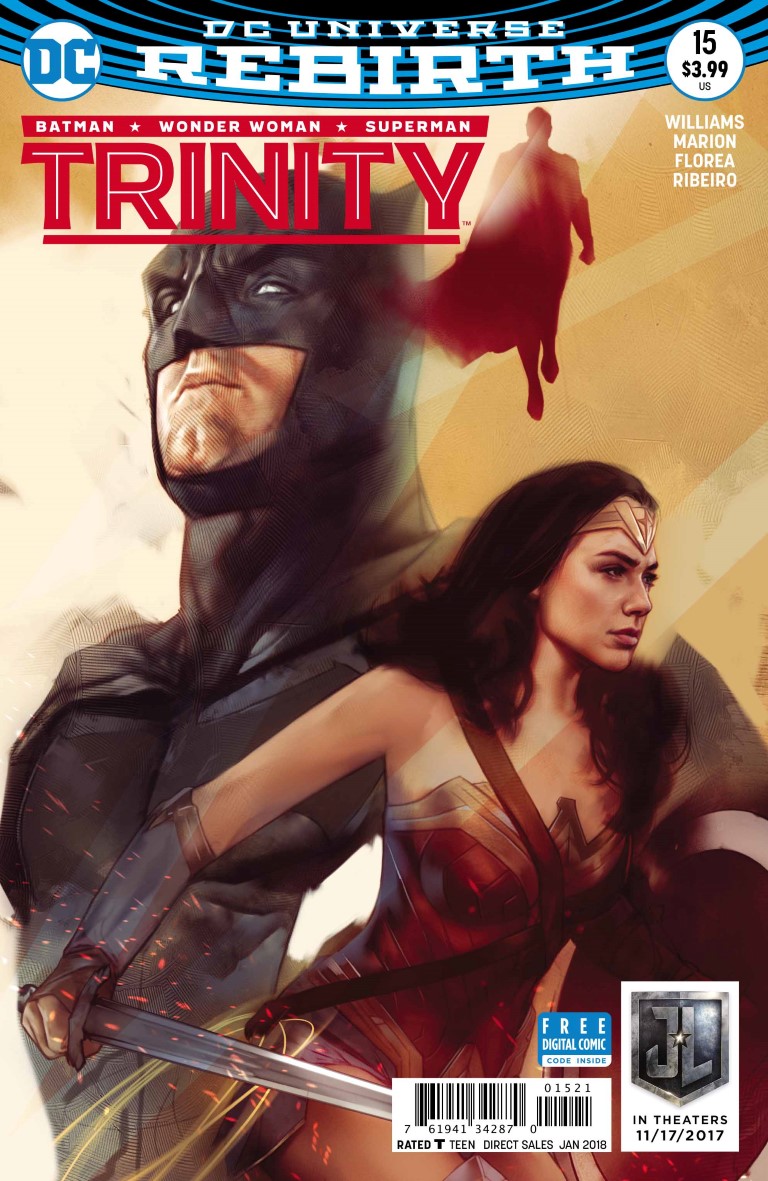 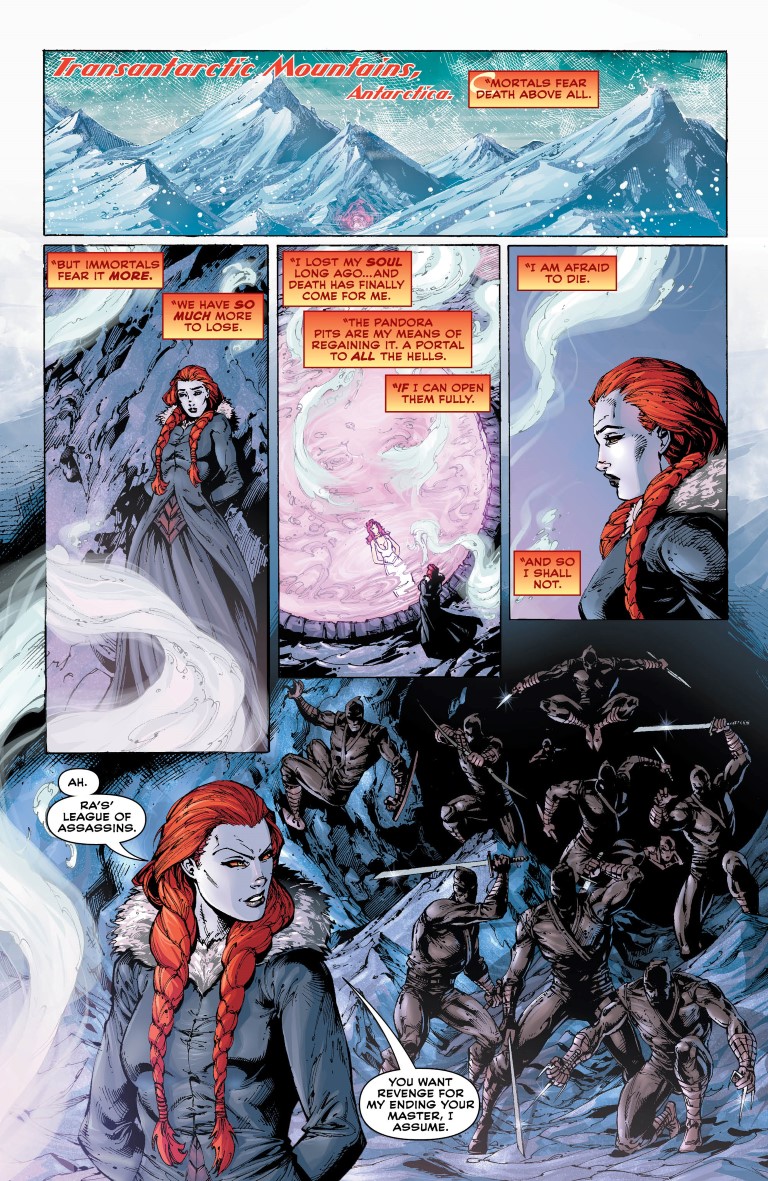 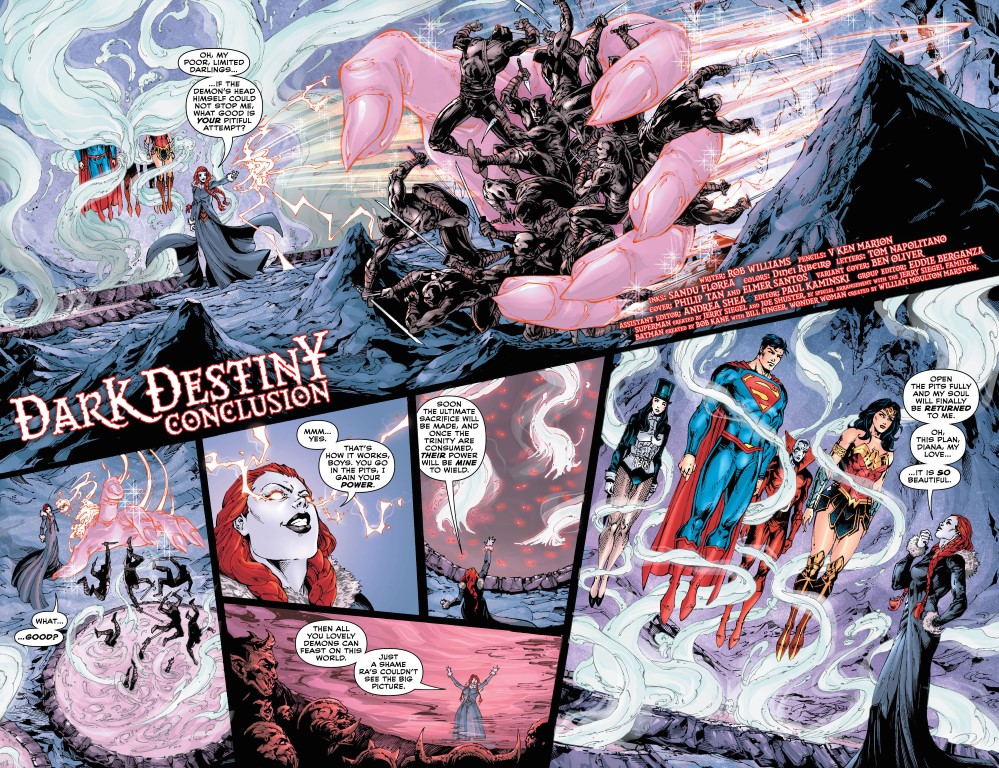 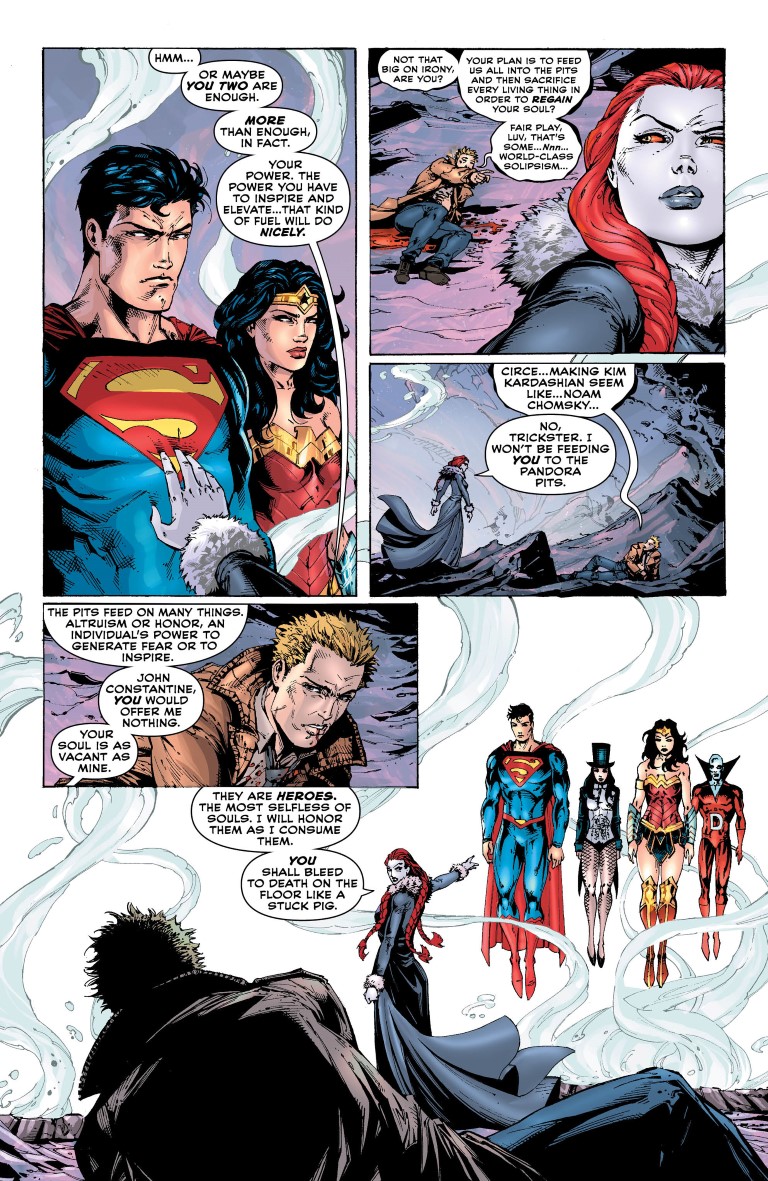