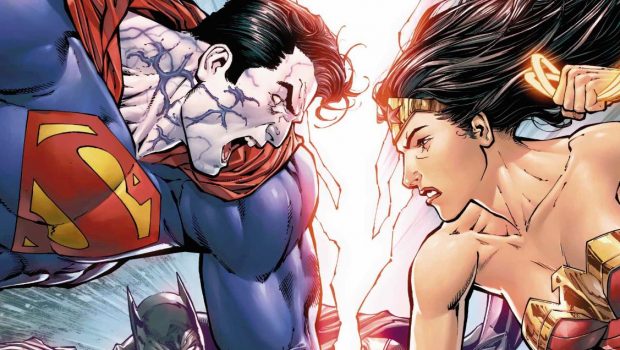 Writer Rob Williams and artist V Ken Marion bring us the next chapter of “Dark Destiny” that commences in the ancient past as the Goddess Circe attempts to reclaim her soul by sacrificing her lover which informs the reader of her current motivations. In the present, Batman and Wonder Woman are fighting a possessed Superman as Bizarro enters the fray.

With the odds against them, Constantine is at the mercy of Circe who threatens to destroy Zatanna as we learn that by sacrificing the trinity, it will allow her to achieve her heart’s desire. Not even her ally is safe as Circe double crosses Ra’s al Ghul in order to become whole again as she threatens to sacrifice the world.

This chapter of Dark Trinity was an interesting read, although it did seem to drag on a little and Superman was freed a little too easy from his possession with Batman taking down by Red Hood and Bizarro even easier with ‘science’. Nonetheless, I’m still exciting to see how this all pans out and artist V Ken Marion really brought this issue to life.

Trinity #14 heats up for the final chapter of the Dark Trinity story  as Circe attempts to make the ultimate sacrifice but somehow I doubt that Superman, Wonder Woman and Batman will stand idle. Hopefully we’ll also see more of the ‘magic’ Trinity Constantine, Zatanna and Deadman have a bigger role as well. 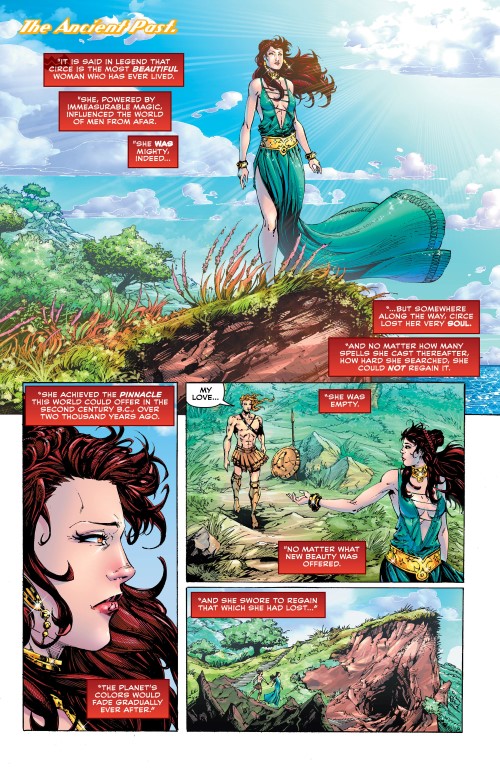 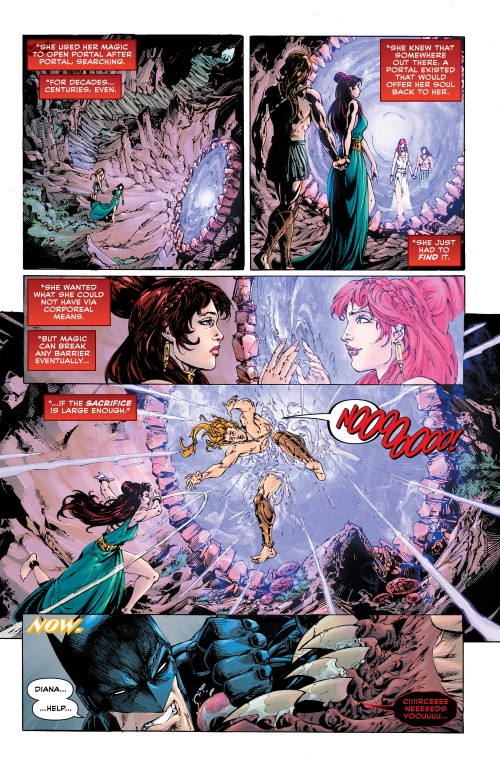 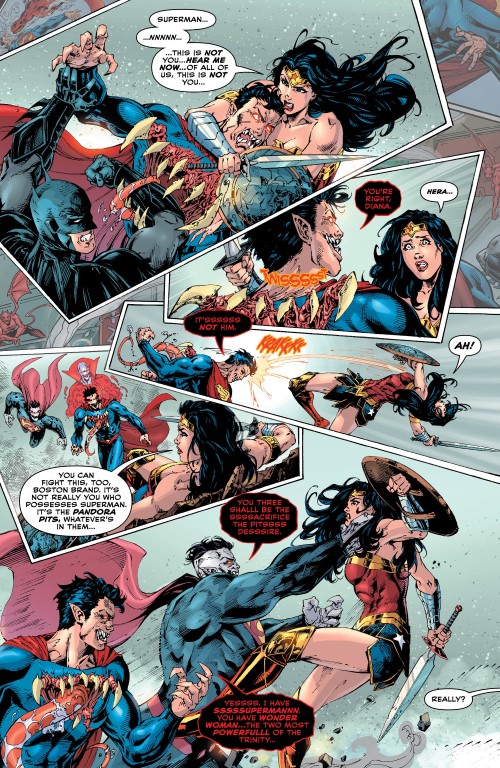 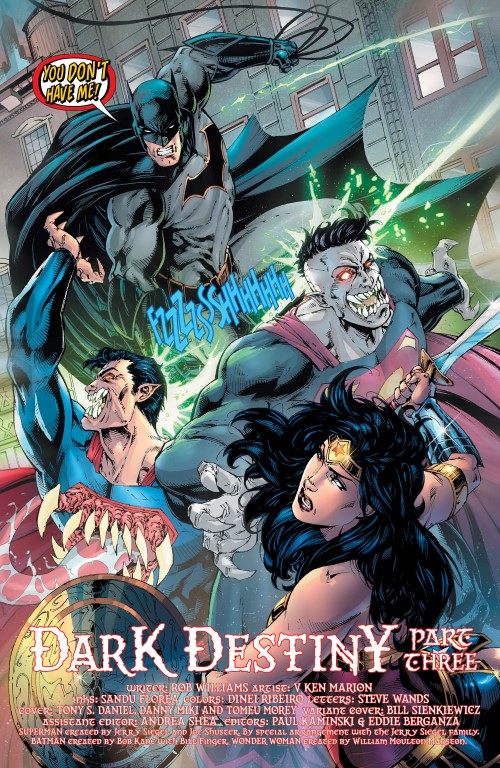 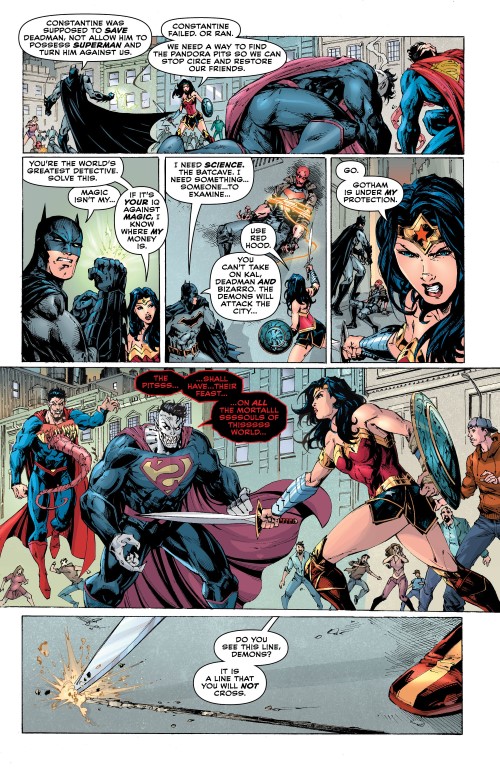 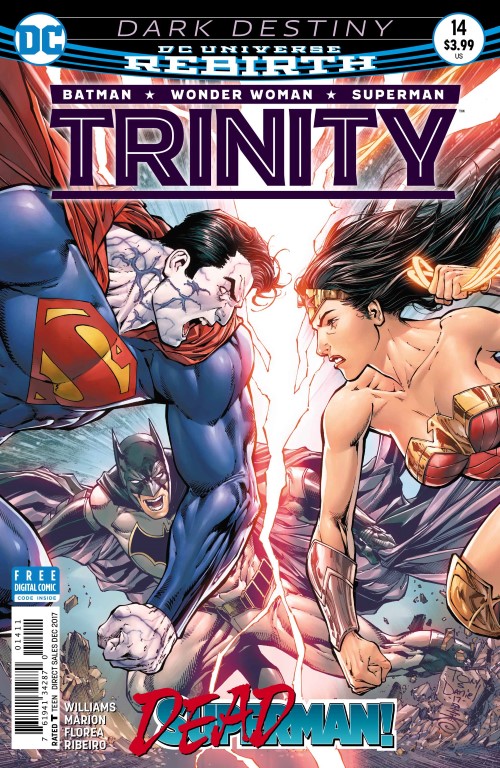 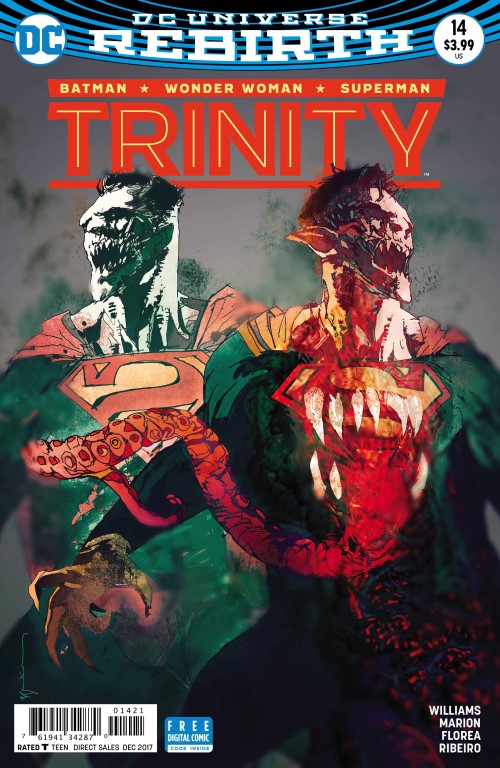