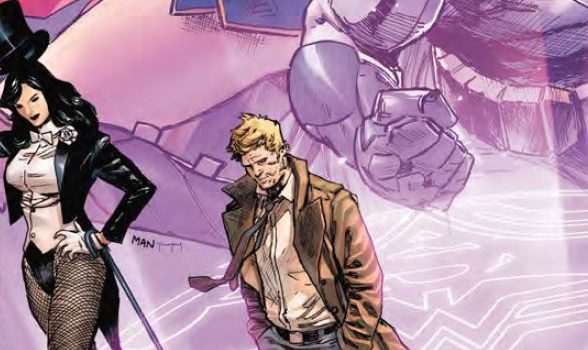 Summary: All in all, Dark Destiny is off to a ‘magical’ start and I for one cannot wait to see how this spell unfolds!

Dark Destiny is the next story arc in Trinity and is written by Rob Williams with art by V Ken Marion which guest star the ‘mystic’ trinity, Zatanna, Constantine and Deadman. So when Batman, Superman and Wonder Woman call the mystic trinity to their aid, we discover that Red Hood has been possessed by demonic forces.

In order to remove the demon from Red Hood, Deadman enters his body to have a ‘conversation’ with the entity possessing him, however things don’t go according to plan as both Boston Brand (aka Deadman) and Zatanna are taken. It’s left to John Constantine to help the trinity but before they can rescue their magical comrades in arms, they are attacked again by a possessed Bizzaro and Artemsis and we learn that Circe and Ra’s al Ghul are behind the possessions.

What I enjoyed about Trinity #12 was the dialogue between the characters, especially the possessed Red Hood who really embraces the demon and torments the Batman in classic Exorcist fashion. Although only Wonder Woman is really equipped to handle the mystical threat, Superman is a little out of his league but Batman manages to keep his ground.

It’s quite an action packed issue and artist V Ken Marion lends himself well to the story and really captures the characters, especially Batman and Zatanna who really shine. Furthermore, it’s great seeing DC return to a more established universe and never in a million years was I expecting this team-up which was nicely done by the creative team.

All in all, Dark Destiny is off to a ‘magical’ start and I for one cannot wait to see how this spell unfolds! 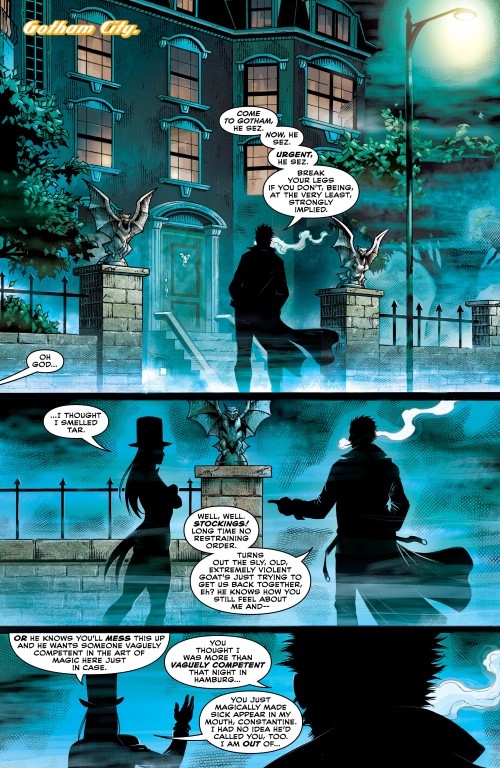 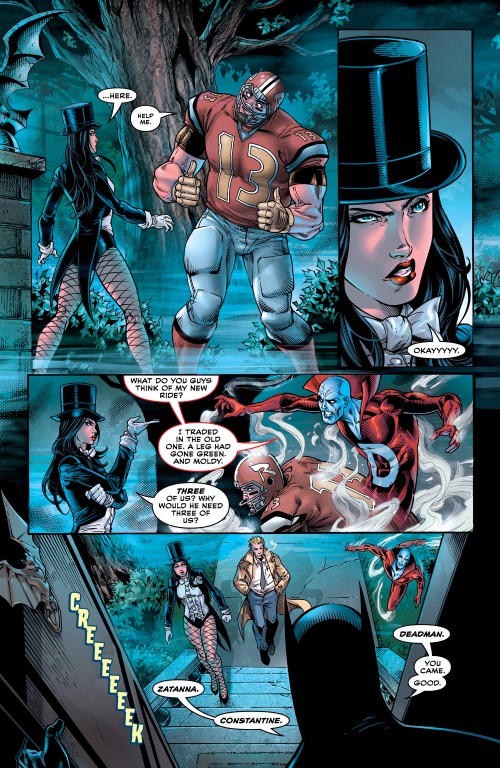 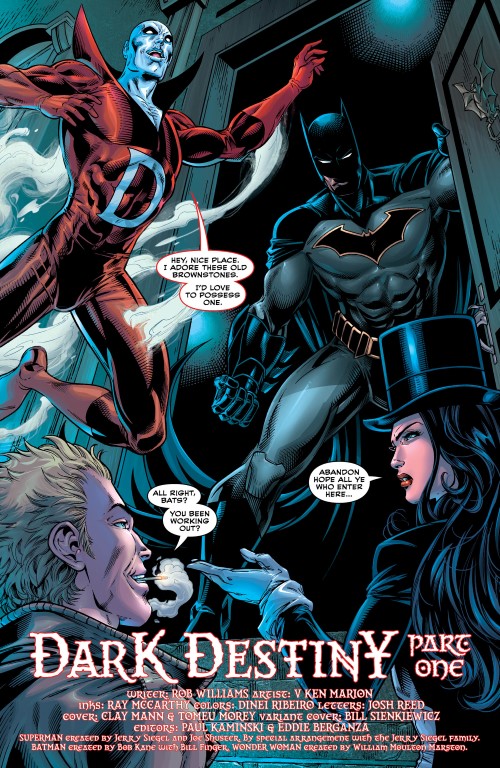 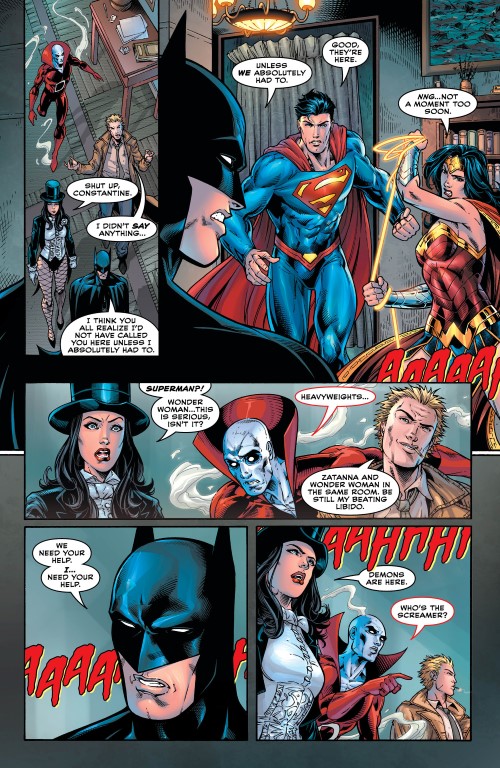 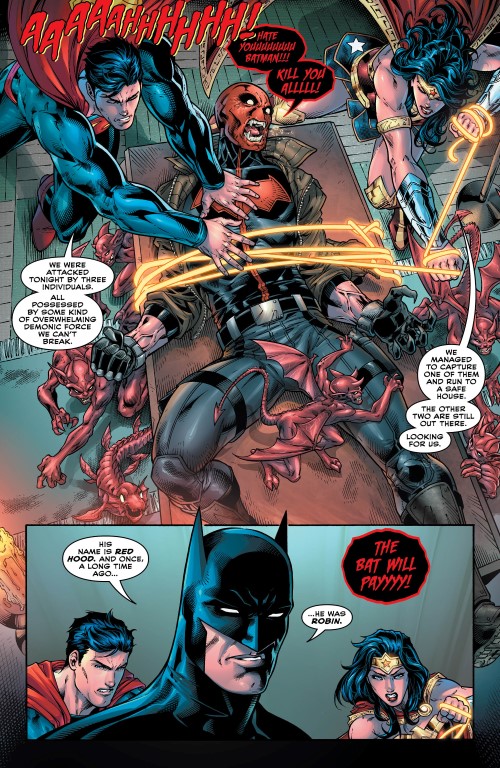 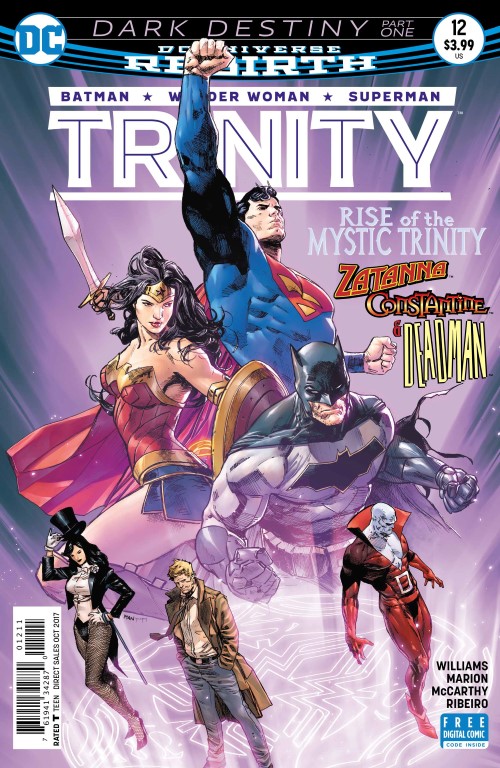 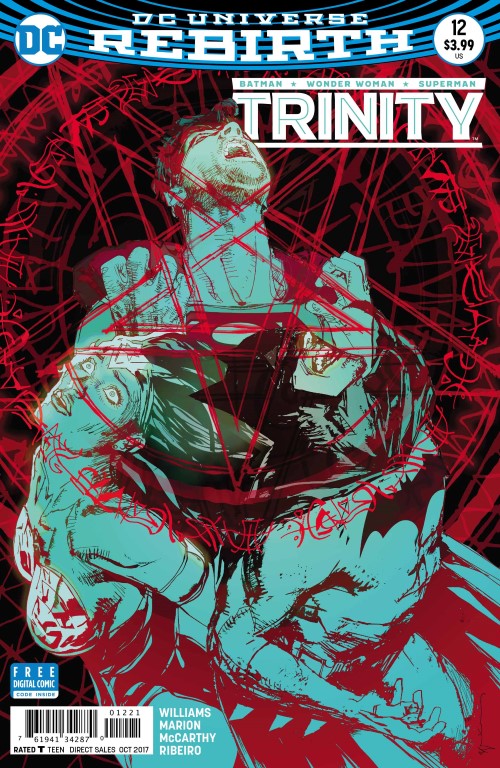