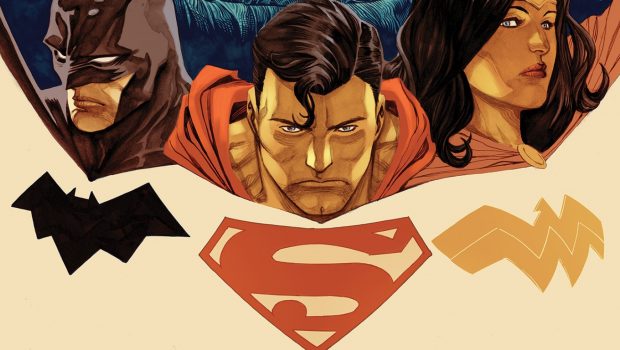 Summary: Trinity #11 brings together the humanity of Superman, Wonder Woman and Batman by a not so common foe.

Welcome to the conclusion of the Dead Space storyline as the Trinity (Superman, Batman & Wonder Woman) face off against an alien virus and it’s keeper with the Justice League. Written by Francis Manapul with art by Manapul, Scott Hanna and Scott Godlewski, the story begins with a ‘possessed’ Wonder Woman discovering a little more about the history of these so-called parasites. However we soon discover that their story is not that simple as the Androids who came to the trinity with a solution are far less diplomatic then we thought as they attempt to cover up their ‘miscalculation’.

“Hidden beneath this dreadful visage is their true beauty.”
– Wonder Woman

While Batman saves Cyborg and in a classic scene reminiscent of Aliens, he manages to do the unthinkable while Superman is battling his own enemies with two infected Green Lanterns. Using all his might, the Kryptonian manages to slow the alien ship from entering the Earth’s atmosphere and as a result, Simon Baz and Jessica Cruz are freed from the virus. With Wonder Woman breaking control of the virus and defeating the traveller, the League works together with the trinity to once again save the planet and prevent the virus from spreading globally.

“But Clark Kent knows he can’t always do it alone.”
– Superman

The comic ends with the trinity placing the virus which we learn are an adaptive symbiotic organism into the planet’s ecosystem to help the Earth as the White Mercy who was introduced earlier in the series watches on in peace. Like previous issues, Francis Manapul really captures the spirit of the trinity as the issue has some great dialogue, character development and a non-familiar villain which makes it a refreshing read. His artwork also brings the story to life and although it’s about superheroes, he manages to make the story about men and women which is where he succeeds.

“Anything that doesn’t have tentacles…”
– Batman

The conclusion of the Dead Space was a satisfying end to this story and proves that you don’t need to have a famous villain of the month. For the most part, it was a well-written story with a couple of confusing parts but thankfully nothing that impedes too much. Add in the excellent art and in the end, you have a comic that successfully celebrates the trinity in their purest form. 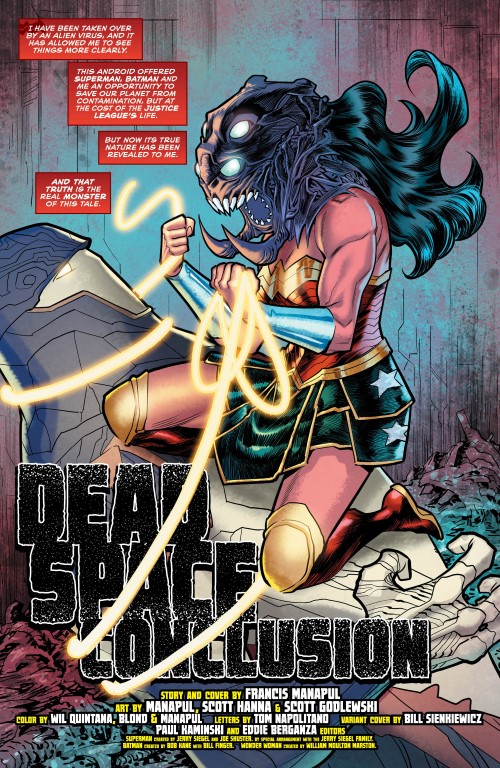 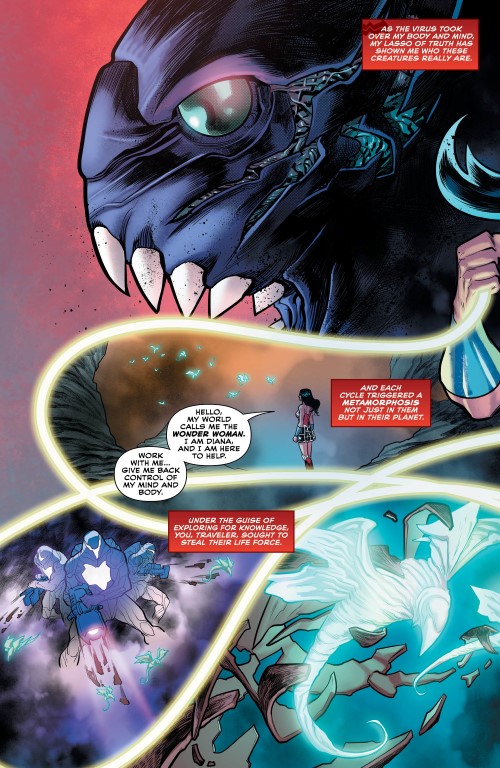 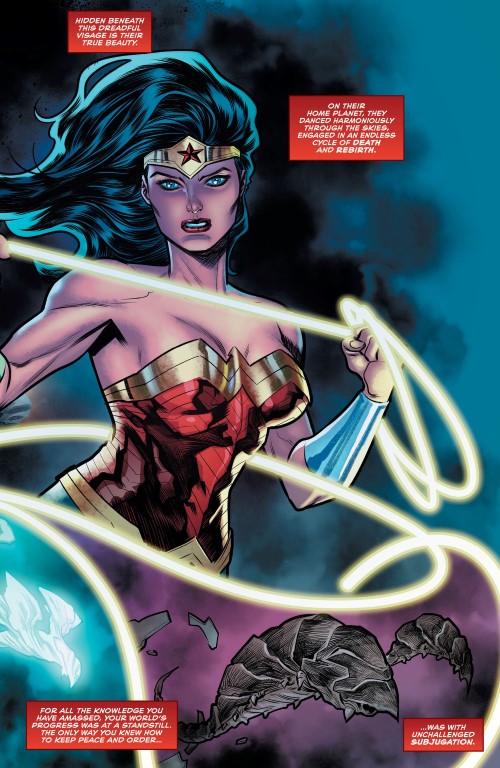 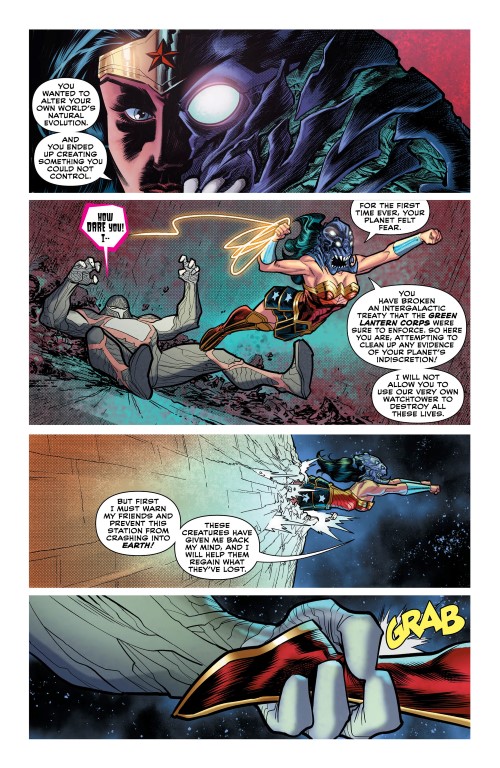 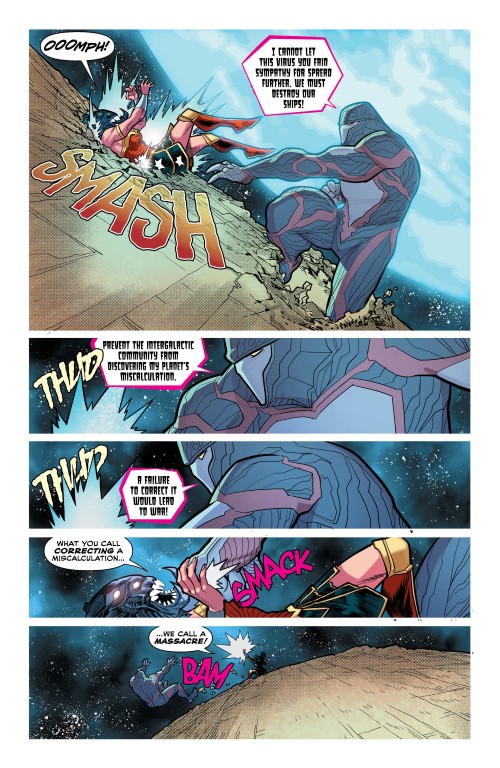 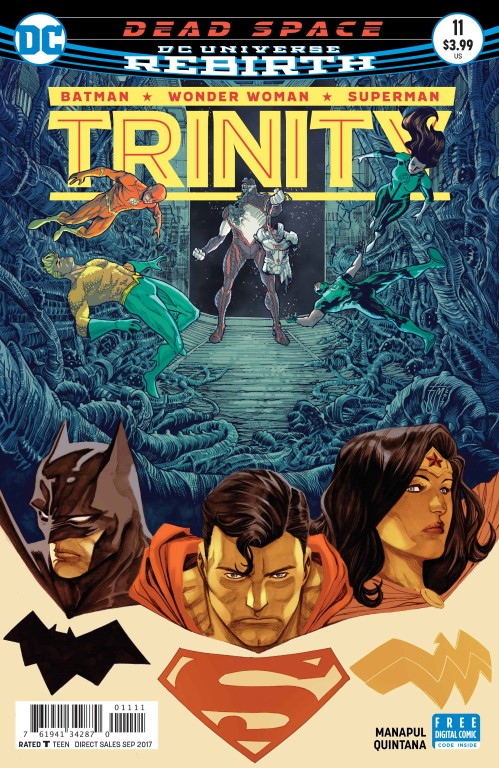 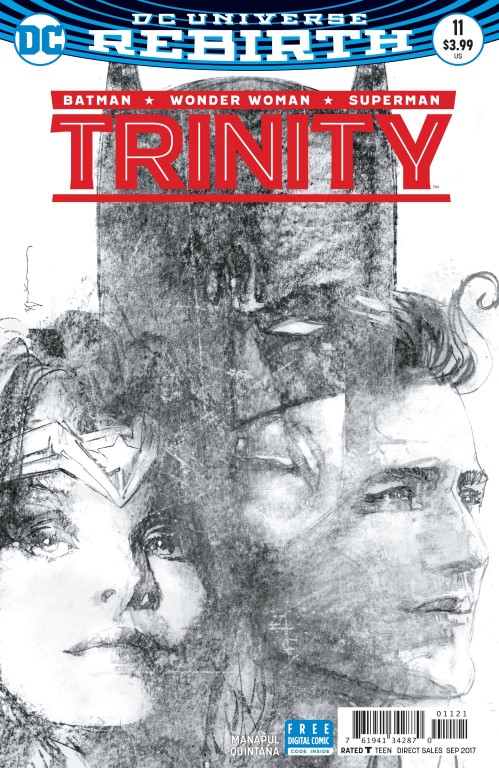