Summary: Trine 4 upholds the series reputation for being fun, simple, puzzle-platformers that are gorgeous to look at

Even if you think you’ve never heard of the Trine series before, there’s a good chance you own one or two of the games in a digital library of yours somewhere. The Trine series is something of an indie darling at this point, with three solid entries that seem to find their way into various bundles and subscription services because they’re simple, fun, puzzle-platformers. Trine 4 does well to continue this trend and is likely to be regarded as the high-water mark of the series. 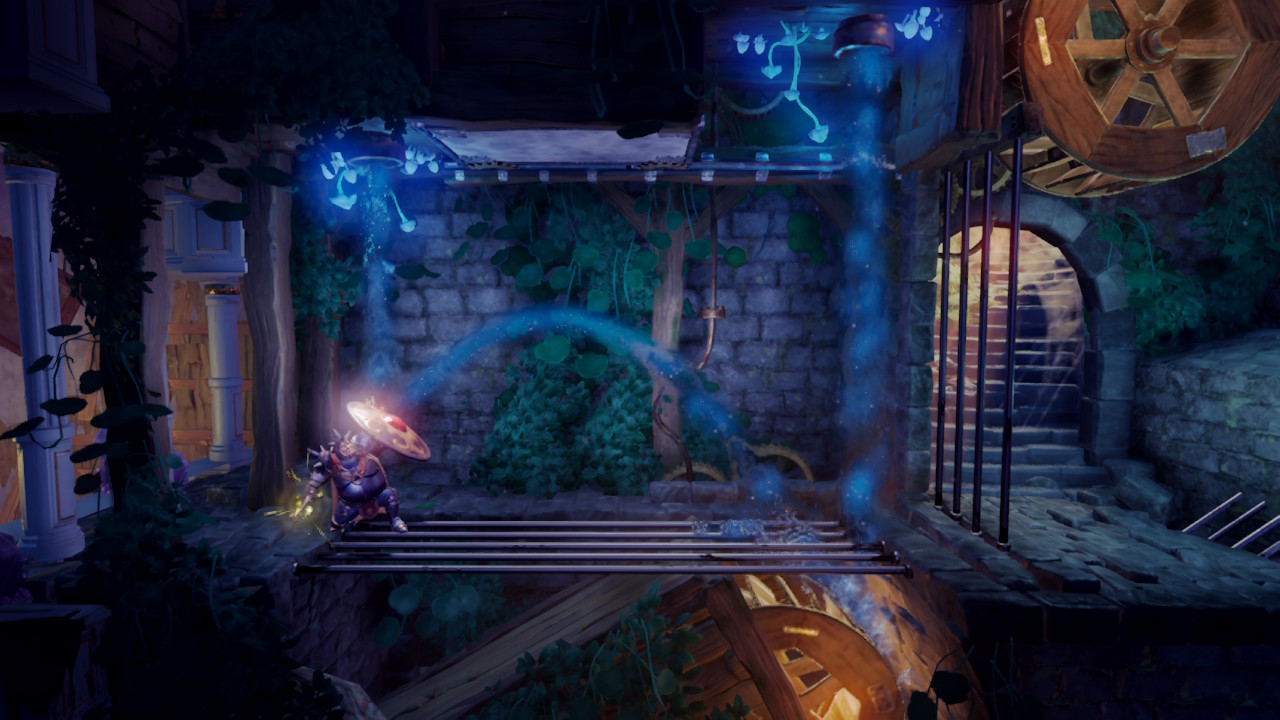 As the name suggests, Trine 4 is the fourth iteration of the long running, indie, puzzle-platforming series. For those that aren’t familiar with the previous Trine games: Trine is a 2D puzzle-platformer with less of a focus on precise platforming challenges, and more emphasis on the physics-based puzzle solving. The series has been generally well regarded across each iteration as great looking puzzle games that fall a little towards the simple side of things. 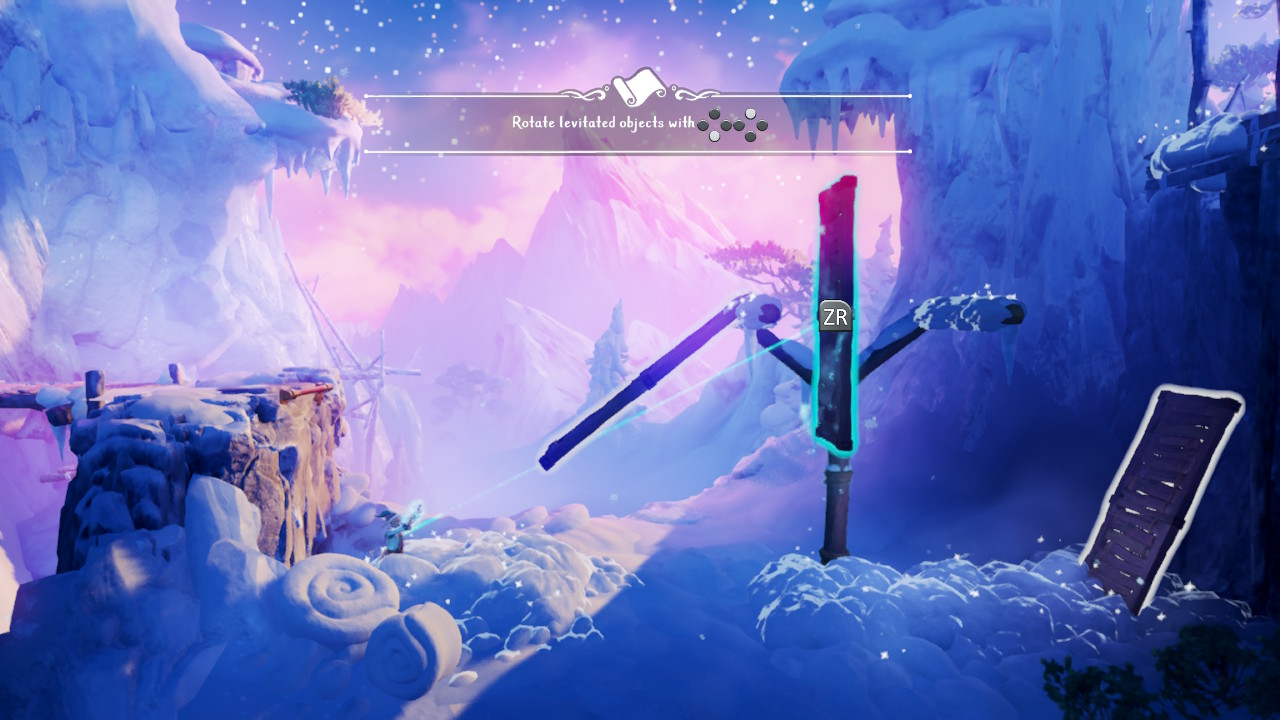 For the most part, Trine 4 upholds this reputation in many ways. There’s still more of a focus on puzzling than platforming, and you aren’t likely to spend more than a minute on a puzzle until about three quarters of the way through the game. However, the one point of difference is in just how good Trine 4 looks.

Where previous entries of the Trine series simply impressed us with the gloss and glam of its game engine, Trine 4 puts on a masterclass in visual design. Every level is rendered with an astonishing amount of detail in the foreground and background to produce some of the best looking levels I’ve ever seen in a 2D platformer. Each new environment feels authentic and interesting in a way that compels you to push on and see what comes next. 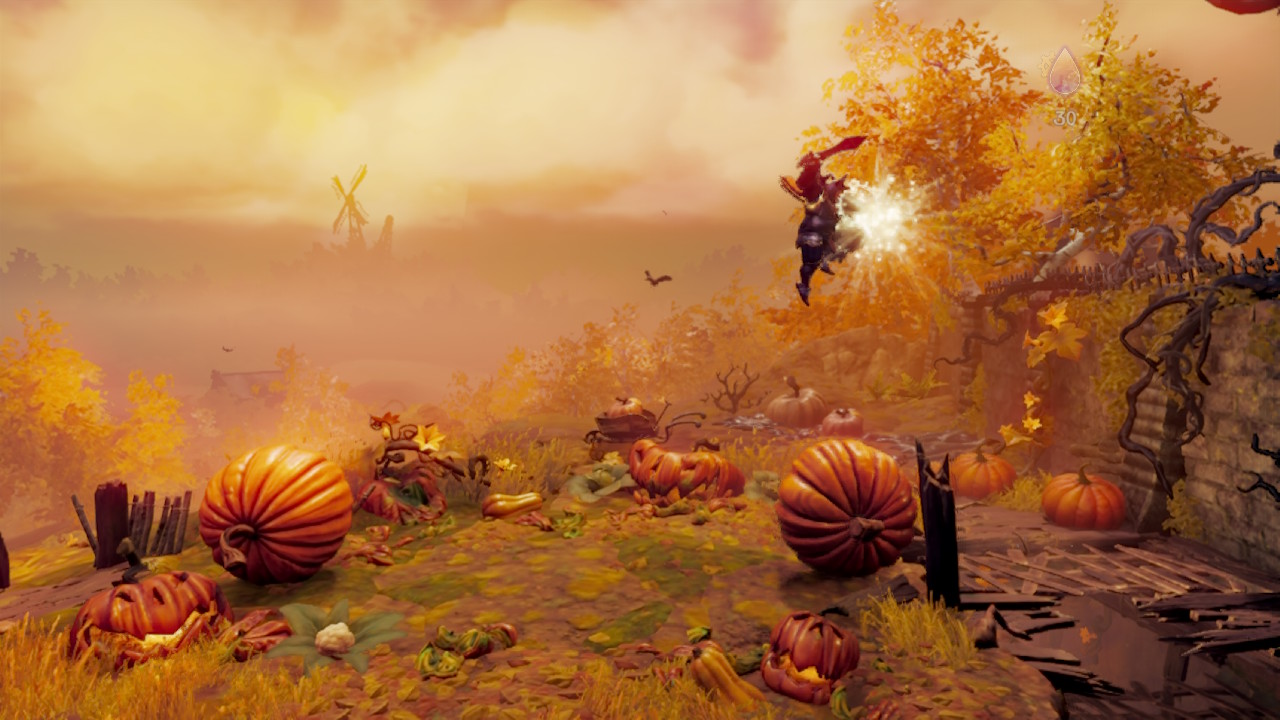 The story follows the adventure of our heroic triumvirate as they search the land for a prince that has escaped from a magical academy with a mysterious amulet. The journey sees the group trekking through all sorts of weird and wonderful lands in pursuit of the prince, which offers a nice variety of biomes for the levels to take place in. It’s a light story, but the fully voice-acted cutscenes offer a welcome reprieve from the gameplay and the narrative works well as a backdrop for the adventure. 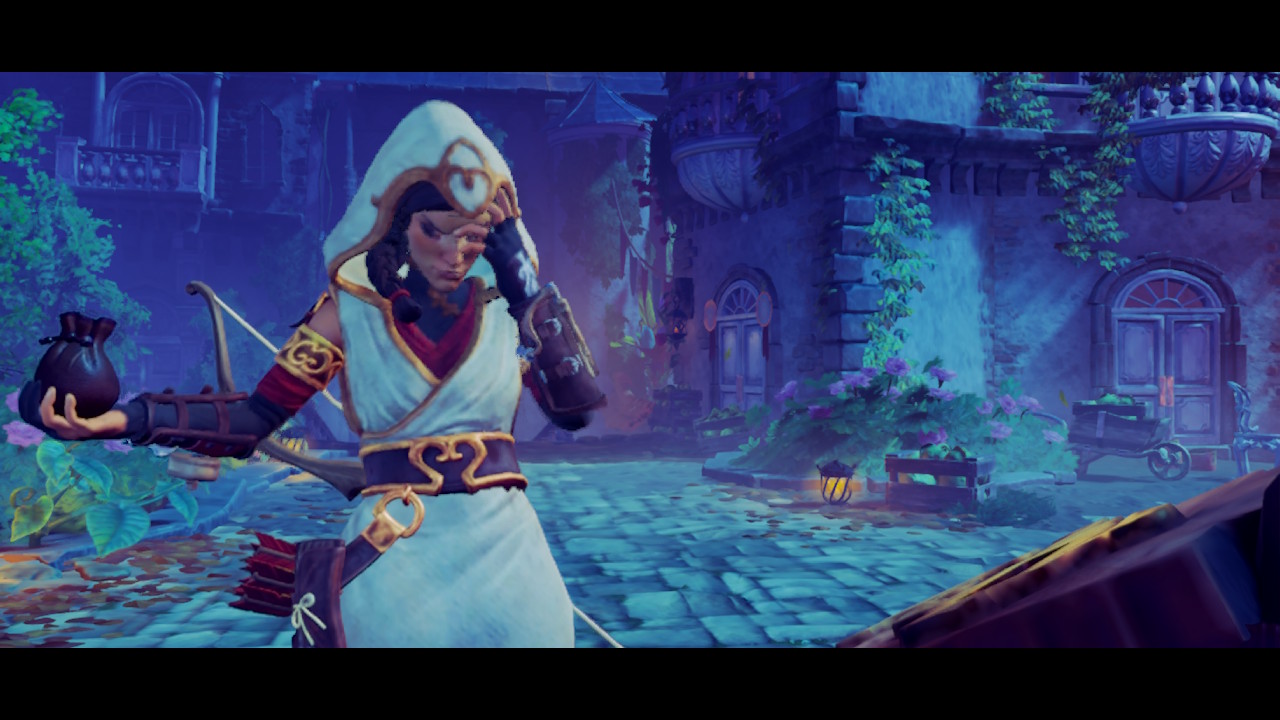 Trine 4 retains much of the standard character-swapping gameplay of the previous entries, with a few new abilities added to each hero’s arsenal. When playing alone, you can instantly cycle through each of the three heroes by tapping the left or right bumpers. Amadeus the Wizard is able to conjure objects such as blocks or spheres, and is also able to levitate certain objects in the environment. Pontius the knight has a more combat-focused tool set, with a sword that can be electrified and a magical shield that can reflect almost anything. Zoya, the thief has a bow that can send flaming or freezing arrows towards certain targets, plus a rope that can be used to latch onto hooks or create bridges between two points. Each of these characters also has some form of dash manoeuvre that can be used to quickly dart across a short distance. 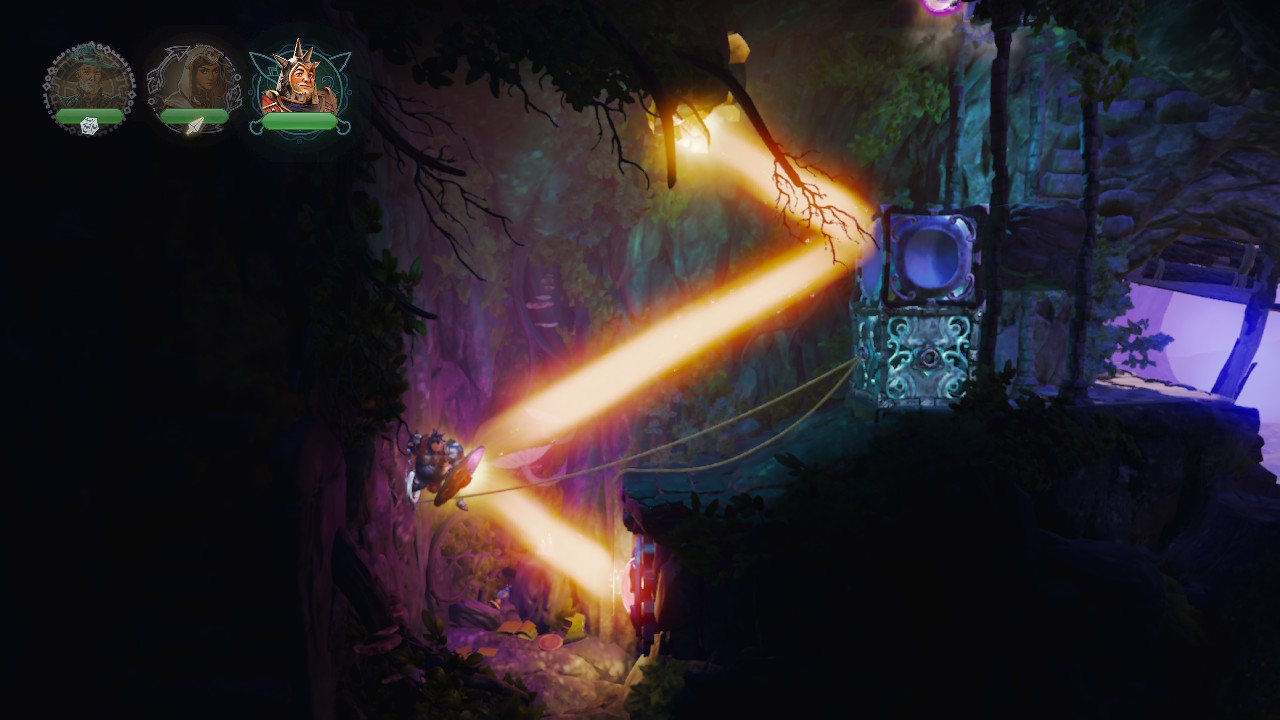 You’ll need to familiarise yourself with each of these character abilities in order to overcome the various puzzles you’ll encounter in Trine 4. Most of the puzzles can be solved in multiple ways, which can lead to fun moments of experimentation when playing multiplayer (each player controls a different hero, with duplicates available for four players for the first time in the series). However the game doesn’t offer much of a challenge until the later levels, as a good portion of the early puzzles can simply be solved by using momentum to swing toward the objective or by stacking objects on top of each other. 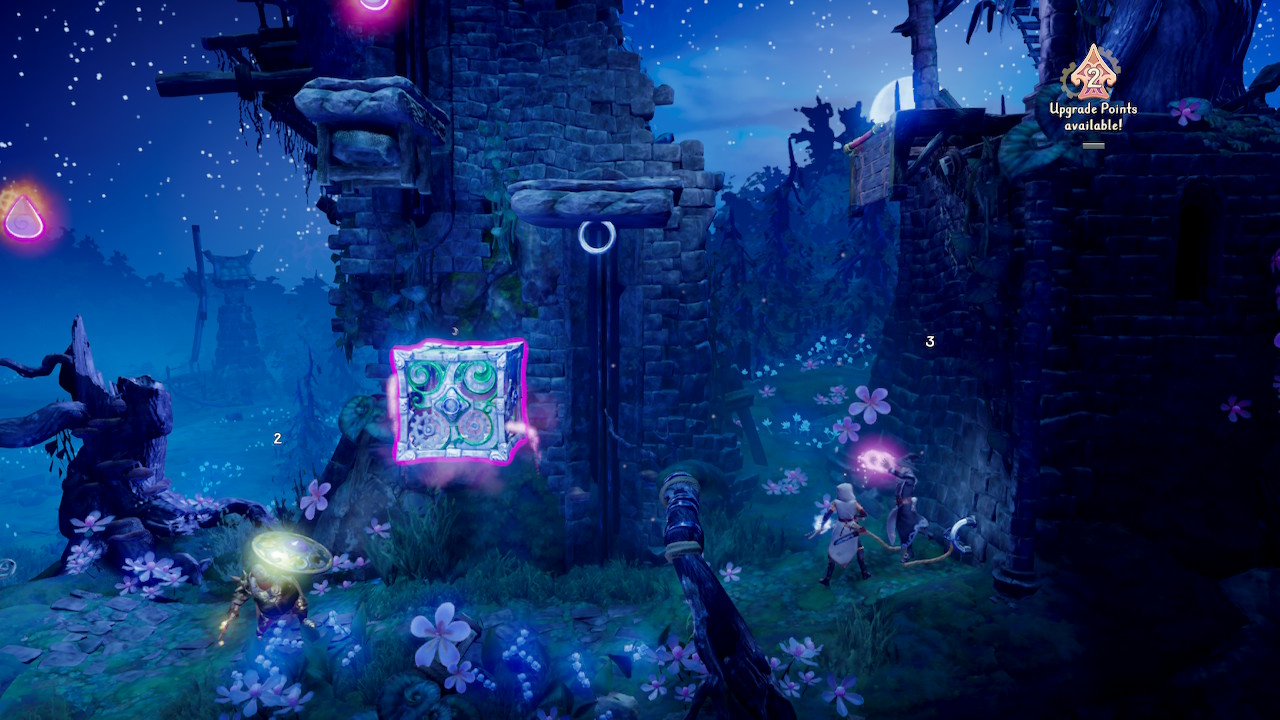 Despite the relative simplicity of Trine 4’s early puzzles, I really enjoyed my time with the 7-hour adventure. The game looks absolutely gorgeous with a fantastic variety of interesting environments to explore that are absolutely bursting with life. The story won’t be remembered this time next year, but it’s a fun, light-hearted tale that really brings the whole adventure together. The physics-based puzzle-platforming is better than ever and it still feels fun to shoot, swing and levitate your way through lengthy levels filled with puzzles. Trine 4 is worth your time and if you’ve never played a game in the series before, this is the perfect point to jump in. 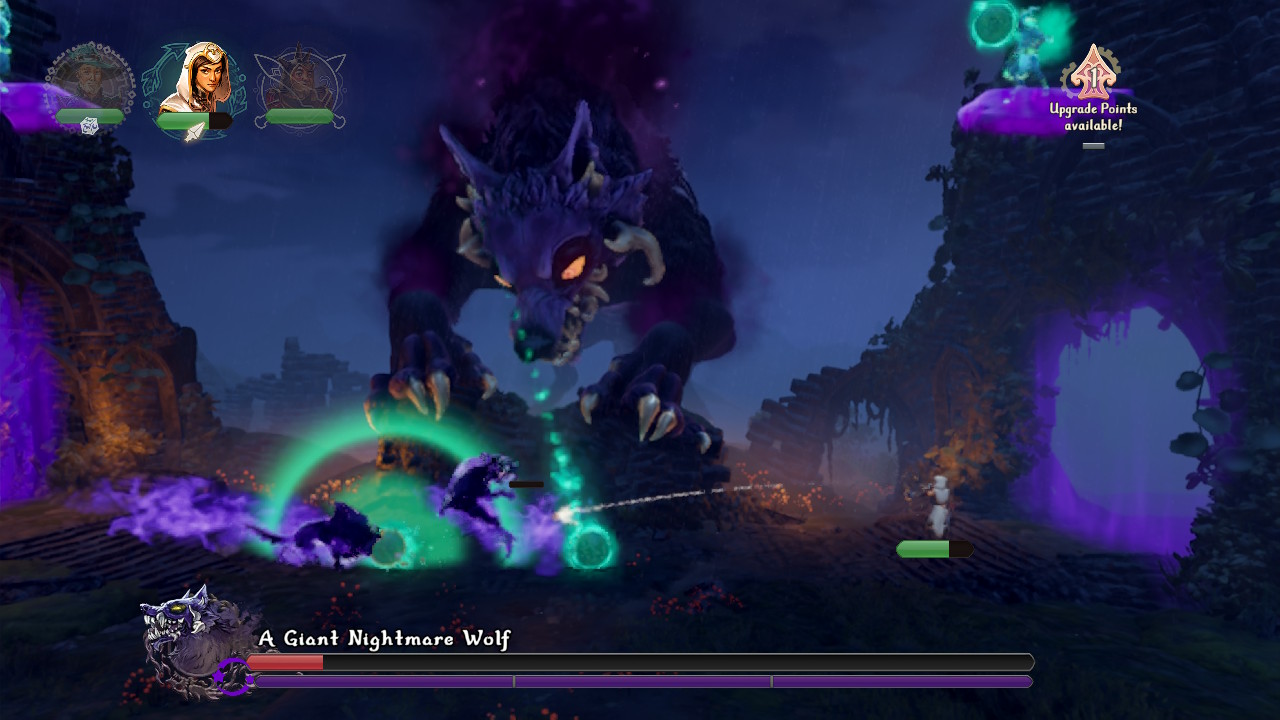 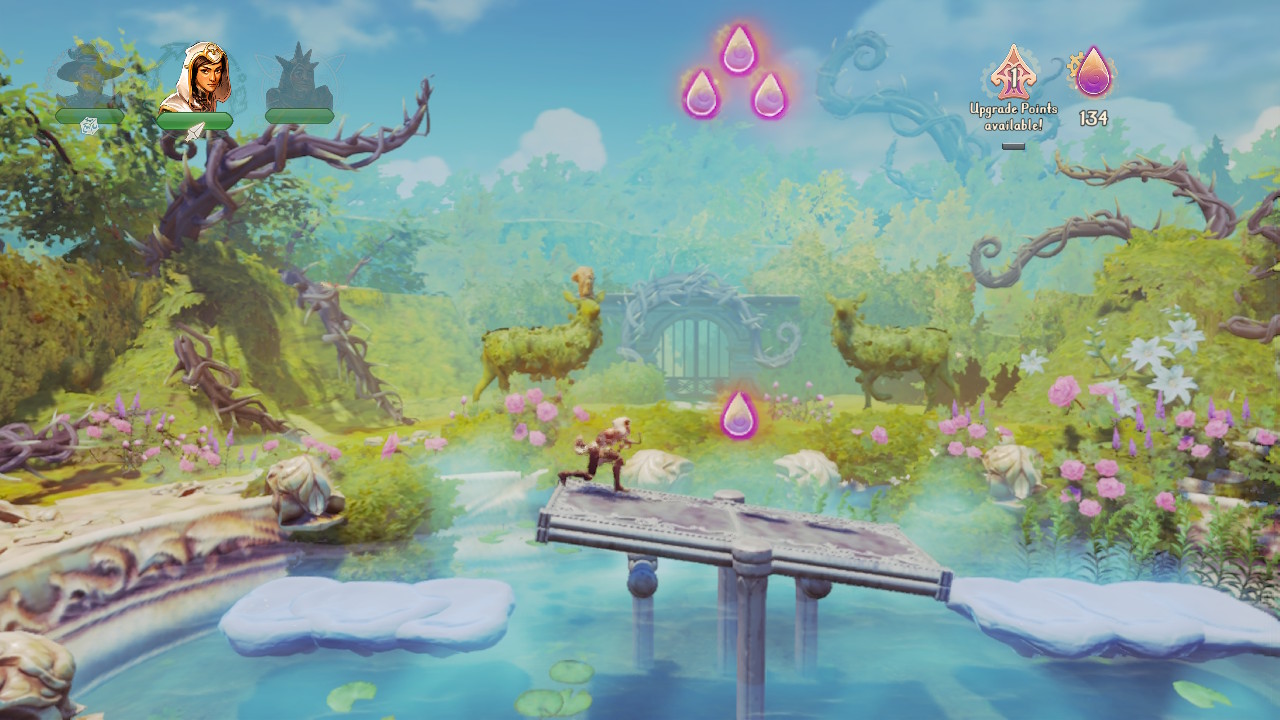