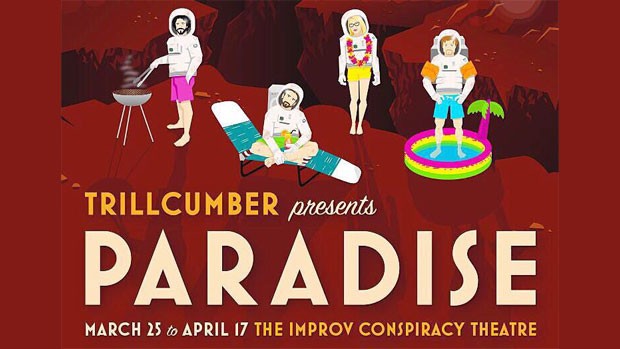 Welcome to the world of Trillcumber as they take you on an intergalactic journey from our drab lives on planet Earth to the red planet itself as we follow this whacky Australian group of comedians at the Improv Conspiracy Theatre for the 2016 Melbourne International Comedy Festival. As these four comedians introduce to their story, we soon discover that not everything is what it seems on Earth and in order to escape our boring lives of normality, Trillcumber follow a group of their characters as they escape themselves in order to start again on planet Mars.

Taking them to planet Mars is Harrison Gregory, the man responsible for the ship and also joining this eccentric inventor and dreamer is “The Narrator” who helps tell the tale of these lost souls. Some of the characters they play include “Billy”, a man who has always picked the wrong women to “Sally”, a recently released inmate due to financial fraud as the comedic four give us a humour, craziness and at times bizarre snapshot into their ho-hum lives. Trillcumber’s latest show “Paradise” even contains special effects as we watch Harrison’s space ship travel through space to Mars but there is a flaw and the “Narrator” knows that this mission is doomed. 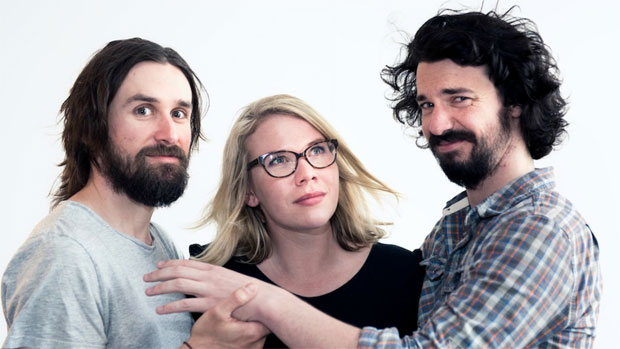 The show is also directed by Dan Pavatich, another Melbourne based comedian who adds his touch to Paradise but the stars of the show are Hayley Tantau, Mario Hannah, Simon Culloch and Ryan Zorzut who are not only crazy  but definitely brought a smile to my face and also plenty of lols! Given that we have seen some of the bigger comedians at the 2016 Melbourne International Comedy Festival, Trillcumber is a little raw which did have a few misses in the show but for the majority, Paradise worked on most levels and I don’t think I’ll ever get that strange look of Simon McCulloch out of my face as he played “The Narrator”. Equally as good is the almost chameleon like Haley Tantau who is also quite a good singer and is no stranger to comedy as she played a variety of characters in the show with my favourite being the “Ghost Hunter” fangirl!

Trillcumber Paradise is currently showing at the Improv Conspiracy Theatre and if you want to see something fringy and a little raw, then why not check out these amusing four comedians as they get intimate with the crowd!

For more information, please visit http://www.comedyfestival.com.au/2016/season/shows/paradise-trillcumber and don’t forget to check out their social media pages at http://facebook.com/trillcumber & http://twitter.com/trillcumber